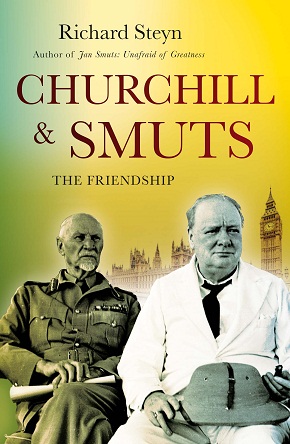 The old cliché that opposites attract is clearly evident in the friendship between Winston Churchill and Jan Smuts.

Churchill was an aristocrat born at Blenheim Palace with its 3 000 acres of luxuriant gardens and 320 rooms including reception areas, marble halls and galleries.

Smuts, on the other hand was born on an isolated farm in Riebeek West, in the wheat-and wine growing region of the then Cape Colony. Churchill didn’t like school or the discipline: he went from one preparatory boarding school to another and eventually to Harrow and then to the Royal Military College at Sandhurst where he failed the entrance exam twice. The third time he was placed 92nd on the list of applicants. Smuts, however, was an introverted sickly boy: his father thought his younger son “was a queer fellow without much intelligence”. Smuts went to school for the first time when he was 12 but soon overtook his classmates and then went to Stellenbosch University and eventually to Cambridge on an Ebden Scholarship, where he preferred studying to partying, probably “because of a lack of money”.

But such was the regard that Churchill had for Smuts that on his writing desk at his country estate, Chartwell in Kent, is a photograph of Smuts, among all the family members.  Steyn refers to the picture in the prologue of this riveting story of an unlikely friendship.

Sir Winston Leonard Spencer-Churchill is revered in his home country and beyond while Smuts had been virtually forgotten in South Africa and the rest of the world even though his legacy is still being felt globally. Churchill’s wartime exploits are well known, from when he was a PoW during the  Boer War to other theatres of conflict. Smuts too had his moments of glory on the field of battle, especially against Lord Kitchener’s forces, and then his elevation to high office alongside General Louis Botha, a long-time friend. Smuts served in the Imperial War Cabinet. Churchill admired Smuts so much that he described him in a letter to General Dwight Eisenhower  as a “magnificent man and one of my most cherished friends”.

When the Mahatma Ghandi was assassinated in 1948 the shock reverberated round the world. Albert Einstein said he “was the only statesman to stand for a higher human relationship in the political sphere”. Smuts said Ghandi, who fought for Indian rights when the pacifist lived in South Africa,  played a “very large part in the world…Altogether he was a strange human phenomenon”. Churchill made no comment on the man’s death. In his view he was just one more victim of the mass slaughter in India and believed that Ghandi was partly responsible.

Some of the highlights of Smuts’s life which are covered in the book include the Royal family’s visit to South Africa and his attendance at the wedding of the Princess Elizabeth and Philip Mountbatten at Westminster Abbey in 1947.  There he remarked that “We shall not see the likes of this again. We shall soon be passing away.”

Smuts made his final broadcast to the Commonwealth as Prime Minister of South Africa on the eve of his 78th birthday (May 23 1948) where he paid tribute to “Mother Britain” but he also presciently warned about the threat Russia posed to the Free World. The next day he voted to recognise the State of Israel, two days before the general election, which he later conceded did cost him some votes. Churchill too, was viewed to be a supporter of minorities and a sympathiser with Zionism. This when he stood as a Liberal candidate for Manchester in the general election of 1905/1906, and he romped home with a comfortable majority. Churchill was also opposed to a restrictive Aliens Bill, designed to curb Jewish immigration from Russia.

Churchill’s approach to religion was also different from Smuts’s. While Churchill was an agnostic he “loved the liturgical language of Anglicanism and often peppered his speeches with quotes from the King James Bible. Smuts believed in the harmonisation of the unit with the whole and was the foundation of his belief which he spelled out in his  book, Holism and Evolution which spurred him to found the League of Nations, the forerunner of the United Nations Organisation.

The two men were very different from one another but their views on race were the same. Which is probably why they are not remembered with much affection in the India and South Africa of today. Neither Smuts nor Churchill could conceive of a world where the white man was not dominant. Steyn writes that Churchill and Smuts were “far from being saintly but they were both, in their own way, among the greatest figures of the century, refuting the theory that men of their calibre are at the mercy of historical forces rather than the makers of history themselves.”

Churchill & Smuts: The Friendship,  is an absorbing read and Steyn has shed light on two characters who did much to shape the world as we know it today.