By Vincent Magwenya – Black Friday has come and gone, with popular consumer products ranging from food items, electronic devices and to furniture items flying off the shelves at bargain prices. 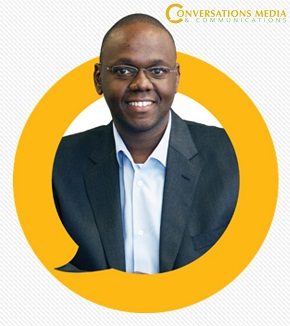 The retail phenomenon traces its growing popularity to the United States merchants of the 1980s, who recorded their sales profits accrued on the day after Thanksgiving, by highlighting them in black ink which contrasted the red ink that was used to show financial losses that were often suffered throughout the whole year until the beginning of the holiday season. Thus, Black Friday marked the beginning of the period retailers will no longer be in the red.

Again, this year, savings experts warned against unchecked consumer spending ahead of another season of Christmas shopping. While social commentators lamented Black Friday’s lack of cultural relevance to our country, bemoaning the insatiable appetite of South Africans for everything that originates from the United States in popular culture consumption, instead of embracing indigenous, homegrown creations. Others have gone as far as sounding the alarm bells that South Africa will soon adopt America’s Independence Day on July 4 and Thanksgiving Day on the 4th   Thursday of November.  However, the reality is the world has always been small and open to influences that transcend borders. American popular culture, from music, movies to clothing has always featured prominently in our cultural DNA. A sign of this cultural dominance is always witnessed when old and new American musicians continue to fill up our entertainment venues whenever they visit our shores. Social media has made the world even much smaller, friendships are orchestrated without physical introductions. Social trends are shared in seconds of viral content exchanged in billions of mega bites of data a day.

Recognising the strong lure of global culture and phenomenon’s such as Black Friday, the question is, do we have an opportunity to derive more economic benefits against our own prevailing conditions of a stagnant economy and rising unemployment? Do we have a unique value proposition that we can offer to Africa’s growing and increasingly mobile consumers, wherein we Africanise Black Friday and accrue more value than a once a year shopping spree? The answer to both questions is a resounding yes, if we can disrupt ourselves from lethargic process driven thinking, to creative and coordinated execution that can deliver tangible economic benefits. I am in no way suggesting this to be a panacea to our economic troubles, but it will certainly be the beginning of inculcating a business unusual, can-do attitude, that also rallies society broadly.

Imagine a scenario, wherein at all relevant levels of leadership of both the public and private sectors we redefine Black Friday to increase the number of shopping tourist to South Africa. We have unrivalled capacity to offer the best shopping experience on the African continent. Instead of a single, Black Friday day, we can create “Black Friday week” where we execute a series of decisions, actions and events with coordinated precision across the board;

I am certain there are more and better ideas. The 2010 FIFA World Cup gave us something positive to anticipate, we united, we visualised the possibilities, we lived the dream and felt better about ourselves as a people united behind a purpose. Today we are losing our shine in the world, which was recently underscored by our loss of the hosting rights of the 2023 Rugby World Cup, no less after the recommendation that followed an intensive evaluation. We are more divided in our consumption of challenges that face us. We can lift ourselves up to reach our dream by collectively realising opportunities where none seem to exist. Just imagine the temporary and permanent job opportunities that will be created in gearing up for our own homegrown version of Black Friday.