The lovely South African alternative folk singer Van T is joined by British singer songwriter LONGY on a 10 day tour up The Garden Route this December.

This tour forms part of LONGY’s year long project of playing 500 shows in a year.

Come see them, if you are at one of these places:

Here is a bit of info on each of them: 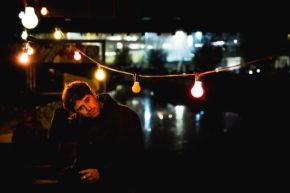 LONGY – All the way from the UK.

LONGY launched a campaign in April. It is his own way of a claim of what music is for him. He’s never before put anything online and made a stand in the UK scene even so, and was all about live music – his current campaign is to play 500 shows in one year. His two first EPs are now released and a new EP The light you shine lives on forever is coming out in October.

His first 3 months of the campaign have taken place around Essex and London. He then will move onto Europe and South Africa. 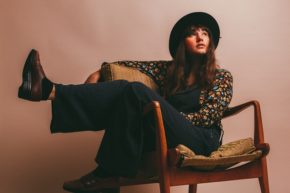 If it were possible to meld the heart of Mazzy Star, the soul of PJ Harvey, and pure poetic prowess of Throwing Muses’ Tanya Donelly into a solitary star she’d go by the name Chantel Van T.

Van T’s delivered a five track EP, Tides, and her first debut album We’re Still Running was released in 2015. Singles off of them including ‘What Do You Do’, ‘May Mood’ and ‘Paperblood’.

Since then she has graced stages locally and abroad, including a European tour in 2016 as well as recording with producer Anders Christopherson from Denmarks Wsls records.

She is on a mission to unearth raw feelings, coupled with intoxicating melodies, Van T took the best of her old school musical upbringing and added multiple layers of life. Think The Rolling Stones, The Beatles and just enough Joan Baez and Joni

Mitchell to elicit the requisite feeling music is famous for elevating, and that’s exactly the wave this singer/songwriter rides.

Alternative, indie, ambient folk, Van T flies against rigid style classification thanks to the energy driving each track. “These songs are close to home,” she admits. “Each is rooted and grounded in space and time. It’s been a cathartic, intense and exciting journey to here.

Always curious, a just restless enough to seek out new adventures, this one time quantum scientist and actor want-to-be has clearly found her vessel to best satisfy her passion. And this is just the beginning of the continual discovering in this artist’s musical abyss.