After more than eight successful years in the music industry, SAARKIE, described as the country’s favourite Afrikaans all-girl rock group, and will be touring and promoting their new album, Queen Van Die Toorbos. 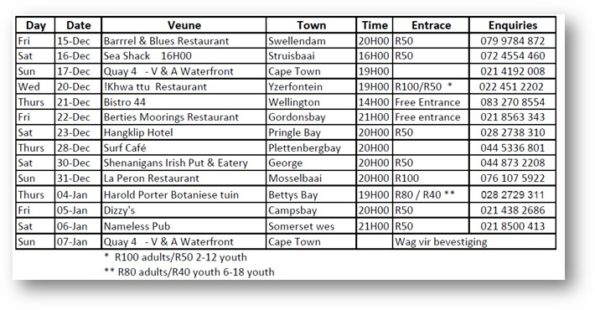 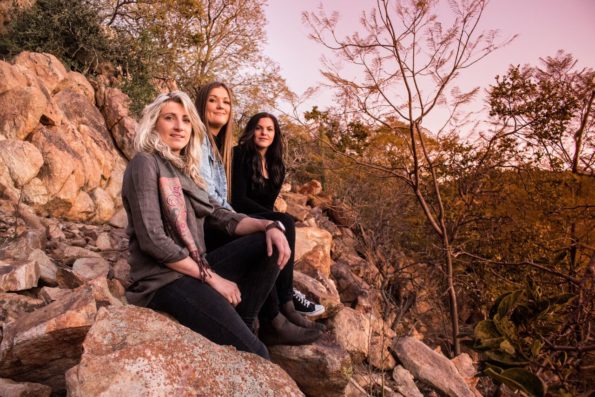 SAARKIE consists of three beautiful, talented musicians. Adèle Fouché is the lead singer, songwriter and also plays the guitar and harmonica.  Lila Botha is the group’s drummer and also does backing vocals. Erika Pretorius is the newest addition to the Saarkie and joined the group in 2016 after Lourene Mostert left. She plays bass guitar, keyboard and also does backing vocals.

The group has made their mark at all the big South African music festivals such as Aardklop, KKNK, STRAB, Mieliepop and Inniebos from the very beginning and has also shared the stage with some of the country’s most famous artists like Karen Zoid, Francois van Coke, Die Heuwels Fantasties, Spoegwolf, Steve Hofmeyr, Kurt Darren, The Parlotones, Cindy Alter (Clout), Ballyhoo and many more. The trio was also part of the Rock in jou Taal concert at Carnival City in 2016 and performed at Dozi’s Back to the Roots.

After more than eight successful years in the music industry, SAARKIE certainly needs no introduction and is often described as the country’s favourite rock group. This Ghoema (Best Rock Album of the Year, Best Album by a Group or Duo, Group of the Year) and SAMA (Best Rock Album) nominated trio has recently released a brand new single, which was very well received and confirms why these ladies will ‘always’ have a place on the South African stage.

VIR ALTYD stays true to the energetic electric acoustic sound, which made them famous, and can be described as a combination of modern Pop and Rock. The song was writtend by Adèle Fouché and Mjön van Blommestein and represents the good space in which the Saarkies currently find themselves. “Everyone has that someone they want in their lives forever, even if you have never met that person. The song tells the story of someone who wants to share his or her dreams with a person like that… forever,” the girls explain. “We think audiences will like the song, because it has a universal theme that anyone can relate to. It also has a catchy tune that invites you to get on the dance floor and sing along.” They are also planning on releasing a music video of the single soon, which will include footage that was collected from all over the country.

The single is the first release from their coming album, Queen van die Toorbos, which is scheduled for release later this year. Listeners can look forward to some brand new elements, such as piano and cello music, which were included in some ballads, as well as some awesome guitar solos in most of the Rock tracks. Their fourth studio album boasts eleven original songs and three covers, including Stille Waters (Laurika Rauch), I’m On Fire (Bruce Springsteen) and Beds are Burning (Midnight Oil), on its playlist. The titular track is credited as their favourite.