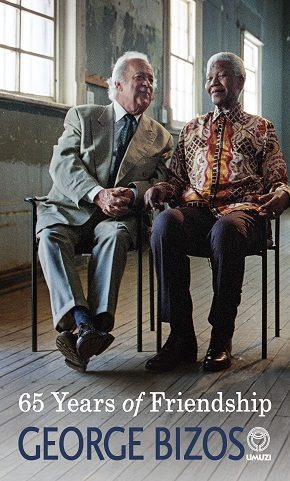 The Ford Motor Company produced the F1, its first full sized bakkie while Porsche introduced the world to its production vehicle, the 365;  the Indian pacifist, Mohandas Karamchand Gandhi was assassinated in 1948; in 1960, police opened fire on a peaceful crowd, killing 69 people and wounding 186, resulting in the infamous Sharpeville Massacre; Robert Sobukwe, President of the PAC and Kitchener Leballo, national secretary, as well as 11 others were charged with incitement to riot, also in 1960; South Africa is declared a republic in 1961; a farmer tried to assassinate Hendrik Verwoerd, South African Prime Minister and the architect of apartheid, at the Rand Easter Show in 1966; Chris Barnard performed the world’s first heart transplant at Groote Schuur in 1967; and in 1968, US civil rights activist Martin Luther King Jr. was assassinated in Memphis, Tennessee.

These are just a few of the landmark events that took place during the enduring friendship between renowned human rights lawyer, George Bizos, 89, and Nelson Mandela, which lasted for 65 years until the former president’s death in December 2013.

Mandela was an African freedom fighter. Bizos arrived in South Africa as a 13-year-old refugee with his anti-Nazi father, escaping the forces of fascism that was taking root in Greece. The perilous journey is described in his memoir, Odyssey to Freedom, written by Cape Town author, Mike Nicol.

Bizos and Mandela might have come from two different worlds but their commitment to human rights and justice for all was the glue that held them together, that, and Greek philosophy.

Many people who have written about Mandela have claimed to be his friend.  But there can be no doubt about the veracity of the sub-title of the book, A memoir of my friendship with Nelson Mandela. The respect and love Bizos had for South Africa’s first democratic president is at the forefront of the book. And Mandela’s  admiration for his trusted confidant is clear in the prologue. “… He is considered a member of our family. Most of my children, grandchildren and great grand-children are rather partial in fact, to their Uncle George”.

Bizos first met Mandela when they were both students at Wits in 1948. And the rest, as they say, is history.

The book is not just a story about a friendship, it chronicles the legal battles Bizos and others fought on behalf of Mandela and his comrades, including his ex-wife Winnie. The human rights advocate also paints a frightening picture of some of the racist magistrates and judges he encountered. In one incident a magistrate, Willem Dormehl, did not believe that Mandela, who was defending a government employee of accepting a bribe, was a lawyer.

Eventually Mandela produced his certificate of admission. But even that wasn’t good enough and, after asking Bizos for advice, recommended to his client that he petition the Supreme Court to ask for Dormehl to be recused for his racist behaviour.

Bizos, who accepted many briefs from the law firm, Mandela and (OR) Tambo and attorney, Shulamit Muller, in the early days, also describes how the blacks were treated in the rural courts, where segregation was strictly enforced and the cases presided over by magistrates whose grasp of English was rudimentary at best.

There is also an insider’s look at the marriage of Graca Samora Machel and Mandela. What generally wasn’t known, according to Bizos, is that Samora Machel had moved in with Mandela “for a certain period before they wed”. And it was at Archbishop Desmond Tutu’s urging that they tied the knot on his 80th birthday.

65 Years of Friendship is a remarkable account of a remarkable friendship that stood the test of time through losses, sadness, hardships, happiness and victories which culminated in a democratic South Africa. The book is written with warmth and sincerity. I found it hard to put down and read it in one sitting. The memoir is a worthy addition to the “Struggle” books and deserves a wide audience.