Another emphatic victory for Western Province, this time by eight wickets against North West, saw the Cape side continue their winning and dominant ways on Day Four of the Cricket South Africa (CSA) Girls under-19 Week in Port Elizabeth on Wednesday. 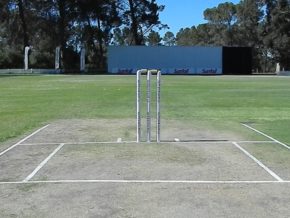 They reached their victory target of 104 in 21.2 overs after impressive bowling by Christine Tomlinson (3/13), Nadia Mbokotwana (2/15), Anja la Grange (2/14) and Leanne Eksteen (2/27) had North West restricted to 103 in 41.4 overs earlier in the day. Carma Rossouw top scored with 21 from 48 balls with teen-scores from Liné du Preez (17) and Azelle Venter (15) bringing up the top three efforts for the team that won the toss and elected to bat first.

Alida van der Merwe hit an unbeaten, 84-ball 58 (five fours) to steer her side to victory. North West’s Tshegofatso Rampai (1/15) and Kegomoditswe Sealogo (1/27) were the only bowlers who managed to strike with the wickets of Mbokokwana (6) and Sarah Smith (11) respectively, before Anri Grobbelaar (7*) accompanied Van der Merwe and WP to victory.

A half-century (76 off 79 balls) and five-wicket haul by Momentum Proteas youngster, Nadine de Klerk saw Northerns secure a 187-run drubbing of Free State at Nelson Mandela University B Field. She shared a 160-run, fourth-wicket partnership with Michaela Kirk (75 off 106) to help their side reach 216 in 43.2 overs after being put in to bat first.

Free State’s Mapaseka Nqnqula (2/16), Envrick Cornellissen (2/22) and Jakkie Cilliers (2/23) were the pick of the bowlers with two wickets each and did well to restrict the rest of the rest of the line-up from scoring after the dominance shown by De Klerk and Kirk in the top order.

The Central side’s batting reply was snuffed out by extraordinary bowling by De Klerk, who showed her experience, returning figures of 5/4 in 4.5 overs, including two maidens. Paulina Mashishi and Nomahlubi Makgato’s respective 3/6 and 2/1 were the final nail to the Free State coffin as they were skittled out for a scant 29 in 101 balls.

In the third, big margin win of the day, KwaZulu-Natal Coastal cruised to a 142-run thumping over Border when the sides met at Old Grey. KZN won the toss and elected to bat first, posting a competitive 239 in 47.1 overs thanks to Jade de Figueiredo (40), Lola Lee (32) and Kiara Fisher (31).

Siyanda Tyesi put up the only fight in Border’s batting innings, returning unbeaten on 43 off 87 deliveries (five fours), as the rest of the line-up fell for less than Nobulumko Baneti’s 13. They were eventually bundled out for 97 in 29.2 overs.

In other matches, Jamie de Vos took a remarkable 6/9 for Mpumalanga as they claimed a satisfying, six-wicket win over Northern Cape; Khushi Mistry took four wickets for 26 runs to help Limpopo topple the hosts, Eastern Province by seven wickets in Gelvindale.

Elsewhere, the bowlers continued to rule the day as Gauteng beat Easterns by 46 runs in spite of Gabsile Nkosi’s continued good form, this time taking a notable 4/16 in eight overs, including two maidens. She, along with Dieketseng Nchabeleng (2/13) and Karen Woest (2/15) limited Gauteng to 110 in 39.1 overs, but their batters could not get them over the mark in reply. The youngsters from the East (68 all out) were defeated by a ruthless bowling effort from Gauteng, which saw Jenna Searle (3/17) and Chelsea Feben (3/19) share six wickets between them, with two more added by Mabe Pontsho (2/7) to ensure a convincing conquest for the Johannesburg side.

In the last fixtures of the day, Boland smashed a 69-run triumph over Kei, while South Western Districts secured a 26-run win over KZN Inland.