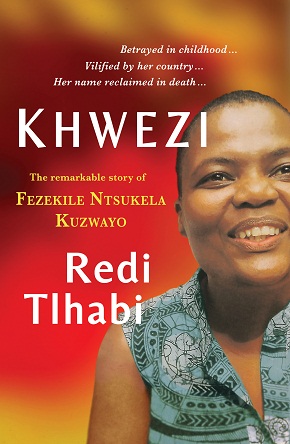 By the time you read this review Jacob Zuma will no longer be the leader of the ANC and unless the National Executive Committee decides to recall him he will still be president of South Africa. The blemishes on his record are there for everyone to see: Nkandla; State Capture; not upholding the Constitution; violating his oath of office; and appointing cronies to key positions in the judiciary and the treasury.

However, I think the biggest blot on his copy book is that of the woman named Khwezi, who accused him of rape. She was the daughter of a struggle comrade, Judson Kuzwayo.  Although the court found Zuma not guilty in 2006 before he became president in 2009, and acquitted him, many people still have their doubts.

Khwezi made a sudden and unexpected appearance in Zuma’s life again when a group of young women staged a silent protest with placards stating “Remember Khwezi”;  “I Am 1 in 3”, a reference to the 1 in 9 campaign and “10 Years Later”,  when the president was making a speech after the local government elections. But he was unperturbed and security soon removed the protestors.

In the book, subtitled, The remarkable story of Fezekile Ntsukele Kuzwayo, Tlhabi examines the life of Kuzwayo who with her mother, Beauty, a well- known actress in her day, were hounded out of South Africa by Zuma’s supporters, who allegedly burnt down their house.

Sending them both in to their second exile. Through friends they found a home in Amsterdam.

Khwezi is also an examination of the predatory nature of men, especially those who think it is their right to do what they want with women, even when they are as young as Fezekile was when she was raped by “uncles” during the Struggle when they were supposed to be protecting her.

One of the journalists who was close to Zuma at the time told Tlhabi about an encounter with the president. The unidentified reporter said Zuma invited her to her house after a meeting with SANEF, the South African National Editors Forum, to discuss a sensitive matter in front of one of his trusted aides, thinking it may be a story of national importance she agreed. However, the reality was completely different. Zuma dismissed the aide and then invited the reporter to another room because he wanted to show her something. It was a bedroom and there Zuma kissed her. The woman told Tlhabi , that day she knew what happened to Fezekile  and three years after the trial which she covered, she knew Khwezi had been speaking the truth.

Zuma also made a pass at Tlhabi who had interviewed him several times and found him courteous, charming and a good conversationalist.

Tlhabi writes that the outcome of the trial was a triumph of the law over justice and it is an opportunity to interrogate concepts such as “justice, equality and fairness”. After reading the book you can decide for yourself if the trial was fair and whether justice was served.

Somehow I don’t think so. Tlhabi has used transcripts from the trial that will help you decide one way or another.

Khwezi is a searing account of one woman’s life and death and how the alleged rape affected her, her family and friends.

Former Constitutional Court judge Zak Jacoob said in 2014. “I have a serious difference of opinion. I had a serious problem with the Zuma judgment. If it were me I would have set aside the judgment.” Yacoob believed the trial was a story-telling contest between two sides, not about finding the truth. And the side which told the better story won.  Which probably gets to the heart of the matter.