In “The selective nature of place branding and the layering of spatial identities” published in the Journal of Place Management and Development, M Boisen, K Terlouw and G Bouke  write that “Perceptions of places … are influenced by the ways in which they are represented by the media.” 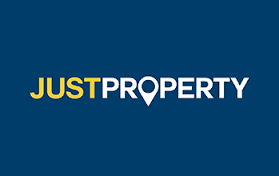 Researchers CE Carroll and M McCombs, found that greater coverage makes for greater public awareness, that attributes defined in media coverage become the attributes the public uses, and that if news coverage is positive public perception will be too.

CM Hall, in Current Issues in Tourism, wrote that the media play “a major part in informing consumers’ images of destinations … either directly in terms of being read, heard or watched, or indirectly through the advice given by friends, relatives and other sources.”

It would be fair to assume that these “other sources” include social media. So can social media affect the public perception of cities, suburbs and areas within those suburbs? Can community-driven public relations through the word-of-mouth effect of social media have an effect on property prices?

Paul Stevens, CEO of countrywide real estate group Just Property, says he has definitely seen the impact of social media on the perception of an area. Stevens points to the mindset of the buyers in an area: “This is a little-explored driver of demand for property, and therefore the value of your property. It is also something that the man/woman-in-the-street can influence, unlike fiscal policy.”

In September 2017, Business Tech estimated that 16-million South Africans were on Facebook. While traditional media may focus on the “bad news” in areas, social media community groups tend to amplify the “good news”. Consider a Facebook group of mothers, such as The Village, which numbers in excess of 10 000. A member posts that she’s moved to a new area and asks other members which school nearby would suit her particular child. If the overwhelming responses from mothers living in the area favour one particular school and trumpet its academic, cultural and sporting successes, that school’s standing will rise in the eyes of all the other members.

What is not so apparent, says Stevens, is that the area too is promoted. All the members of the parenting group realise that there is an excellent school in the area. It becomes more desirable to them.

Similarly, a vibrant neighbourhood watch Whatsapp group and/or a Facebook community page for a particular residential node fosters a strong sense of safety and belonging between residents. And while such a forum would of course discuss crime in the area, their crime-prevention successes will be trumpeted. This in turn projects the impression that the community has taken control. Security companies are held to higher standards through the pressure of numbers, neighbourhood watch patrols are organised, funds are raised for the installation of cameras, and it becomes a self-fulfilling prophesy. The area actually is safer. Word gets out, and the node’s reputation improves.

It would not be surprising to hear that as an area becomes more desirable, house prices also improve. Stevens confirms this is the case and uses Summerstrand in Port Elizabeth as an example.

The suburb has always had its fans – afterall it is right on the beachfront and has a unique mix of vibrancy and peace. But it has also always had its detractors. Schools like Grey and Collegiate were historically seen as superior options, there was a perception that petty crime was rife, it had a reputation for noisy revelry being so close to the university… “That has all changed,” says Stevens, “and house prices have risen accordingly.”

Stevens ascribes the positive traction Summerstrand gained to social media activity that showcases the lifestyle offered in the neighbourhood via events such as the Iron Man and Richard von Wildemann’s marathon surf ski ride from Cape Recife.

“At the same time, you had Atlas Security increasing their visibility in the neighbourhood, and residents commenting on social media about initiatives like their Dedicated Patrol Vehicles, installation of CCTV cameras at key locations, and partnerships with residents and the SAPS.” Stevens notes that Atlas’s crime reporting is highly “shareable” with monthly infographics posted on Whatsapp groups and Facebook pages.

“The local high school (Pearson) has seen great changes to its campus as well as academic and sports results… again, all amplified and broadcast on Social Media. Things like this are shifting sentiment, making the neighbourhood seem more attractive to people motivated by lifestyle factors. Property owners have a lot of power in their hands and on their phones!”