A team of ten people – including quantity surveyors, project managers, environmental consultants, and engineers – is currently working in the Garden Route to assess applications for grant funding in the wake of the storms and fires that tore through the region during June 2017. 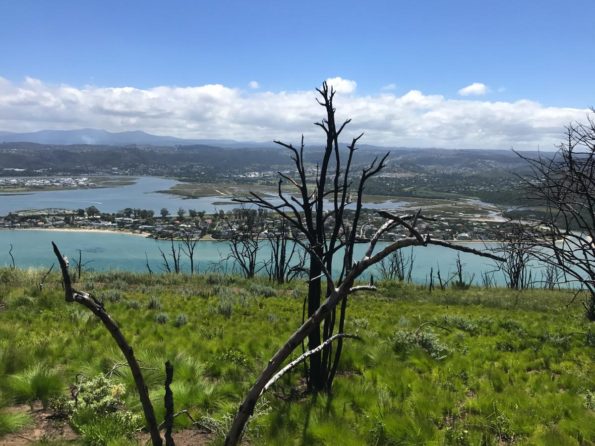 According to the Manager: Emergency Services at Eden District Municipality, Gerhard Otto, the team is employed by KwaZulu-Natal-based Focus Project Managers and Quantity Surveyors, which was appointed by the National Disaster Management Centre (NDMC) as the professional service provider for the assessments.

Mr. Otto said that the size and scope of the applications has evolved as officials and planners have realised the exact nature and extent of the disaster.

“We’ve found in the period since the fires that, for example, some of our roads have begun subsiding, even though the verges were stabilised immediately after the disaster – so this cost has been added to the application.

“Similarly, we now feel that alien clearing is of utmost importance since things like wattle and rooikrans have begun to germinate, and we need to remove the seedlings while it’s still feasible to hand pull them, and before they become an even larger problem,” he said.

“Emergency grant funding covers the cost of projects that we had to do in the first three months after the disaster, and which were paid for at the time by the municipalities involved.

“These payments came mostly out of the municipalities’ operating budgets – so if these applications are successful, these grants will reimburse the municipalities, which will ensure that their budgets last their full terms,” he said.

“Disaster rehabilitation and reconstruction funding covers longer-term projects like infrastructure repair, for which we usually provide the NDMC with multi-year budgets.”

Although the fire damage was extensive, Mr. Otto pointed out that some regions of the district suffered damage from the storm-strength winds – which gusted at up to 97 km/hour – and that the cost of repairing this damage is also included in the applications.

“The extent and cost of wind damage to RDP houses in the George area is also being assessed and verified at the moment,” he said.

Mr. Otto said that the Focus team is expected to complete its verifications and assessments during the course of this week, and that the team will then issue a final list of projects identified for grant funding.
Dr. Hildegarde Fast, chairperson of the Garden Route Rebuild Steering Committee, said that “The professional standing of the service provider should ensure that this is a credible verification process, with final amounts that make sense.”

Dr. Fast pointed out that all departments dealing with rehabilitation and reconstruction make their own applications to the NDMC.

“Once the NDMC has decided that it will fund an application, its decision has to be published in the Government Gazette, and the money then goes directly to the departments concerned.

“We are hoping to get into the budget process for 1 April.”

Dr. Fast emphasised that none of the emergency grant funding or the disaster rehabilitation and reconstruction funding goes to individual victims of the fires or the storm. “These applications are completely separate from the humanitarian support provided during and immediately after the disaster,” she said.

For information about the Garden Route Rebuild, please visit www.gardenrouterebuild.co.za