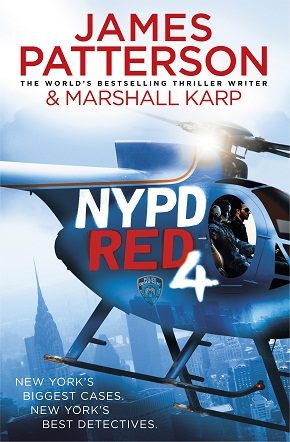 Detectives Zachary Gordon and Kylie McDonald are part of an elite task force who are called in to investigate cases involving the rich and famous. This time they have their hands full investigating the murder of a movie star, Elena Travers, and the theft of her necklace that she was wearing to the premier of her movie and a series of thefts from hospitals where the target was hi-tech medical equipment. Their boss, Captain Delia Cates, gives them free rein but she wants the crimes solved, and quickly.

Elena Travers is wearing an $8 million necklace designed by Max Bassett, “jeweller to the stars”, who owns Bassett, with his brother Leopold.  Among the prominent guests at the premier is columnist Lavinia Begbie cradling her pet, Harlow, a West Highland white terrier. But she is really there to find out whether Basset is going to be sold to Precio Mundo. Leo is all for the sale because it would set him up for life. But Max is dead set against it as he doesn’t believe the “big box store” is good enough to market the Bassett brand. Leo is supposed to accompany Travers to the premier. But he trips over Harlow into the buffet , has a hissy fit and refuses to walk down the red carpet “smelling like fish stick”.  So the actress has to find another escort. And that’s when things go wrong. Travers is shot and killed when her personal trainer, Craig Jeffers, tries to wrestle the gun away from “one of the perps” to prevent the theft of the exclusive necklace.  While Gordon and McDonald are busy with the case they are summoned to the mayor’s office where Muriel Sykes and her husband, Howard, tell them about the hospital thefts but they have to keep it out of the media. Gordon and McDonald find the people responsible for the murder of Travers and the theft of the necklace: Raymond Davis and Teddy Ryder. But Davis is dead and Ryder, who is mentally challenged, has the necklace.

Meanwhile personal issues are hampering the investigations:  McDonald’s husband, Spencer Harrington, a drug addict, has escaped from his rehab centre and is causing havoc, and Gordon’s new girlfriend, Dr Cheryl Robinson, the police department’s shrink has just moved in with him. But things are not going according to plan and Gordon, who had a fling with McDonald still feels responsible for her.

A character that adds interest and spices up Patterson’s formula writing (with Karp) is Annie Ryder, mother of Teddy and a con woman supreme. And she is determined to save him from a lengthy prison term. This is the fourth book in the Red Series, which I don’t think are as good as Patterson’s other offerings but fans will enjoy it.