(Cape Town, 6 February 2018) Four South Africans are among the top contenders for bragging rights of being called the Discovery Triathlon World Cup Cape Town champions, the opening race of the 2018 International Triathlon Union (ITU) season which takes place on February 11. 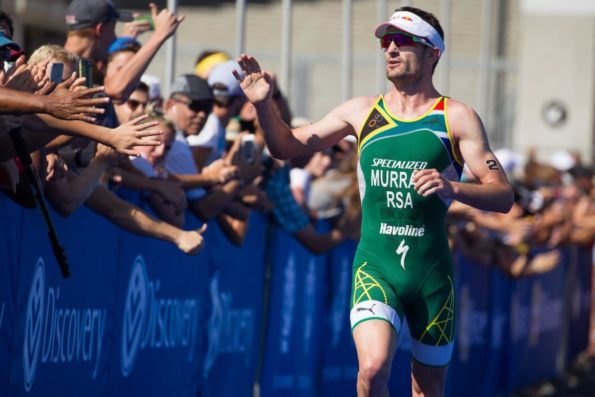 The event is the only World Cup triathlon event that takes place on African soil and forms part of the Discovery Get Active Weekend, which includes the Discovery Retro Run on Saturday 10 February and the Discovery Triathlon World Cup with a duathlon option on Sunday 11 February.

South African Richard Murray is the men’s defending Discovery Triathlon World Cup Cape Town champion, and is set to go head-to-head with countryman Henri Schoeman, who came second in the 2017 event. Schoeman became the first South African to win an Olympic medal for triathlon by winning a bronze medal at the 2016 Rio Olympics.

South African Gillian Sanders, who on 30 January was announced as part of the South African Commonwealth Games team, is set to take on the 2018 season after achieving first place in the2017 Dakhla ATU Sprint Triathlon African Cup in December. Sanders also came first at the 2017 Yasmine Hammamet ATU Triathlon African Championships in May, and placed fourth at the 2017 Aqaba ASTC Sprint Triathlon Asian Cup and West Asian Championships in October. Meanwhile, Simone Ackermann, who now wears South African colours, will also be looking to announce her arrival in the South African team with a bang.  Schoeman, Murray, Sanders and Ackermann qualified for the Commonwealth games and are in the same team, along with Wian Sullwald.

International competitors setting their sights on the podium include Joao Pereira from Portugal, who was placed 5th in the Rio Olympics. As a regular face on the ITU World Triathlon Series, he is one of the athletes to watch in this 2018 opener.

After a strong season last year, the young German Jonas Schomburg will be looking to make his mark on 2018, as he works towards his goal of the 2020 Olympic Games in Tokyo. Other elite athletes coming to Cape Town are Brazilian Manoel Messias, the 2015 Junior World Champion who placed third in the 2017 Salinas ITU Triathlon World Cup, and Stefan Zachaus from Luxembourg who is keen to rise up in the ITU ranking in order to qualify for the 2020 Olympics.

Non Stanford and Vicky Holland from Great Britain are both athletes to watch in the women’s event, Stanford having finished fourth at the Rio Olympics, with Holland winning the Bronze medal. Stanford placed strongly in a number of events in 2017, taking a gold medal at the Chengdu ITU Triathlon World Cup, and in 2016 she came first at the ITU World Triathlon Cape Town.

Other country pairs among the women are Ai Ueda and Juri Ide from Japan, and Austrians Lisa Perterer and Sara Vilic. Vilic took third place at the 2017 ITU World Triathlon Abu Dhabi.

Chelsea Burns from the United States and Rachel Klamer from The Netherlands will also join at the start line, along with Melanie Santos from Portugal who finished second in the Under 23 Women’s event at the 2017 ITU World Triathlon Grand Final Rotterdam.

The race will start at the V&A Waterfront, with the swim leg of the triathlon beginning in Quay 6, before the route takes the athletes past the Green Point precinct and along the scenic Sea Point promenade before finishing on the Green Point Common Fields.

For more information and to enter the triathlon: http://www.triathlon.capetown/