Budget 2018/19 brings to mind the popular quote: “insanity is doing the same thing over and over and expecting different results”. 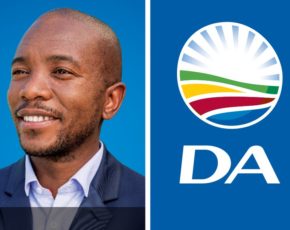 In the name of social justice, the ANC government has clung to populist policies such as restrictive labour legislation, a large public sector wage bill, a high degree of state ownership of the economy, over-powerful unions (especially SADTU) and restrictive, race-based empowerment policies.

These are made in the name of the poor, and yet they hurt the poor most. The fact is, the only way out of our social and fiscal problems is through robust economic growth. And the only way to achieve that is through fundamental policy reform that emphasizes growth over redistribution.

Nothing in the budget suggests that is going to happen any time soon. So the poor will continue to pay the heaviest price for ANC government failures, just as they do in this budget whose one percentage point increase in VAT and 52c per litre fuel levy hike both hit the poor hardest.

President Ramaphosa has inspired great confidence that he will tackle corruption and state capture and fill his cabinet with capable individuals. These are welcome changes, the first essential steps to reversing our social and fiscal decline.

But this alone is not nearly enough to unleash the kind of growth that would make life materially better for most South Africans. For that we need real structural change – we need to do different things rather than merely doing the same things better. This means a fundamental change in policy direction.

We need a fairer labour market. Current legislation favours the employed over the unemployed, the skilled over the unskilled, incumbents over new entrants (hence our youth unemployment rate of 50%) and big businesses over small businesses. All in all, it acts as a massive deterrent to entrepreneurs, especially those whose business ideas involve low-skilled, labour intensive work.

We need to free up small businesses to encourage entrepreneurship. Young people, and businesses with fewer than 250 employees should be exempted from restrictive labour legislation, other than basic conditions of employment – including minimum wage legislation.  This is the only way Ramaphosa is going to fulfil his promise of one million internships in three years.

A critical point, made by Harvard economist Ricardo Hausmann, is that enabling uneducated people to get jobs doesn’t just give them an income, it gives them a ticket to acquire a skill, because most technical “know how” resides not in universities or colleges, but in the economy. This is one up from free education; it’s education with a small income!

As per Kgalema Motlanthe’s High Level Panel report into current legislation, we need to remove the extension of collective bargaining agreements to non-parties, who cannot carry the cost of wage agreements imposed on them.

A fairer labour market alone would make SA much more globally competitive. The fact is, we need to grow our value-added exports and for that, we need to be able to compete with other countries.

We must increase our global competitiveness by auctioning off the high-demand spectrum and using the proceeds to increase access to mobile internet and to roll out fibre fixed lines.

There’s a reason our economy is lagging behind other emerging market economies. It’s because our policy environment is not allowing us to compete on a level playing field.

Government must withdraw the current version of the Mining Charter and the MPRDA bill, to make our mining industry more competitive. It must open up power production to independent power producers, to bring down our electricity costs – not just in our mines but for all companies.

We need a wholesale change in empowerment policies, to move away from race-based policies that enable elite enrichment, towards policies that fundamentally break down the system of deprivation that still traps millions of South Africans in poverty.

Poor people and land reform beneficiaries must be given title deeds for the land they live and work on. Employee share ownership schemes must be incentivised. The poorest children should have the best and most motivated teachers, not those who are shielded from accountability by the over-powerful teachers union SADTU.

The DA is for a lean, capable state. Our public sector has grown into a bloated, patronage dispensing machine that consumes the lion’s share of our budget and delivers very little value, while crowding out essential spending on the infrastructure we need to be globally competitive.

We suggest a one year pay freeze for all but the lowest-earning public servants, and performance-related pay structures. This, coupled with reducing our executive to about 15 ministries, and our foreign missions by about 69, and withdrawing from the New Development Bank would help to balance the budget on the spending side rather than the taxing side.

Instead of continued state ownership but with better boards, we need to take the bold step of privatising or part-privatising non-strategic SOEs.

But instead of these growth-enhancing policies, President Ramaphosa seems to be flirting with even more populism. So it looks like the poor are going to go on paying for ANC failures, all made in the name of social justice. That’s populism for you.