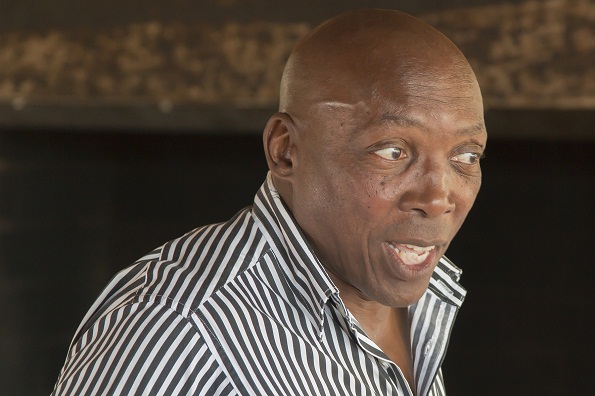 This commitment was formalised by a Service Level Agreement reached by Eden District Municipality and Plettenberg Bay Crime Prevention Association (PBCPA) Law Enforcement Officers signed on November 13, 2017. This saw recruitment and induction of 15 beneficiaries appointed through the EPWP programme on a R180 per day stipend. During a Ceremony of Appreciation and Handovers, which was held at the Plettenberg Bay Angling Club, new uniforms were handed out to beneficiaries, four beneficiaries were also given certificates for their outstanding performance over the past few months.

The EPWP Law Enforcement Programme is a first of its kind for the District and according to the Manager: EPWP, Mr Richard Dyantyi, the Executive Mayor of Eden District Municipality, Cllr Memory Booysen, earlier in 2017 requested that the original plan of 10 job opportunities would not be sufficient. The Mayor asked that an additional five (5) appointments be made which would the add up to 15 job opportunities.

The Eden DM Executive Manager, Planning and Economic Development, Mr Lusanda Menze, during his welcoming address, explained that EPWP is one of the key focus areas of the Executive Mayor, which provides the opportunity for the unemployed to enter the job market. “The Garden Route’s main economic driver is tourism which cannot grow if crime prevails, Law Enforcement Officers are critical in ensuring that law and order are kept and that tourists feel safe in our district,” said Mr Menze.

Marius Venter coordinates EPWP at PBCPA, said that the first big job of the Law Enforcement Officers was the Matric Rage in December 2017. No serious incidents happened during this period which indicated that the EPWP Law Enforcement Officers did a sterling job. Venter did, however, explain that Council needs to look into additional funding for overtime because incidents of petty theft that usually takes place between 16:00 and 19:00 when tourists stroll along the beautiful coastal beaches of Plettenberg Bay. Currently, the regular working hours of EPWP Law Enforcement Officers start at 07:30 and end at 16:30, but in some cases Officers are required to work up to 12 hours per day, especially during the high-season.

Mayor Booysen in his keynote address thanked PBCPA for partnering with Eden DM to make the program a success. He urged beneficiaries to take up the opportunity which has been provided to them and to “grab it both hands” – this dedication could see them one day growing into permanent positions. Cllr Booyen also reiterated the importance of Law Enforcement Officers to keep upholding the reputation of Eden DM while on duty.

The need for additional training was highlighted by the Mayor, and he said that the Municipality is “currently looking into further training opportunities that will be of benefit to Law Enforcement Officers”.

The Manager in the Office of the Executive Mayor, Mr Siphiwe Dladla, thanked the EPWP Unit for efficiently coordinating the programme while ensuring that beneficiaries are well looked after.

At the end of the event Mr Venter announced the names of four EPWP beneficiaries who arrested trespassers over the past few months. The beneficiaries who received certificates are: Ms Mandy Leonard, Mr Oscar Mhlaba, Mr Xolisile Peter and Mr Mziwethu Sohuphu.

Editor’s note: EPWP opportunities are presented to the public of the area where a project will be rolled out at, which means that residents from other towns are not allowed to apply for opportunities in other municipal areas, only in their town of residence.