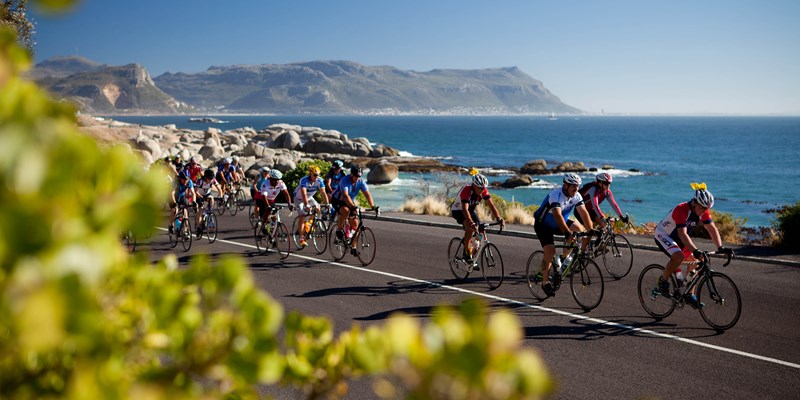 The Western Cape is on its way to becoming the premier cycling destination in Africa, with both the UCI Mountain Bike World Cup and the Cape Town Cycle Tour, the world’s largest individually timed cycle race, taking place this weekend.

Achieving the goal of becoming the premier cycling destination in Africa was set by Minister of Economic Opportunities, Alan Winde as part of his Project Khulisa economic strategy. “Our aim with Project Khulisa has been to grow tourism jobs in the province by 100 000. Cycle tourism plays an important role in our drive to meet these targets.”

Cameron Murray Co-Owner of Escape cycle Tours, said the Cape Town Cycle Tour was an exciting occasion for everyone, as the city became increasingly busy over this period. “This is great for tourism, and the multiplier effect, which has an impact on most establishments.”

The combined contribution of these events alone is estimated at over R1 billion (€68m), according to Winde. “These events are huge cash injections for our cycling and hospitality value chains, as accommodation, eateries, local bike shops, health practitioners, and many other small businesses play a role in meeting the needs of these travellers.”

The Cape Town Cycle Tour, which takes place this Sunday (March 11), will see 35 000 riders line up at the race’s new start point at the Grand Parade. The tour, which attracts around 4 000 international riders to the city, contributes about R500 million (€34m) to the province’s economy each year.

The first leg of the UCI MTB World Cup will take place this Saturday (March 10) in Stellenbosch. The event has a major international following and will be televised on Red Bull television internationally, and Supersport locally, all of which promotes the Western Cape’s cycling and tourism offering to a global audience.

For those with a less competitive streak, the province has developed the Cross Cape Cycle Route, which is a scenic cycle touring route from Plettenberg Bay to Stellenbosch.

The Western Cape is both a mountain biker and road cyclist’s dream, says Murray. “Not only is the Western Cape becoming Africa’s cycling destination of choice, but the whole of the Cape has exceptional cycle experiences to offer.”

This was reiterated by African Bikers Tours, Cape Town Manager, Doreen Schopferer, who said they had noticed a significant increase in bookings and enquiries regarding their cycle tours in the province. “The interest amongst internationals is high and on the increase.”

Both Murray and Schopferer said guests tended to extend their stay in the region, post cycling, to experience the province’s many offerings and activities. “We often book our guests a tour to include a wine tasting in Stellenbosch and/or Franschhoek,” concluded Murray.

Escape Cycle Tours offers various cycling tours in the Western Cape and, so far, they have proved to be a success, said Murray, with the tours attracting both locals and internationals.

Tim Harris, CEO of Wesgro commented: “Major cycling events also help promote our province. Images of our breath-taking scenery are broadcast to the many cycling enthusiasts who watch around South Africa and the world. It is for this reason that Wesgro, in line with Project Khulisa, is a proud sponsor of the UCI MTB World Cup, the Cape Town Cycle Tour, and the Cape Epic.”