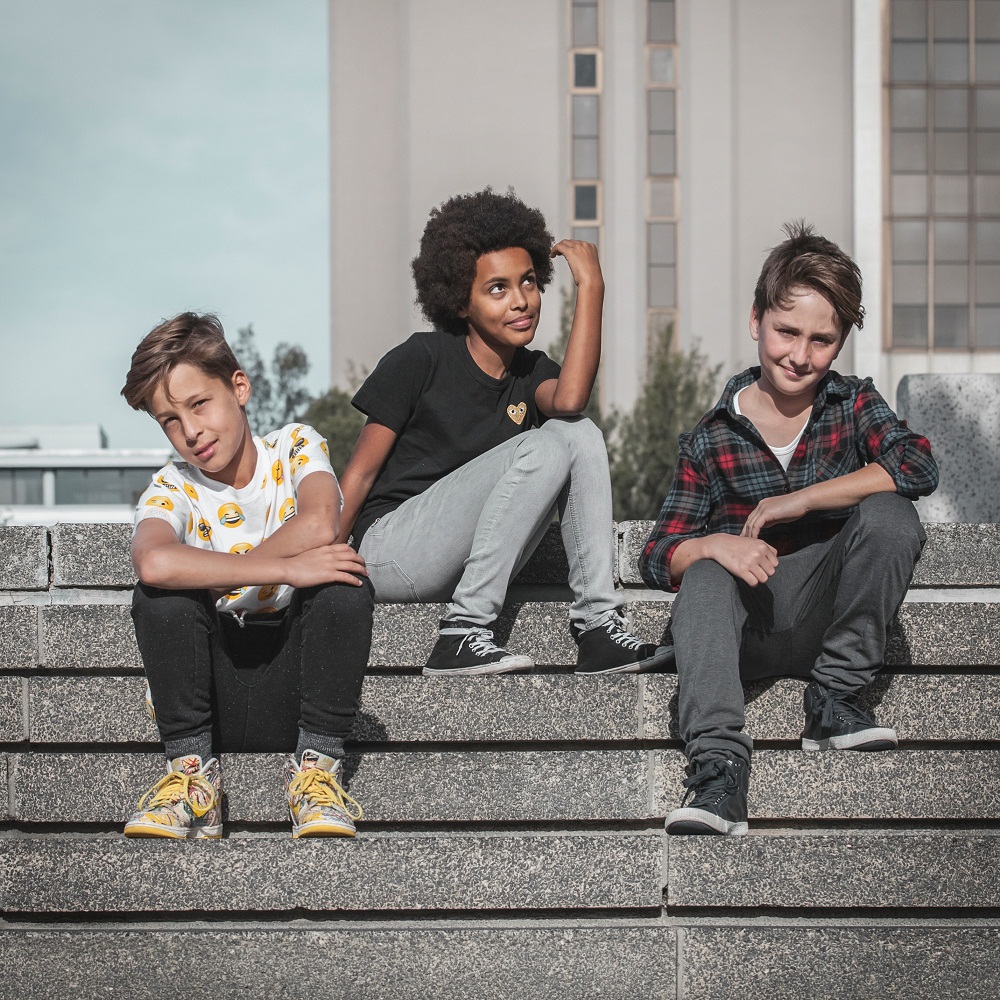 Skyscrapers is South Africa’s youngest indie-pop band producing all original music. Singer/songwriter Mila Smith (13), keyboardist Leo Letschert (12) and drummer Dan Buchalter (12) met at school and formed the band in 2015. The Cape Town trio play infectious pop with soul influences – from the hopeful ballade “There’s A Light” to the smooth-sounding, harder-hitting “Politicians.” Their first official radio single: “Just Kids” has had a few spins on 5fm and is also playlisted and currently charting on Jacaranda fm (no 5 on SA Top 20) and Algoa fm. (no 21 on Top 30.) It is also playing on various campus and community radio stations. Hennie Myburgh, Music Manager at Jacaranda fm says: “Skyscrapers are the biggest surprise of the year! What a talented bunch of artists. It`s amazing to hear something fresh and different coming from brilliant, young minds. More please!”

The video of “Just Kids” can be seen on MNET, SABC2 and MTV Base. View here:  https://www.youtube.com/watch?v=CzgnhlfSSPk.

“Just Kids” is also featured as one of the Editor`s picks for the week on Deezer SA:

Skyscrapers write and compose their own music. Mila writes the lyrics, while the composition of songs is a team effort. Mila says of the creative process: “I randomly think of melodies when I am in the shower or on my way to school. Words corresponding with the tune come naturally.”  Then Leo adds the keys, and Dan adds the song’s backbone with drums.

The band is assisted by musician Nathan Woodman who has worked with South African artists such as Jeremy Loops and GoodLuck, and vocal coach Sadé Ross. Part of their role in nurturing the band is keeping their love of music fresh and varied, and introducing them to a wide scope of different styles of music.

Skyscrapers will be the opening act for Freshlyground at De Waal Park on March 18th. The Rudimentals and Joe Emilio are also on the line up.http://concertsinthepark.co.za/.  In 2017 Skyscrapers wowed thousands of people at Open Streets Bree, played at Littlegig Festival, De Waal Park, and had their first solo gig at Café Roux, which sold out in 2 days. They have been featured by Superbalist, performed on on Expresso Morning Live SABC 3 and Hectic Nine9 SABC 2, and appeared in several campaigns for Woolworths brand &US.

“Skyscrapers have towering talent and multiple stories to tell, so you better look up, because they may be small now but are surely destined for big things.” – The Superbalist.