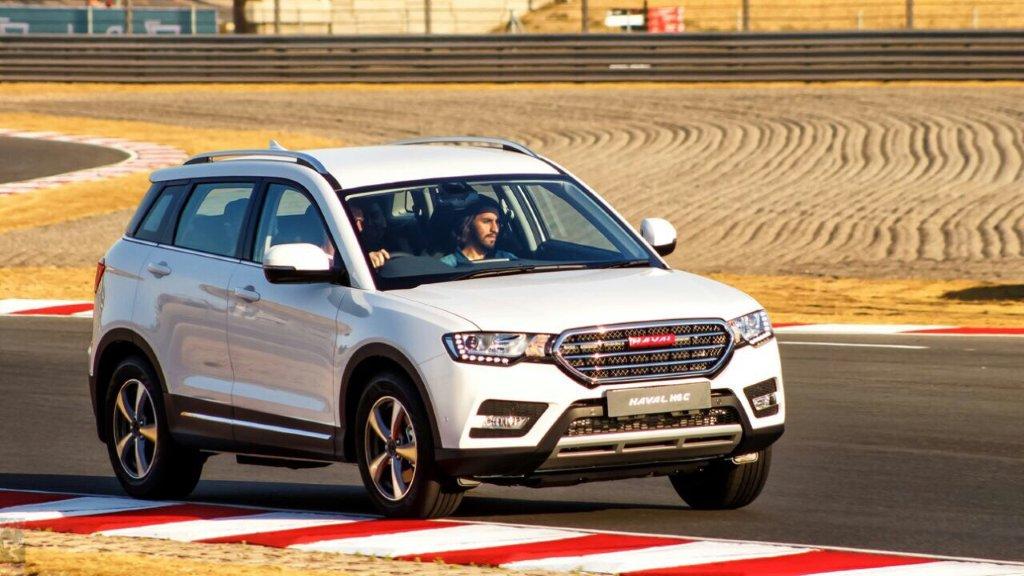 Brian Joss – Great Wall Motor Company (GWM) is China’s largest SUV and “bakkie” manufacturer. Since 2004, GWM has been listed among the top 10 listed private companies and among China’s 500 most valuable brands.

Never having driven a Chinese vehicle I wasn’t sure what to expect when the Haval H6 2-litre automatic was delivered to my doorstep. But I was in for a pleasant surprise.

A company that has assets of more than R54.305 billion and listed on the Hong Kong Stock Exchange for about 15 years and the Shanghai Stock Exchange since 2011, wasn’t going to build what in the past was often referred to as Chinese junk. At the beginning Kia and Toyota also had the reputation for making rubbish. But look at them now.

Haval and GWM make SUVs, passenger cars and pick-ups, and employ more than 60 000 people. Haval is the luxury brand of GWM. It is the biggest mover of SUVs in China with more than one million sold in 2016, which is almost double the total number of vehicles sold in South Africa annually. In fact, the H6 is China’s largest selling mid-size SUV.

After driving the Haval H6 around the highways, byways and mountain passes of the Peninsula, I won’t be using junk and Chinese in the same sentence again.

There were a few niggles, so we’ll get those out of the way first. The H6 bleeped a lot and I didn’t know why; the infotainment system is nothing out of the ordinary and the Haval H6 2-litre turbocharged petrol engine is not exactly a fuel- sipper. Those are the only criticisms I have. The design too, grows on you: at the rear it looks like a Range Rover and the nose seems to have been borrowed from Honda, Audi and Hyundai. But it all comes together in a surprisingly good-looking way, and that’s not a bad thing.

The Haval H6 competes in the medium SUV-family car market sector.  The Haval H6 has a lot of gizmos and gadgets: In front are the ubiquitous cupholders, two. What did we do before they were considered an essential fixture in most cars today? The centre console is spacious with a flip-up ashtray compartment that you can use for keys and wallets instead of stinky cigs. A rotary knob and buttons that control the infotainment systems are set in the console. I don’t think they are necessary as you can operate the infotainment system by touch and through the steering wheel controls.

Some of the nice-to-haves include 8-way electric seats; a rear view camera and a side view camera; front and rear park distance control; automatic retractable mirrors and dual-climate and cruise control. To put you in the mood, there is also changeable mood lighting. The switch is next to the hill descent button. Another gimmick is the red puddle lamp which projects the word Haval on to the ground when you unlock the car. There is also blue lighting on the door sills which illuminate the Haval brand name. The H6 also has keyless entry.

I found the finish and the build of the SUV to be excellent. There were no unexplained squeaks or rattles, except for those irritating bleeps. The door trim is silver and the surrounds of the dashboard are made of a soft-touch material. The test car had full leather seats which helped to give the interior a classy look.

The H6 is quite deceptive: it’s much bigger than it looks. There is plenty of space up front and more than enough leg room for passengers at the back. The driver has a good view of the road, too. You can quite easily load holiday luggage in to the boot which has a 247 litre capacity. With the split seatback feature the load capacity expands to 1 146 litres.

So, what’s it like to drive? The turbo petrol unit puts out 140 kW and 310 N.m. Although it’s not a pocket rocket and you can’t burn rubber at the red you can quite safely overtake even when you’re travelling at the legal limit of 120km/h: it does get a bit more punchy when you change to sports mode. However, the H6 is not a fuel- sipper and during my test run which included all sorts of road conditions with four up, a few times, I recorded figures of just over 10 litres/100km. It cruises quite happily at 120km/h.

The engine is well matched to the six-speed dual clutch gearbox although it hovers some when you want to join the fast-moving traffic. Body roll is minimal; the steering is light at high speeds but feels a bit cumbersome lower down. Although the H6 does have a large turning circle, it’s not that difficult to park, if you can find an empty bay. It’s also quite happy in the city’s traffic. The H6 is well planted on the road and it sucks up most bumps with ease. And if you’re stuck in gridlocked traffic the music from the excellent sound system will soon calm your jangled nerves.

Summing up, the Haval H6 C is a practical, family SUV and it is a sound value-for-money proposition considering it’s high specification level. GWM have upped its game since it introduced the H6 to the South African market in 2014. I did see a 2014 Haval in Hopefield, near Malmesbury, but I haven’t seen too many new Haval H 6 models on the road, at least in Cape Town. However, I predict that will change soon. The H6 competes in the same segment as the Mazda CX-5, and if I were in the market for a new people-mover it would be a hard decision to make. The test car carries a price tag of R254 900 but check with your dealer.

The H6 is available in three trim levels: City, Premium, and Luxury. It is backed by a five-year/100 000km warranty, a five-year/60 000km service plan, and a five-year unlimited km roadside assistance.