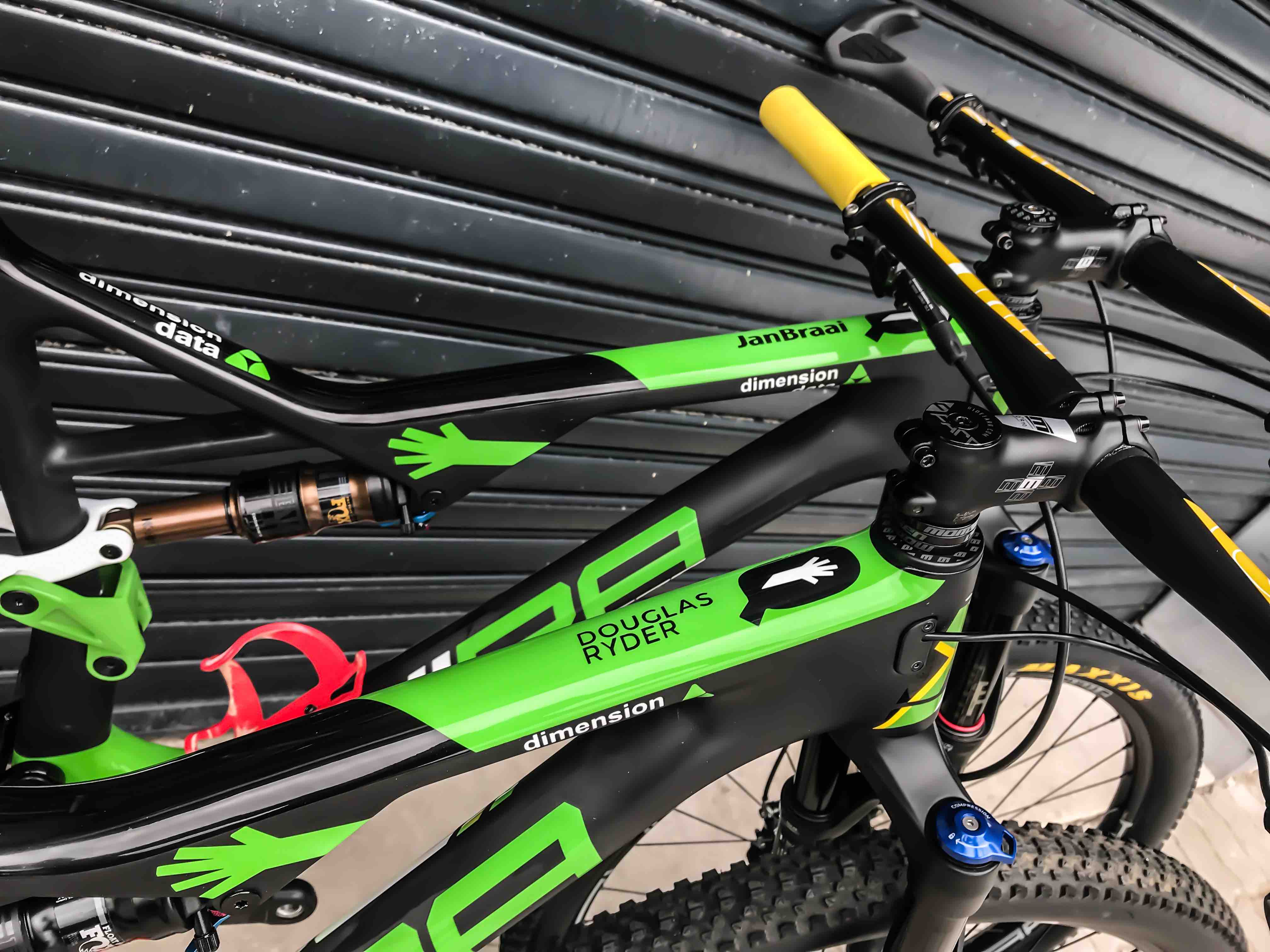 That’s why braai guru Jan Braai and Team Dimension Data for Qhubeka Team Principal Doug Ryder will be riding the 2018 Cape Epic on proudly South African Momsen VIPA bikes.
Victor Momsen, the man behind the Momsen bike brand, hails from Port Elizabeth, so while Braai and Ryder might not challenge for the red Absa African Jersey, they could stake a claim for being the most South African team at this year’s Cape Epic.
“It’s an honour to ride in the world’s toughest mountain bike race with Doug, and to be supported by Momsen Bikes,” says Braai. “The VIPAs that they have put together for us are incredible, while the custom paint job will really stand out during the event – especially when the bikes are parked against a tree while Doug and I braai somewhere along the route.”
The bikes fly the South African flag on their headsets while also closely aligning with the Team Dimension Data for Qhubeka Team colours, the kit in which Doug and Jan will be riding. “We wanted to ensure the bikes had a very local feel while still keeping the branding and colours in mind – I am very happy with how they came out,” says Victor Momsen. Both bikes sport the iconic Qhubeka “5 finger salute hand” on their top tubes in recognition of the charity’s aim to put Africans on bikes. The top tubes also feature the rider’s respective names, in case they forget which respective bikes is theirs after aforementioned trail-side braais.
On top of the impressive paint job, both bikes have been custom-specced for Braai and Ryder. “We’ve gone with the 1×12 gearing to cut down on stuff that can break,” says Braai. “Neither of us is very good on the technical sections so we want to just focus on steering, and not have to worry about additional parts and shifters. To my mind a trail orientated bike like this, that has a bit of extra travel specced with a 1×12 groupset, is the absolute logical choice for an amateur like myself.”
Momsen says that the VIPA TRAIL was the obvious choice for the pair. “With both riders being more road orientated in terms of their cycling backgrounds, our new VIPA TRAIL seemed like the logical choice of bike. It is light and nimble, plus with its 120mm of travel and slightly more relaxed geometry it allows for a bit more comfort for those long days whilst still assisting with handling in the technical sections. ”
Ryder, who has been training in Johannesburg ahead of the Cape Epic to avoid too many pre-Epic training braais, is looking forward to flying the Qhubeka flag at the event.
“Qhubeka is all about putting Africans on bikes and now Victor has put us on South African bikes. It has a nice symmetry,” says Ryder. “Riding in the kit of Dimension Data for Qhubeka on a South African brand should really help us bring the message home of bicycles changing lives. The more we spread the word, the more people will realise how important a bicycle can be.”