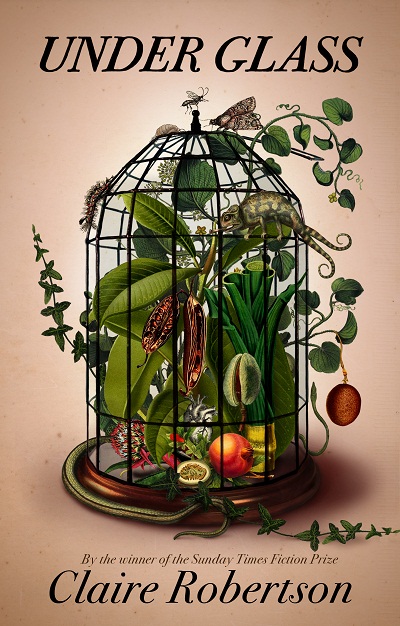 Under Glass is like one of those Russian nesting dolls otherwise known as a matryoshka, It is a set of wooden dolls of decreasing size placed one inside the other and in this remarkable story the smallest one could be Cosmo who is central to the theme in oblique ways.

On the surface Under Glass is about Mrs  Chetwyn. She is a young Englishwoman who arrives in Port Natal in 1857 at the settlement of D’Urban, with her young daughter Sophronia and their aya Griffin, after a rough journey by sea to meet up with Captain Chetwyn, who is exploring the interior looking for land to establish a sugar estate.

The Captain’s father has given him the money for the estate but with a proviso that it can only be passed to a male heir.

Identity and gender are important factors in the novel which is also about the early days of the Natal sugar industry and an examination of colonialism which of late has become a dirty word in our vocabulary. And who really owns the land. If you’re looking for metaphors, it’s about producing offspring and fertility: a clue is in Mrs Chetwyn’s relationship with the eccentric botanist, Septimus McQuairie, whose hands remind her “of a spade and fork on the walls of a shed”.

As time goes by Mrs Chetwyn and the Captain become important sugar cane farmers at Missenden “with a castle on the hill and a view of the sea”, and five daughters, including Cosmo, whose birth is shrouded in mystery. Is it a boy? Is it a girl? The Captain, however, is happy to play his role in the deception. Whatever it is. There is something about Cosmo that must be kept secret at all costs. Mrs Chetwyn stiffens at any mention of the delicacy of the baby’s features. When the baby is outright taken for a girl, Sophronia quickly puts the visitor right, and introduces ‘My brother, Cosmo’.

Robertson has an unusual and descriptive writing style. It’s like peeling an onion, layer by layer, until you get to the heart of the matter which will give you plenty of food for thought.

Under Glass is not a beach read: it requires perseverance but it’s worth the effort.

Robertson, who lives in Cape Town, won the Sunday Times Fiction Prize for the Spiral House, her first book, and her second, The Magistrate of Gower, was received with critical acclaim.