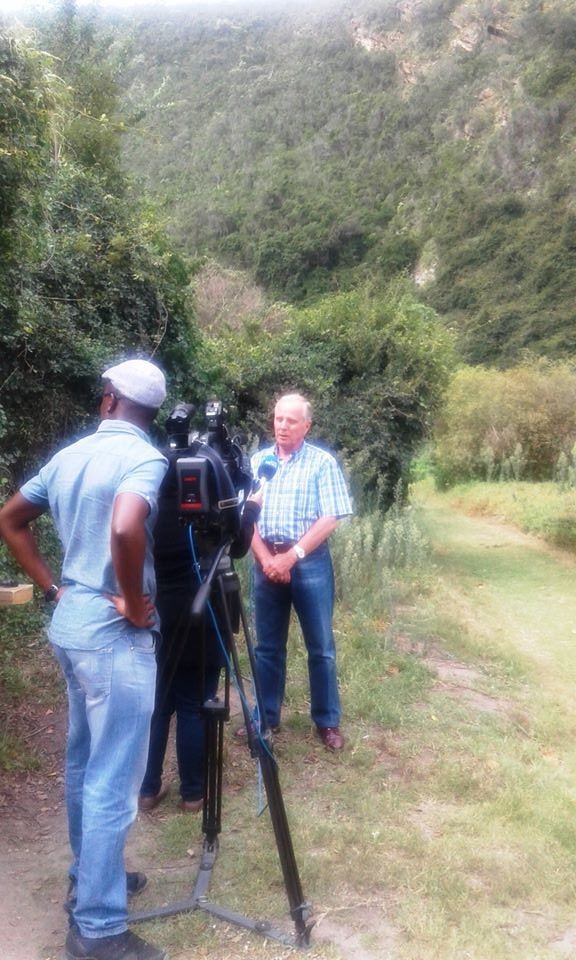 SANParks teams met today in Knysna to revisit risks, threats and vulnerabilities to the Garden Route National Park and its visitors.  Dubbed ‘Operation Reboot’ input from the meeting will be fed into a national safety and security strategy led by Major-General Jooste.

Speaking to media during a site visit, Major General Jooste said equipping rangers with fresher skills and strengthening alliances with other law enforcement authorities forms part of the short-to-medium term interventions. There are other planned operational interventions. ‘We are making wildlife crime our core focus and we take it seriously’ said the Major General.

Although suspects in a recent incident were apprehended by the South African Police Service (SAPS), SANParks continues to roll out security plans for its Wilderness, Knysna and Tsitsikamma sections of the GRNP.  The Park spans across over 155,000 hectares including water bodies, forests and fynbos areas. Paddy Gordon, Park Manager of the Garden Route National Park says ‘the open-access nature of the Park could make us vulnerable but we’re moving ahead with operational systems internally as well as externally. The Park is also fragmented with pockets of private land in between.’  In addition SANParks continues to form part of the local policing forums in each town and works very closely with SAPS and rescue teams (Mountain Rescue and Sea Rescue efforts).

With the Easter Weekend approaching, teams are preparing to co-host the third Garden Route walking festival expected to kick off on Easter Friday. South Africans are encouraged to take up the offer to explore the Garden Route National Park on foot. The Park has 14 Green flag status hiking trails, 12 in Tsitsikamma and 2 in Knysna. It continues to implement the certification programme for the rest of its trails. There are at least 4 multiple day hiking trail (not part of the Garden Route Walking Festival- the Harkerville Coastal hiking trail rerouted after the Knysna fires, the Outeniqua hiking trail, the Otter trail and the Dolphin trail in Tsitsikamma).

There are 10 day routes in Wilderness, 8 in Knysna and 12 in Tsitsikamma open for the upcoming Garden Route walking festival: http://walkingfestival.co.za/

A conservation fee is payable at reception areas prior to walking on trails (Wilderness, Ebb & Flow, Knysna and Tsitsikamma). For more information on trails, please see descriptions for each trail.