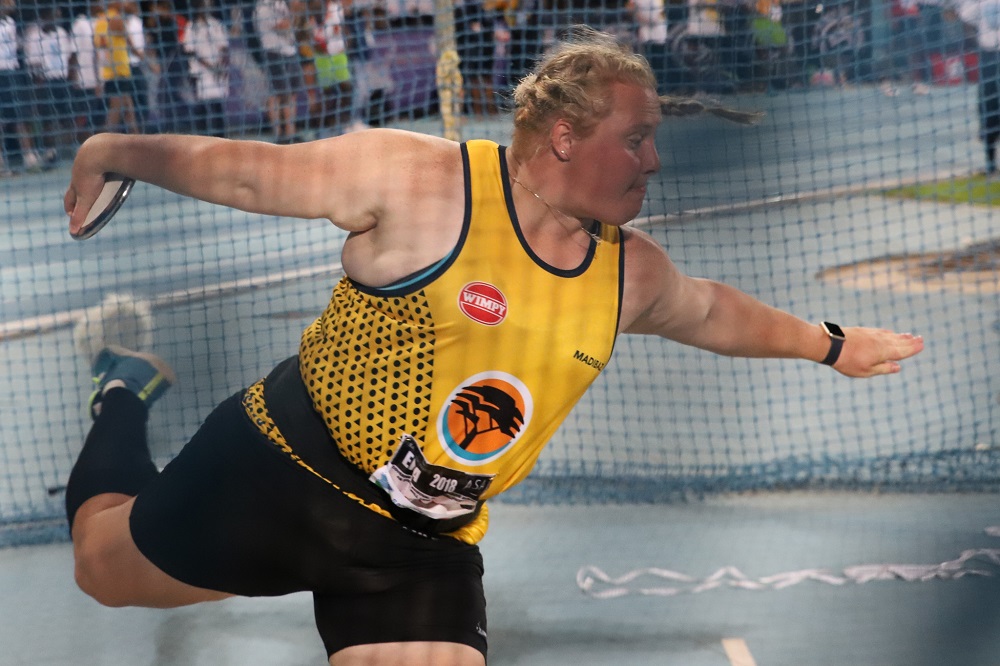 Star Bestmed Madibaz field athlete Ischke Senekal will be looking to carry the good form she showed in the recent Varsity Athletics meeting into the South African Senior Championships, starting in Pretoria tomorrow.

The 25-year-old discus and shot put ace laid down a marker to her Varsity Athletics rivals when she broke the discus record at the year’s first meeting at Pretoria University early this month.

Setting a new mark of 56.69 metres, Senekal, who lives in Uitenhage, said she was extremely pleased with the performance as it came close to her personal best of 56.86.

Having missed out on selection for the Commonwealth Games in Australia next month, the final-year education honours student said she was now focused on the national championships in Pretoria from tomorrow till Saturday.

“I threw the qualifying distance for the Commonwealth Games, but I was not selected for the squad,” she said. “So the next big goal for me this year is the SA champs and I just want to throw the best that I can.

“It is a major meeting for us and, being the national champs, it gives you a chance to show you are the best in the country.”

Senekal said she had decided to aim for the Varsity Athletics record after she found her rhythm early on in the meeting on March 3.

“I didn’t know what the record was, but after my first throw they told me I was not far away from the mark.

“At that moment I realised that breaking the record was a possibility and from then it became a goal for me to try to set a new mark.”

Focusing on both the discus and shot put disciplines, she added that her Varsity Athletics performances came on the back of some good preparation for the season.

“My coach Kobus van Zyl has really helped me a lot and everything has gone well this season, with no injuries or any other setbacks.”

With the Olympic Games (in Japan in 2020) and the World Championships (in Qatar next year) as her long-term goals, Senekal said she would continue to work at both disciplines.

“Every year and every practice you try to work on any faults you may have and I am focused on that all the time.”

“Despite the disappointment of missing out on the Commonwealth Games, we are sure that she will make history again by winning both the discus and shot put at the national championships in Pretoria,” he said.

“She is also close to the SA discus record [64.87m]. Her coach and the club will be ecstatic if she manages to break that mark over the next few days.”