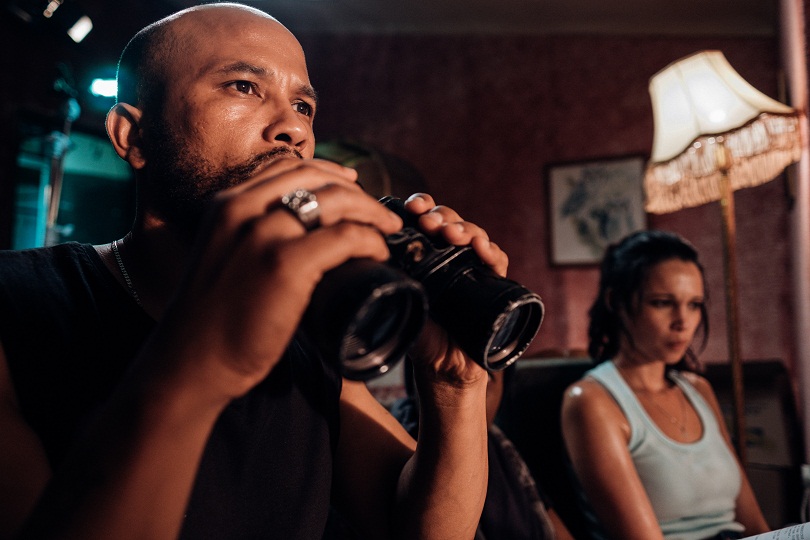 “This one stood out as the best,” says The Verge about NOMMER 37 – the latest big screen success to come out of South Africa – which recently had its world premiere at the International SXSW Film Festival in Texas, America.

This Gambit Films production was the very first fully South African feature to make the SXSW selection and was an immediate hit with international audiences and critics. Since the start of this prestigious event, compliments have been pouring in non-stop for director, Nosipho Dumisa, and the cast.

“This Cape Town-set thriller from South African filmmaker Nosipho Dumisa wears its influences proudly and pleasurably,” shares the Hollywood Reporter, whilst Graphic Policydecribes the acting as being “nuanced and powerful”.

It therefore came as no surprise when it was announced that this gripping crime thriller was also selected to represent the country at the 18th annual Neuchâtel International Fantastic Film Festival (NIFFF) in Switzerland from 6 to 14 July 2018. “We were truly astonished by the film and would be honored to present it at our festival,” says NIFFF program coordinator, Loïc Valceschini.

NOMMER 37 is a thrilling big-screen cinematic experience that will keep viewers on the edge of their seats until the credits start rolling and is director and writer Nosipho Dumisa’s debut feature film. She is best-known as a producer of the very popular kykNET soap opera, Suidooster.

Set in Haven Mansions, a block of apartments in her fictional suburb of the Cape Flats, called New Haven,  NOMMER 37 looks through the eyes of a former petty criminal, who has been spat out by the very world he once thrived in and left to observe it from the outside. It’s about everything that could go wrong for a couple when depression, curiosity, greed, fear and horrific bad decision-making collide,” says Dumisa

Entrapped in his apartment, Randal Hendricks (Irshaad Ally – Suidooster and Four Corners), a recent paraplegic, is given a gift of binoculars by his devoted girlfriend, Pam (Monique Rockman). But he is in financial debt to Emmie (Danny Ross), a sadistic loan shark, and when he witnesses a powerful criminal, named Lawyer (David Manuel), commit murder while observing his neighbours through his binoculars, he initiates a blackmail scheme in an attempt to settle his debt. With deception and greed around every corner, what follows is a thrilling ride that puts both their lives in mortal danger…as the world around Randal deteriorates further and further into chaos.

The film was produced by Gambit Films in association with kykNET Films, M-Net, XYZ Films and the DTI, and will be distributed by Ster-Kinekor Entertainment locally, in cinemas across the country, on 1 June 2018, and by XYZ Films internationally.