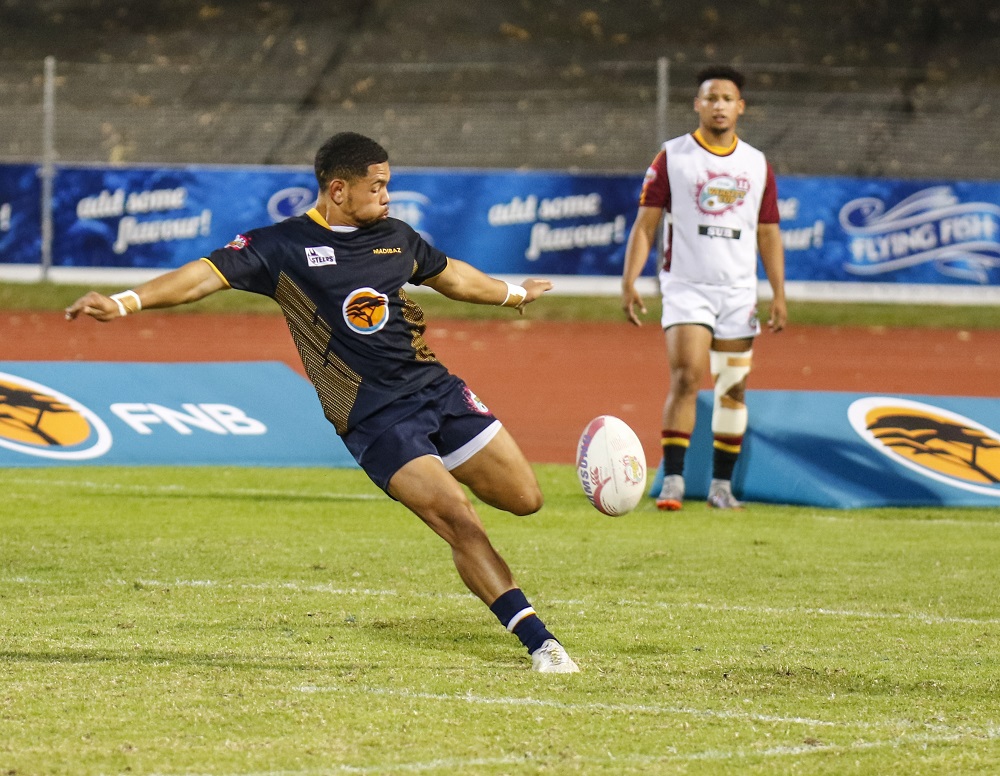 Their backs to the wall, the FNB Madibaz rugby team are determined to give everything they have in their remaining two Varsity Cup matches to avoid relegation.

After the unfortunate events of Monday night at Madibaz Stadium in Port Elizabeth, when protesters stormed onto the field causing the match to be abandoned in the 49th minute, the Nelson Mandela University outfit are preparing for their final two games.

They are up against Free State University in Bloemfontein on Monday and then complete their programme with another away fixture when they travel to Pretoria to take on UP-Tuks a week later.

Tuks won their first match of the season on Monday to move off the bottom of the log, beating Bloem team Central University of Technology.

With two rounds remaining, the Pretoria side now sit on seven points, one ahead of CUT and four clear of bottom-placed Madibaz.

After Monday’s game was abandoned, Stellenbosch, leading 19-0 at the time, were awarded the victory as Varsity Cup rules state that any match stopped in the second half will result in a win for the side that is leading.

Coach David Maidza said the squad had no option but to put Monday’s events behind them as they placed their focus on the last two games.

“As we showed in the first half against Maties, we were competing in the exchanges and were in the game for most of the half,” he said.

“The team now have to try and get a win out of the last two matches, and that is our main aim.”

He added that they would be going into the Shimlas match with the intention of “using every ounce of energy we can” to get the right result.

“We know we have to approach the game on Monday by playing in the right areas and I believe we have a side capable of getting something out of the fixture.

“We did fall a bit by the wayside in our matches against NWU-Pukke and University of Johannesburg where we were beaten convincingly, but those sorts of performances were not in our character.”

Maidza said they had spoken about those games and there was still a strong sense of commitment in the team.

“The guys really tried hard against Maties and at this stage we know what we have to do.

“There is no other way but just to give it everything we’ve got.”

The Varsity Cup team finishing second from bottom will play a promotion-relegation match against the Varsity Shield team who finish second from the top.