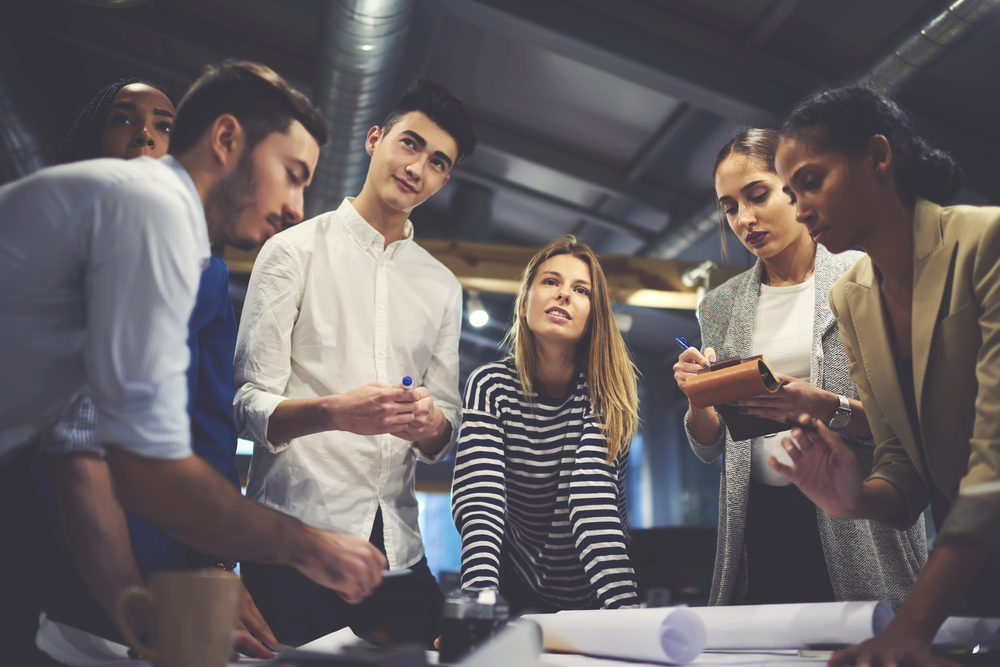 Some people have abundant natural talent in communicating with people.  A famous story still told in a large insurance company is about a new salesman who, two days after being sent out to sell insurance, told his sales manager that he was on a first name basis with all the Smiths in the phone book.

For most of us, easy and smooth communication doesn’t come easy.  As much as we want to improve our communication skills, we often feel that we are floundering in that aspect of our jobs rather than telegraphing our desire for positive communication.

Businesspeople may have to communicate with employees, suppliers, customers, bankers, and so on.  The importance of good communication in business can hardly be exaggerated.  There was a near revolt among American consumers when years ago some companies exported their service office to India.  The accent in the English of Indians from India proved so hard to understand for Americans that those companies earned a great deal of ill will from the move.

Online casinos also know the importance of communication which is why their customer service offices went from being closed on the weekends to being open 24/7 to being open around the clock 365 days in the year.

In the internet age, when companies have no “face”, it is of the utmost importance to be able to communicate well.  But face to face communication is the subject here.  So, here are a few areas that experts have found to be paramount for good communication.

It is imperative that we become good listeners.  For most people, listening is not an instinctive skill; we like to talk more than listen except when we are asked to talk before a large group.  Then most people lose their ability to talk in a smooth manner.

Students learning to become life coaches are taught the importance of listening before any creative coaching can come into play.

How often do we feel that the statement ”you have my undivided attention” is not accurate?  Quite often.   Giving your undivided attention means listening so closely that you aren’t thinking about your next sentences.  Real communication requires patience and it takes time to formulate your thoughts when it becomes your turn to speak.

Resist the Urge to Speak

Teachers often have the feeling that they have to interject their thoughts or opinions.  A teacher of English as a second language reported that when she didn’t speak up to give her own opinion on a matter or to tell a story that fit into the conversation, the lesson was better than when she interjected.

When she was asked by friends or family about the whys and hows of the students’ stories she almost always said “I don’t know”.  They asked her “Why didn’t you ask?”  Her response was always that it was an English lesson, not a conversation.

In the same vein, we all must hold ourselves down when we want to speak.  This is especially important in business conversation with employees, customers, and suppliers.  We need to let the other person say his or her piece in full.

When you tell employees to do something, you expect them to get busy right away.  But they may have questions about the task so they know exactly what you want them to do.  A manager who is unwilling to patiently go over the assignment loses the respect of their employees and respect is the first step to achieving loyalty.

Loyalty breeds commitment and commitment is the greatest element in someone doing a job well.

The way you sound plays a huge role in business communication.  Sometimes a simple sms or other message with a small item of importance to a business colleague is all you need for good communication.  The tone of the message is so important yet far too many managers refuse to accept its importance.  Success and failure in business can often be connected to one’s tone when speaking directly with a colleague.

Most companies are tone deaf on the phone.  How many companies tell you where you are in line when they’ve put you on hold.  We have heard of insurance customers staying with an insurance company that is slightly more expensive than others because every time the customer calls the company, the company tells them where they are in line.

When you want to praise an employee but don’t make and hold eye contact, it will seem as if the praise is insincere.  When you speak with a customer, you have to look at them directly.  Otherwise they won’t sense that you really care and will take their business elsewhere.

Walmart understood the importance of making customers feel wanted by employing greeters whose job was simply to say hello to everyone as they came in the store.  Supermarkets are notorious for making people feel that management doesn’t care.  A supermarket where even the shelf stackers say hello and recognize customers will be full even during off hours and even if there is strong competition from other stores.

Always Possible to Get Better

Communication is like playing the piano; once you’re good at it you’ll stay good at it but only if you practice every day.  Just as pianists start with the scales every day, good communicators start with a heartfelt “good morning” for everyone.