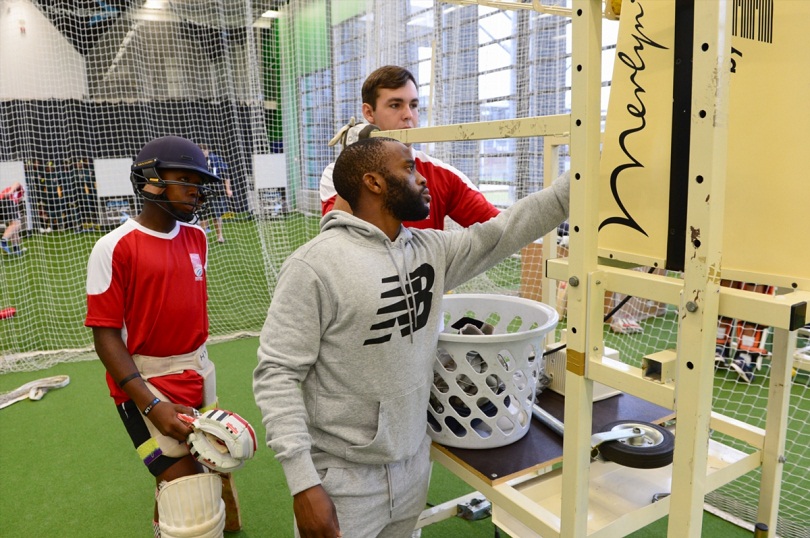 The Coca-Cola T20 All-Star team had their last training session with Temba Bavuma prior to their match against a CSA Development Hub team at Tuks tomorrow.

In a cold and wet Pretoria the Coca-Cola T20 All-Star team had a treat for their final training session, the boys got to train like Proteas players at the Powerade High Performance Centre.

Temba and a team of coaches coached the boys and made their final decisions as to the various roles that the players would play.

They picked Khaya Nyamathe from Marais Viljoen as the team captain.

Khaya is the youngest player in the team which is a role that he is used to playing, Khaya is also the youngest ever 1st team player for Marais Viljoen.

“There are many players in the team that can captain our side, including Niel Bothma, the Marais Viljoen captain, and that will help me because they will all be able to assist me when I need advice.” said Khaya.

“What I am most excited about is that I have measured myself against some of the top players in the country and I now have a better idea as to where everyone else is and where I am and what I have to do to get to the level I need to play at to have a career in cricket.”

The team has spent a lot of time working on getting to know each other and feel that they know enough to work well together to beat the CSA Development Hub team.

The match starts at 9:30am on Sunday morning.