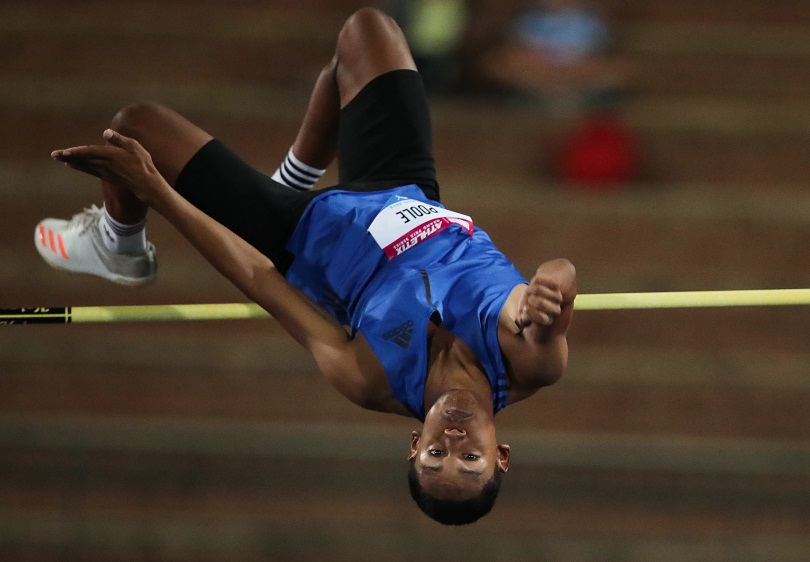 Speaking on the eve of the competition of the South African Senior Track and Field Championships in Tshwane, 17-year-old World Youth champion, Breyton Poole is feeling very confident about his prospects for the 3rd and final Liquid Telecom Athletix Grand Prix Series Meeting in Paarl on Thursday, 22 March 2018.

“It is my home track, my whole family is coming, so I really expect to do well,” said Poole. “As the Coetzenburg track is currently under reconstruction, Dal Josaphat has become my home and I train there at least twice a week.  I know the track and I enjoy jumping on it.”

Poole opened his 2018 campaign at the inaugural Liquid Telecom Athletix Grand Prix Series Meeting in Ruimsig on 01 March with a height of 2.15m. South Africans have gotten used to seeing him jump over 2.20m and were a bit disappointed, but the youngster was quite happy.

“It was only my first competition of 2018 so I was not disappointed. I was expecting to go 2.15m and anything above that would have been a bonus. It is a long season and I need to get into shape progressively. So that was the perfect start for me.”

Poole shot to fame when he won the 2017 World U18 High Jump title in Nairobi, Kenya in what he calls ‘the most incredible experience of his life’.  “There were 90 000 – 95 000 people in the stands, singing, dancing and blowing the vuvuzela.  Every performance was cheered on. It was out of this world.  It didn’t matter which country you were from, you were loudly supported and that helped me to win the gold.”

Poole jumped a new Personal Best of 2.24m to win gold.  In November of 2017 at a League Meeting in Western Cape he bettered that to 2.25m.

Standing at only 1.73m, Poole is often asked if his diminutive height for a high jumper is a disadvantage. “Yes I get asked that often,” chuckled Poole. “But if you look at Stefan Holm of Sweden, he is only 1.81m tall and he won four indoor titles, was a silver medalist at the 2003 World Championships and won the Olympic title in 2004. So if he can do it, there is no reason why I cannot do it.”

Poole believes he is a 2.30m plus jumper and has his eyes set on that target in 2018. “I have incredible bounce in my legs.  This, together with my leg speed, helps me tremendously.  This year I want to hit 2.30m.”

On his chances in Paarl at the 3rd and final Grand Prix Meeting, Poole is confident. “I am looking forward to competing in Paarl.  I have heard a lot of people want to come out and support me, so I need to put on a great show. Chris (Moleya) will also be competing.  We have a great rivalry, so the spectators should be treated to something special.  Who knows, maybe I will go over my PB (2.25m) on Thursday.”

ONLINE TICKET SALES are open and can be purchased via www.webtickets.co.za

Tickets can also be purchased at the gate on event day.