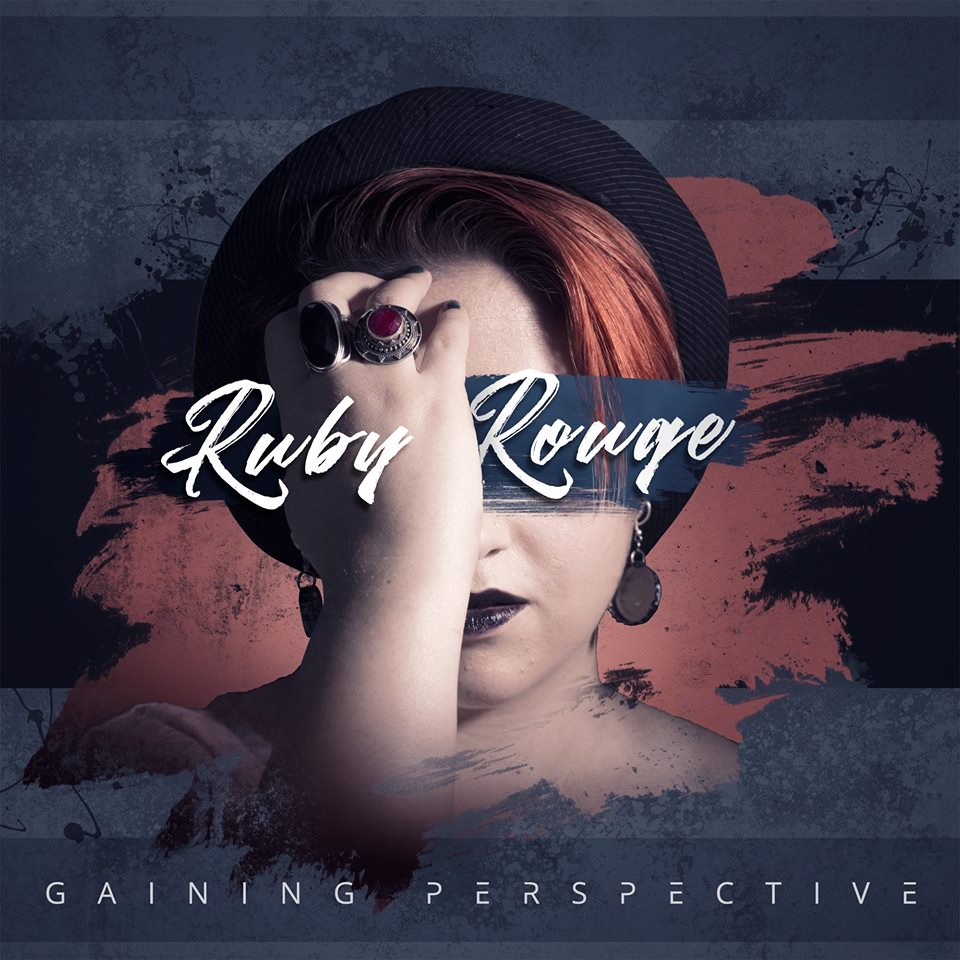 Ruby Rouge is one of those artists who makes an impression when you hear her performing for the first time.

There is a heart-warming sincerity and melodic tone to her voice that demands your attention and stays with you long after the last note has been sung. It is these characteristics that make the first single off her debut album so unforgettable.

GAINING PERSPECTIVE offers an interesting combination of Pop and Piano that will satisfy even the most critical of ears. The ballad was written by the artist herself and deals with the theme of self-acceptance, which is something she believes everyone will be able to relate to. “The song is about accepting yourself as you are and not caring if other people don’t”, says the talented musician and songwriter about the single. “I used to feel uncomfortable in my own skin until the day I had a revelation and wrote this song about being yourself and being alright and steadfast around people who don’t want to see you be happy or true to yourself. GAINING PERSPECTIVE is quite close to my heart as it helped me get through the feelings I had about embracing who I am, and who I want to be, and with such strong feelings towards a song, why not sing it?”

The singer is currently finalising her first album and lists this project as one of the highlights of her career so far. “I hope to give audiences something that they can relate to, dance to, and create memories to. I want them to experience what I do when I listen to the songs that I love,” she shares. A music video for the single is being planned for the future and the artist enjoys being part of this process.

Ruby Rouge describes herself as a ‘Jozi-girl’ and says that she has been singing for as long as she can remember. “My mother had a friend who had a recording studio and I loved hanging around in there, watching and listening to what they were doing,” she explains. She has been performing professionally for five years and has learned a lot about the industry and its challenges during this time. When she is not singing, she works as a makeup artist, photographer and social media content analyst to add to her income and express her creativity.

The artist enjoys a wide variety of music and is open to the idea of working with other successful musicians as there are so many genres and avenues she would love to explore. She says: “There are so many singers I admire for so many different reasons, and collaborating with any of those amazing artists in the future would be dreamy. My greatest musical influence has got to be my Mom, who has always encouraged me to try different styles of music and singing.”

If you ask her about the inspiration for her lyrics, she answers that it often comes from personal experience, but that anything – from a normal day, to a horror movie or relaxing bath – can capture her imagination. She shares that even though she suffers from epilepsy and bipolar mood disorder, she has never allowed these challenges to stand in the way of achieving her goals.

There are many other dreams and plans she has for the future, which includes writing more songs and recording another album, but for now she is focusing on the opportunities at hand. GAINING PERSPECTIVE showcases an uplifting tune with strong musical elements, as well as an impressive vocal range and is set to secure Ruby Rougea spot in both the hearts of South African music lovers and on the hit charts of the country’s largest radio stations.