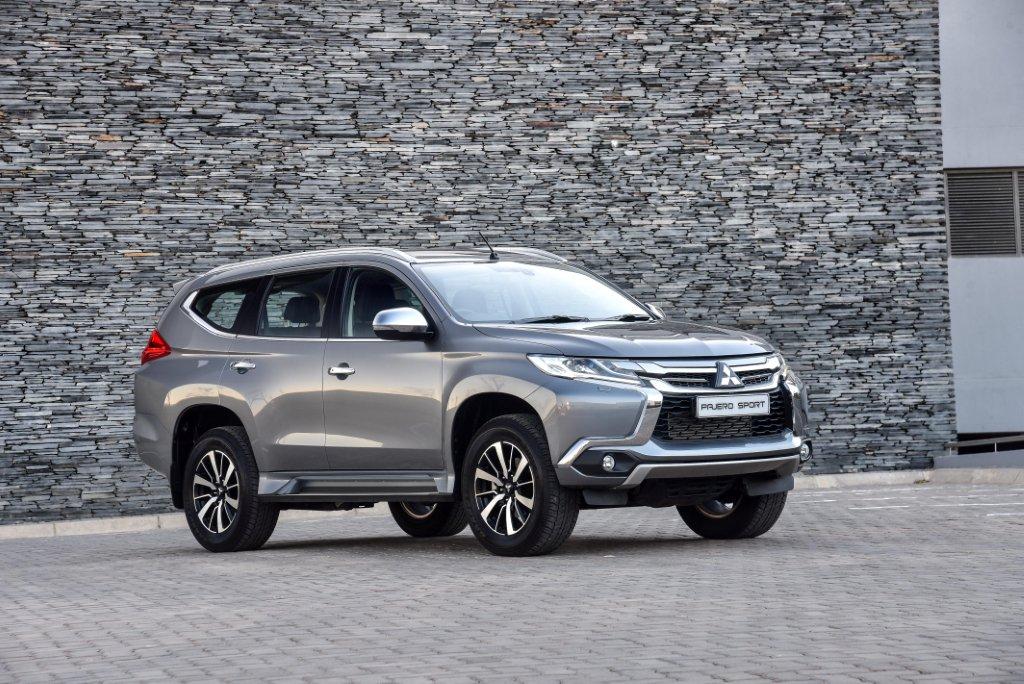 Brian Joss – Mitsubishi is not a newcomer to the motoring business and the iconic three diamonds logo has been used since the company was founded by Yataro Iwasaki in 1870.

First known as the Mitsubishi  Shipbuilding Co it was renamed in 1873 to Mitsubishi Shoka and entered the coal mining industry to supply its shipping fleet.

The automotive division was established in 1917 when the company introduced the Mitsubishi Model A, Japan’s first mass production passenger car.  The company stopped its vehicle manufacturing business for a while and focused on its shipping interests. Then in 1936 Mitsubishi introduced the PX33, which was Japan’s first 4-wheel drive car. This was the start of the Mitsubishi 4WD Technology. The company again disappeared from the automotive business. However, after World War 2 it returned to  manufacturing vehicles and a separate division, Mitsubishi Motors Corporation, was created in 1970.

And it is from this lineage that the archetypal Pajero emerged.

It’s not for nothing the Pajero has been dubbed the Desert King having won the Dakar Rally, one of the toughest in the world, numerous times, and it holds the Guinness Book of Records for the most wins (12) between 1985 and 2007. The three diamonds of the Mitsubishi logo were originally inspired by Iwasaki’s family crest and the word ‘Mitsubishi’ has long been used to denote a diamond shape in Japanese.

Now Mitsubishi has launched the Pajero Sport and I played with the flagship of the range, the Pajero Sport 2.4 D4 4×4 Auto, for 10 days. And I really enjoyed “playing” with it around the Peninsula. Although I didn’t do any serious bundu-bashing, the Pajero has an excellent reputation for handling the really rough stuff. Just look at the Dakar. And for the first time Mitsubishi has fitted a selectable off-road mode system that you can change at speeds of up to 100km/h.

If you want to get all technical Mitsubishi claims a ground clearance of 215 mm and approach and departure angles of 30 and 24 degree respectively. In my view the Pajero Sport is a SUV for all seasons and roads. It is equally at home in the rough as it is on the tar and the ride is just as comfortable as a sedan’s, if not more so.

For some unknown reason, probably because South Africans are so brand conscious, the Pajero Sport was always hanging on to the Toyota Fortuner’s back bumper. But with the arrival of the new Pajero Sport late last year, that’s about to change. If I had to single out the few things I didn’t like about the Sport, it would be the outdated infotainment system which doesn’t include SatNav, Apple CarPlay or Android Auto functions and the design, which to my eye, seems a bit old-fashioned. The front is modern enough but the flat rear end doesn’t quite come together in a coherent design. Although it does grow on you. A handle on the boot lid would be a welcome addition. Perhaps the engineers should consider using the available technology so you can open and close the heavy tailgate remotely.

Inside, the Pajero Sport reeks of quality. The flagship had a charcoal black theme: the piano black surfaces and the silver accents add a premium touch as do the leather seats. Although the dashboard has a hard plastic feel to it the gear knob and the steering wheel are made of superior materials. Although we didn’t go bundu-bashing we did drive on some badly corrugated roads on the way to a farm. There was not a rattle or a squeak to be heard, anywhere. But the Mitsubishi brand is known for its build quality so it wasn’t a surprise. There are two cup holders in front and a covered storage box between the seats. A nice-to-have would be a place to keep odds and sods in the space beneath the centre console. That’s just a minor niggle.

Space wise there is plenty of room for a family. The rear can be configured into a five-or-seven seater but then the latter takes away from the luggage area. The boot has a capacity of 813 litres with the third row seats down and 193 litres with them up. There is more than enough legroom for the second row passengers but you can’t move the seats forward or backwards although the backs can recline. Large adults may feel a bit cramped in the third row. Configuring the seats does take some getting used to but practice makes perfect.

Mitsubishi has discarded its old 3.2 litre four cylinder for the smaller and more powerful .2.5 litre, but staying with a turbocharged oil burner which makes sense.

The engine, which puts out 133kW at 3 500rpm and 430 N.m at 2 500rpm is mated to an eight-speed automatic transmission with intelligent shift control. The changes are smooth, like a hot knife cutting through butter.

The Pajero also offers a sport mode with manual shifting and paddle shifts behind the steering wheel, but I preferred using letting the gearbox do the work. I enjoyed driving it on some of the more twisting roads with the winding downhills and long climbs, including Sir Lowry’s Pass where it sailed over, both ways, without a stutter. The Pajero Sport handled like a dream and I was in full control of the family-sized SUV at all times. There was no cabin noise and only when I switched it on via the start-stop button could you hear the diesel throb. Otherwise the engine was as quiet as the proverbial church mouse. According to Mitsubishi the Pajero Sport has a class-leading turning circle of 11.2m (compared with11.6m and 12.2m for some other premium SUVs, which makes it easy to park and manoeuvrable in tight conditions.

The Pajero Sport is economical too. Mitsubishi claims a fuel usage figure of 8litres/100km but I recorded just under 9litres/100km and that was in all sorts of road conditions. The tank can take 68 litres of fuel.

Summing up the Pajero Sport 2.4 D4 4×4 Auto is the ideal family sized SUV that can be driven with confidence on the long and winding road or in the bundu. You can also happily use it for your daily commute. The drive is refined and comfortable and would be a breeze on a holiday adventure.

CAPTION: The Mitsubishi Pajero Sport 2.4 D4 4×4 Auto: at home in the rough or on the tar. Picture: Quickpic