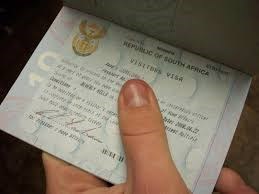 Speaking at a Wesgro briefing in Cape Town today (Tuesday), he said dealing with the visa issues would be top priority in coming months. He already had a date for “a robust engagement” with Home Affairs and he was “quite hopeful that we will be able to address some of the visa issues”. “We think the situation has changed, because we have a President who really sees the importance of tourism and who is going to be supportive.” He also suggested that Minister Gigaba might have gained a different perspective during his tenure as Finance Minister. “While being the Minister of Finance, he was able to look at the economy very seriously, knowing very well that unless we do all sorts of smart things, we are not going to get economic growth. So I think things have changed somewhat. He has already indicated a real interest in expanding online visa obligations and also (to increase) more visas on arrivals. So that will all form part of the discussions.”

Minister Hanekom criticised as “national stupidity” and “retrogressive” the Department of Home Affairs’ decision in December 2016 to impose reciprocal visas on New Zealand visitors. This was done during Minister Gigaba’s first tenure as Minister of Home Affairs.  It was in response to New Zealand’s announcement in October 2016 to impose visas on South Africans travelling to that country. “The notion of reciprocal visa requirements is unwise to say the least. It’s not very smart to retaliate.” He cited as an example that Russian arrivals to South Africa had increased by more than 50% last year after Russia was granted a visa waiver to South Africa, whereas arrivals from New Zealand declined by 17% during the same time “for no other reason than the visa requirement”.

Minister Hanekom said he would also again table South Africa’s requirement for unabridged birth certificates, which he said, was “costing South Africa heavily”. “Even the little bit of advance that we have made in China and India by not requiring people to go in person to collect their visas, is not enough. We need to do a lot more. It is still too difficult to get visas for South Africa. We also need to pay attention to the three-month limitation on visas and we need to pay attention to the long (immigration) queues at airports.”  He said addressing all these issues would make a huge difference in bringing more tourism to the country.

In alignment with this, the Department of Home Affairs talks to Shadow Minister of Tourism, James Vos, on the roll-out of eVisas, stating that Phase 1 will be commencing in Q4 this year. Read the full article here.