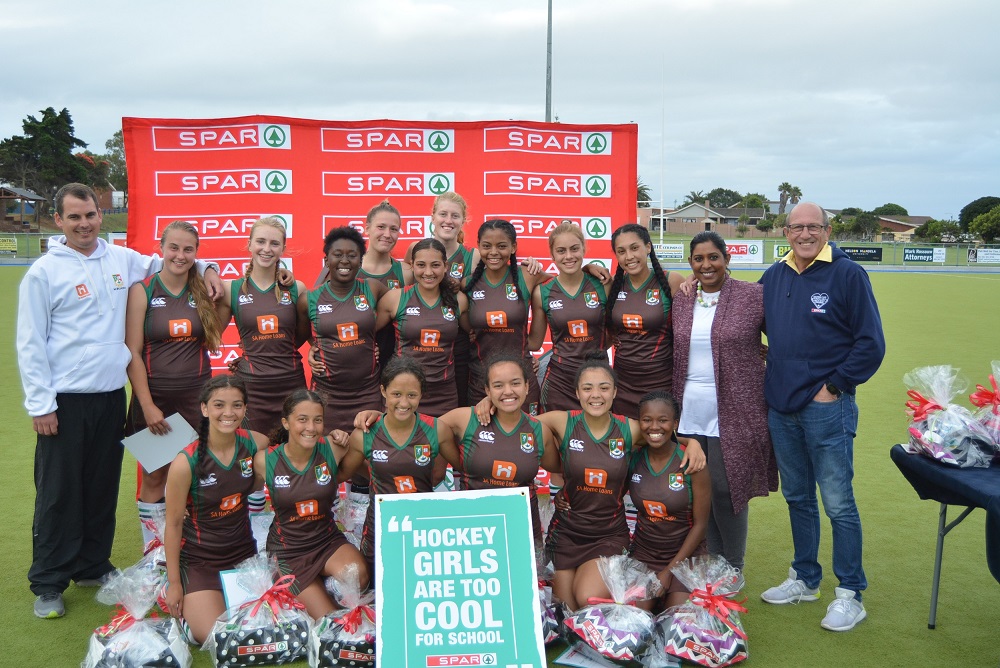 Alexander Road seized their opportunity midway through the match to be crowned champions in the PE Central edition of the SPAR Eastern Cape Schoolgirls Hockey Challenge at Westering in Port Elizabeth yesterday.

After defeating last year’s champions Woodridge in the semifinals, Alexander Road came up against 2016 winners Collegiate and ended up winning 1-0 in a tense battle.

Although the Collegiate girls dominated territorially, they could find no way through the determined Alex defence.

The match ended with a final onslaught by Collegiate, with two penalty corners in quick succession, but, as had been the case for the full 20 minutes, the Alexans stood firm.

The new champions showed how dangerous they can be in this shortened format by taking their chance in one of their forays into the Collegiate circle, with Alexandra Schenk pouncing to net the winner.

In the cross-pool play-offs, Alexander Road shaded Woodridge 1-0 in the eight-second penalty shootout, while Collegiate also went to penalties against Pearson, winning 2-1.

After ending third in the inaugural tournament in 2016 and second last year, coach Kyle Schimper said they were delighted to finally finish in first place, qualifying for the provincial finals in August.

“After our performances in the last two years, there was the hope that we could go all the way this time,” he said. “But in this sort of format you never know just how it is going to end.”

What made their victory even more special, he said, was the announcement by SPAR that Alexander Road would host next year’s PE Central tournament.

Schimper said the style of their play was suited to the format.

“We definitely try to push the attacking sort of game and the shorter format does perhaps help us a bit.

“It was a bit of a fortunate goal if I can put it that way, but that’s the nature of the game– the team who take their opportunity can win and if you don’t it can be a difficult way to lose.”

He felt the concept was a fantastic initiative for hockey across the country as it gave an opportunity for all schools to compete at another level.

“Our girls really enjoy this tournament and today was good for us because we are leaving on Friday for a tour of East London. So this game-time was invaluable.

“Also, the girls appreciate the effort that is put in to give them this opportunity and, without SPAR, this would not be happening.”

“It was great to see such competitiveness and skills from the players, but, more importantly, as a family-based retailer we want to thank all the moms, dads, siblings and friends for being part of this wonderful day,” he said.

“Our retail outlets are all individually franchised and every store has its own entrepreneurial spirit, with individuals working as a team.

“And that is what hockey is all about as well, so congratulations to you all.”

He added that camaraderie and fun were important pillars of the tournament concept.

“Sport is powered by commitment and joy and if you have that commitment you will get some joy.

“Hopefully you have made some friends today and some great memories. We love being part of this tournament, allowing us to give back a little bit to all those who support us.”