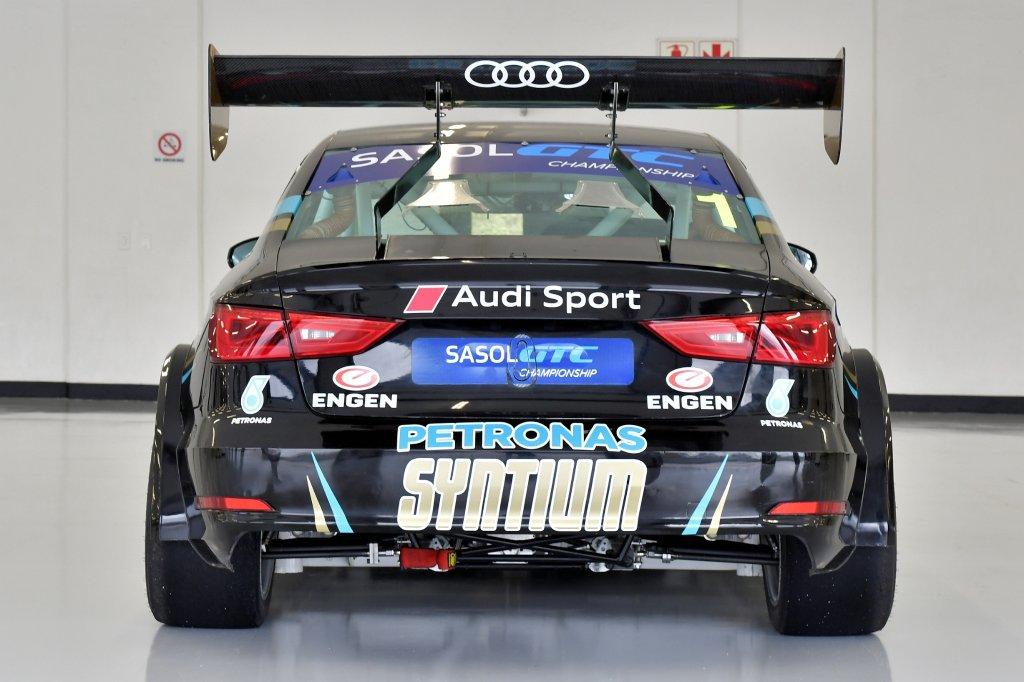 Brian Joss – Ahead of its third year in the GTC Africa Championship, Audi South Africa is teaming up with long time Audi envoy, Terry Moss Racing, under the official team name of Engen Audi.

“It is great to see that Audi South Africa has officially come on board in our winning outfit”, explained racing legend and team owner, Terry Moss.

“It’s an encouraging accomplishment to have the manufacturer re-joining our team and it will increase our ability to defend our title for the third consecutive time in 2018.”

Current reigning and undefeated GTC Africa champion, Michael Stephen (37), is leading the team in the number 1 Audi A3. As the Engen Audi team engineer, he is reckoned to be the title favourite again and is considered to be one of the most seasoned drivers in the South African racing fraternity.

With 13 national titles under his belt, he will also be fiercely competing with new turbos which have been fitted into the Audi A3 racing cars – with an additional 50 kW or 70 bhp to master.

Multiple South African karting champion, Simon Moss (26), son of Terry Moss, is ready to take on his teammate in the battle for the title. After his maiden GTC win in the last race of 2017, he’s the biggest rival for Michael.

His sheer speed and never-ending determination makes him the perfect weapon to fight for top honours in 2018.

With the cementing of the partnership between Audi South Africa and Terry Moss racing, both drivers have also received their keys to new Audi S3 Sportbacks.

“We are very excited and proud to be supporting both Michael and Simon in their 2018 GTC Africa Championship efforts. Audi has a strong heritage of motorsport culture so the partnership was an obvious one. The Audi Engen team is also an impressive racing team and with their outstanding talent, professionalism and work ethic, they are great ambassadors for the Audi brand,” said Trevor Hill, head of Audi South Africa. “We wish the team all the very best of luck for the start of the 2018 season,” concluded Hill.

The nine event championship kicks off for the Engen Audi team this weekend at the Kyalami Grand Prix Circuit. This race track has delivered some of the best motorsport that you can expect from the most premier class in the country. Friday March 23 (today) will start off with open practice sessions followed by the all-important qualifying races taking place on the morning of Saturday, 24 March – ending off with two official races for the day.

CAPTION: Teaming up: Simon Moss and Michael Stephen get the keys to the Audi S3 Sportbacks. Picture: Quickpic