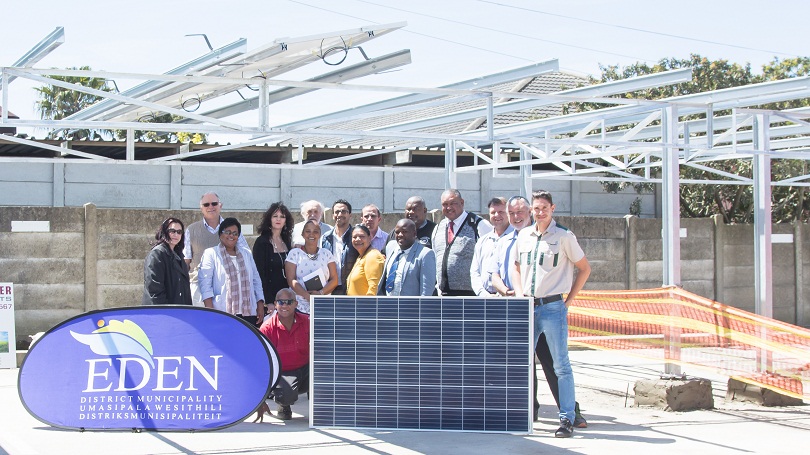 To progress to a more technologically advanced region, Eden District Municipality (Eden DM) will be hosting a Green Energy Summit from 11 to 12 April 2018, which will take place at Fancourt in George.

During 2016 Eden District Municipality (Eden DM) started with its first step of going “greener”, when it invested in a solar system at the municipality’s head office in York Street, George. The whole concept of Green Energy also forms part of the key priorities of the Eden DM Council and is now well reflected in its new Spatial Development Framework which was adopted and approved by the Eden DM Council on 5 December 2017.

The Summit will unpack the current status of the area within the Green Energy Space by involving relevant local Political Leadership, Management teams and applicable Technical Staff of all relevant Municipalities in the Eden District.  The stage will also be open to focus on local business stories and applicable local case studies with the Eden DM area, to promote an enabling environment for local investment with specific focus on Green Energy. The identification of specific opportunities for promotion of local Green Energy investment opportunities within the Eden District, is also a high priority for discussion.  It is envisaged that constructive engagements between Municipalities in the Eden District and Green Energy stakeholders will take place on the second day of the events. Solutions for eliminating red tape will be discussed because to date, this hurdle has caused a lot of headache when Green initiatives were pursued.

CAPTION: Senior Management and Councillors of Eden District Municipality (Eden DM) with Service Providers, during the launch of the Photovoltaic Plant at the Eden DM main office in George.