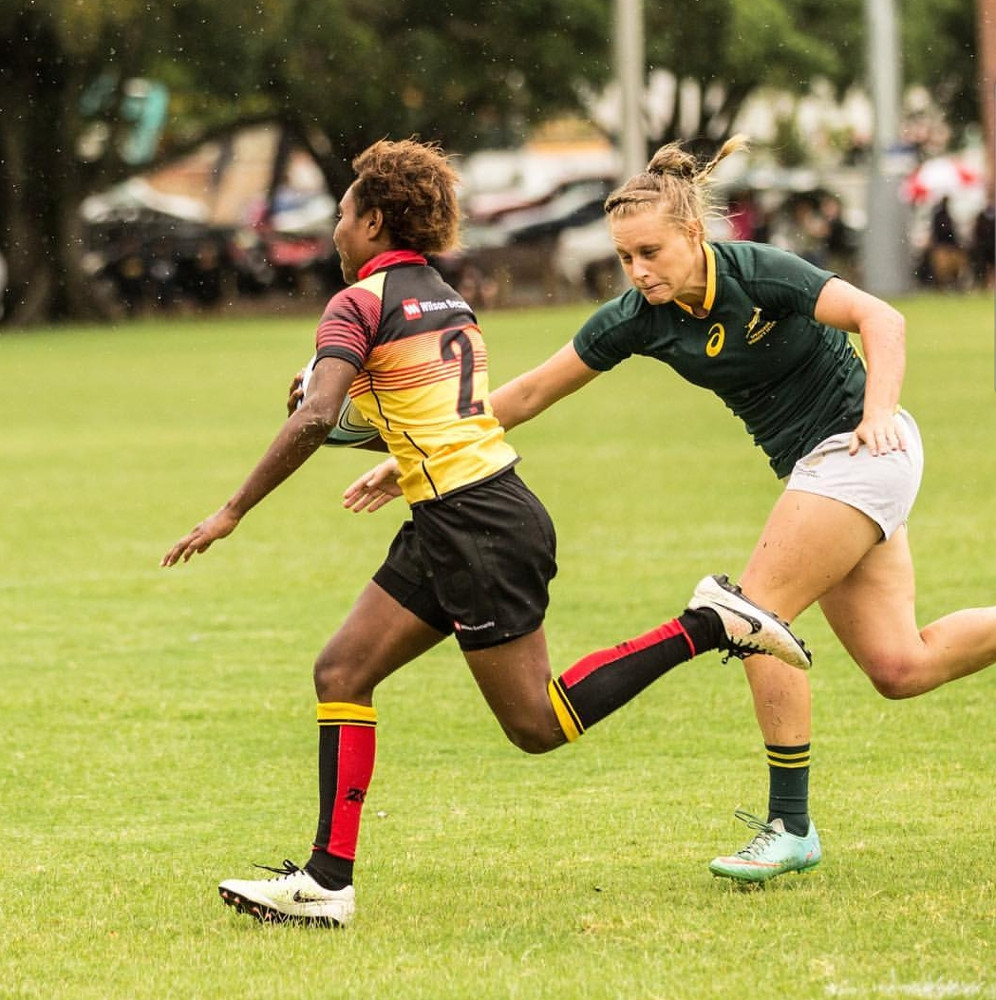 Nelson Mandela University’s Eloise Webb will represent South Africa in the women’s rugby sevens team at the Commonwealth Games in Australia from April 4.

“One of my goals was just to grow as a player and learn as much as I possibly can. Every time you make the team to go to any tournament it is an achievement,” said Webb.

The fourth-year BEd Intermediate Phase Maths and Science student, who plays at flyhalf and centre for Madibaz, said she felt excited at the prospect of competing against world-circuit teams.

“I’m also looking forward to them seeing how much we have improved as a team. This will also show us where we are and where we must improve to get better and achieve that level of play.”

The 22-year-old felt they were an amazing team and said they had trained very hard for the upcoming tournaments.

“The Hong Kong Qualifier [April 5 and 6] will be the first tournament and we will play our hearts out to qualify for the world circuit. Then we can start focusing on the Commonwealth Games, which will be one huge experience,” said Webb, who played her first tournament for the SA Women’s Sevens team at the end of 2016.

Playing against world-circuit teams meant they would take on some of the world’s best, but Webb said she did not see this as a challenge.

“We’ve played against these teams before, but we will play back-to-back tournaments and I think that will be tough on the body as we’re not used to playing these types of games. We will just need to adjust to that.”

Webb also felt their preparations were looking good and they could therefore maintain a positive attitude.

“The spirit of the team is very positive and every single player in the system strives to learn new things. Therefore, I feel we’re ready for these big tournaments,” she said.

Juggling her final-year studies with playing rugby was one of the biggest challenges Webb had to face.

“I can definitely thank my university for helping me do both academics and rugby. The rugby staff helped me so much just to find a way for me to play rugby and still get my degree as a teacher.”

Webb, who is originally from East London, said she was introduced to playing sport and watching it on a television from a young age as her family loved many types of sport.

“One of the ladies I played cricket with asked me to come and practise rugby with the team. They had actually already spoken to my brother, who also played for the Border side, about asking me to play rugby for them.”

Webb then went to training and started to appreciate the big difference between rugby and netball. She continued with her training and that was how her career began.

“My goals are just to become a better person and learn as much as I can from our coach and from my teammates. We always look at our process in which we grow. So, we just want to work on that and then our system will go forward.”

Webb felt that if you participated in a team sport, you always wanted to become a better player for them and to grow together. If you played for one another you would always strive to become better.

“For me, if you do it as a team it will become so much easier than to try to do it for yourself.”