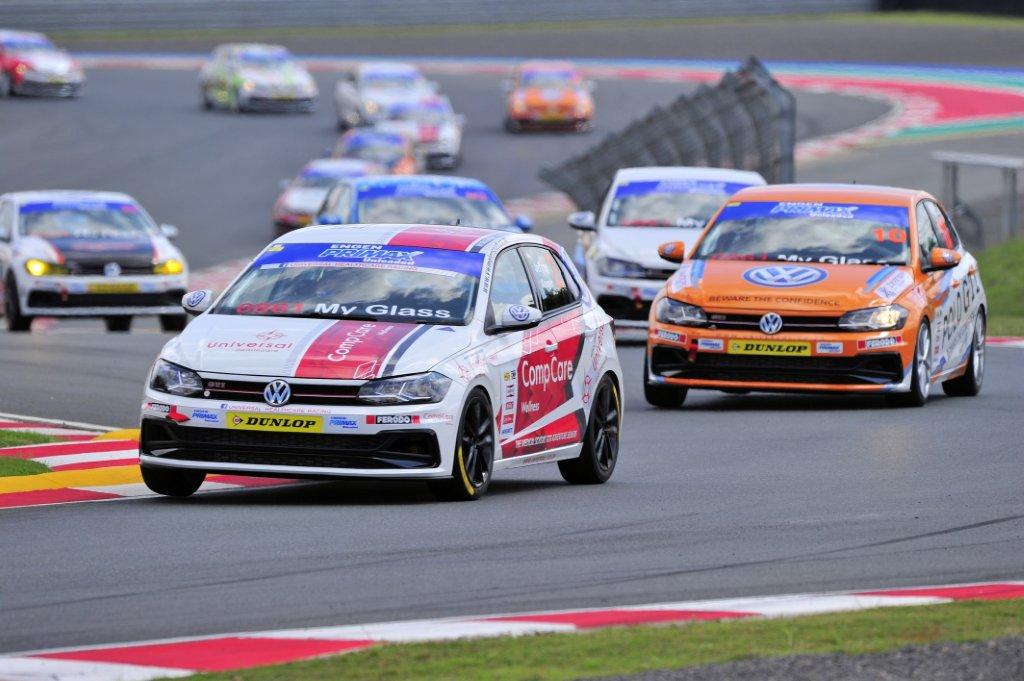 The race ran behind a Pace Car for four laps after Raais Asmal (VW Motorsport Polo) and Simon Need (Photonics Polo) touched and hit a tyre wall in unison.

Race two saw Gerber and Mogotsi dice furiously for the lead until they touched and went off together, leading to Gerber’s retirement. That left Kruger to lead Pepper to the finish, followed by Campos, La Reservee, a recovered Mogotsi and Bezuidenhout. This time, the next four places belonged to Wilken, Thompson, Daniel Duminy (SMD Group Polo) and Darren Oates (PAYEN Polo). Jeffrey Kruger took the day’s overall victory, with Tasmin Pepper the Masters category winner in second place. Keegan Campos, Jonathan Mogotsi, Shaun La Reservee and Charl Wilken rounded out the top six. The next round of the 2018 Engen Polo Cup championship will be held at the Western Cape Killarney circuit on Saturday, April 21.