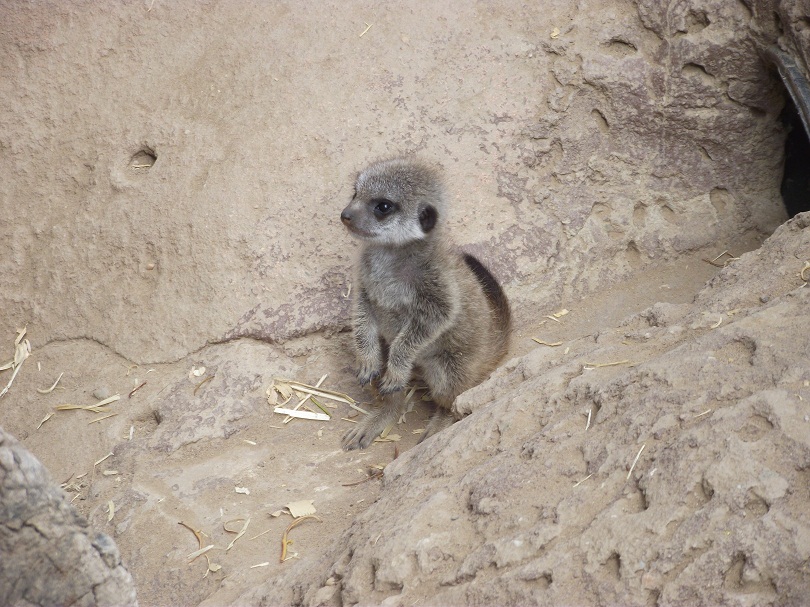 It’s been a little while since the squeaks of new-borns have had the Cango staff, especially animal keepers, buzzing! 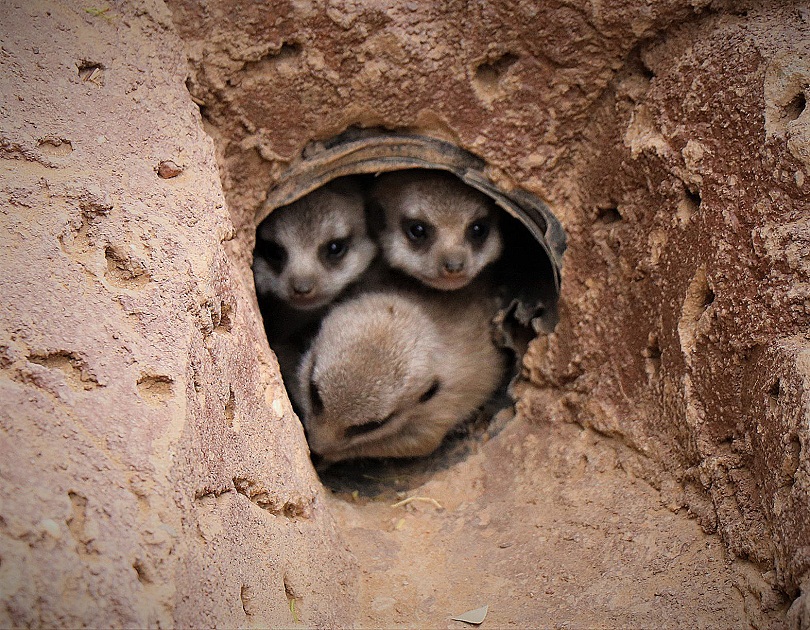 Although the Zoological team had their suspicions that Macy, a 2-year-old Slender-Tailed Meerkat, might be ‘expecting’ …no one and nothing could prepare the team for the heart-melting,
knee-rattling and jaw-dropping level of cuteness that was about to be experienced. 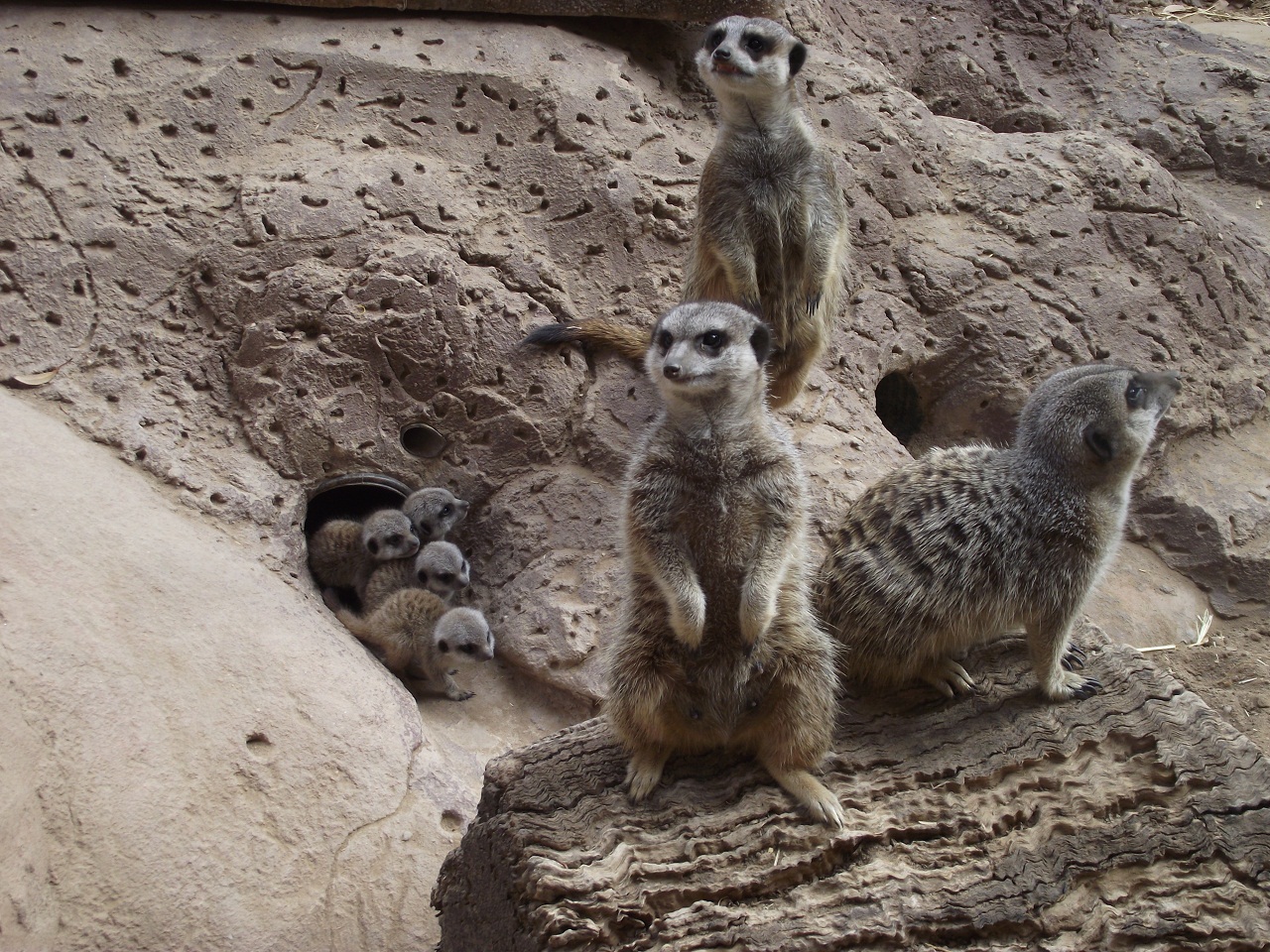 The last time that Cango Wildlife Ranch had the privilege of welcoming baby meerkats was in 2006 – a staggering 12 years ago! The facility houses an amazing little meerkat colony, all of whom were either rescued or removed/donated stemming from the illegal pet-trade. The facility spends a phenomenal amount of time and effort to integrate the individuals as they can be quite picky about their ‘family’. Patience and skill makes this possible and Cango becomes their forever-home as release is simply not possible with animals that have been human imprinted to this extent. 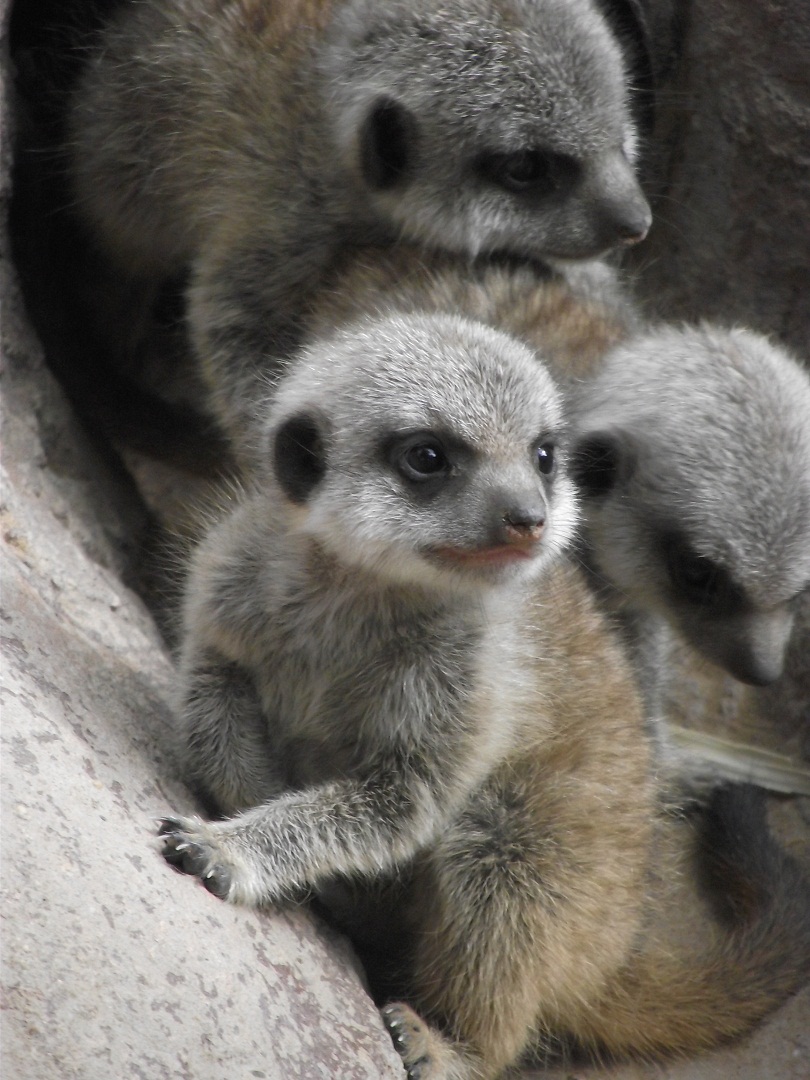 At the end of 2017, a visitor brought Macy to the facility for care. She was raised and kept by humans, which meant she would never be able to be released back into the wild. Having heard somewhere that Cango Wildlife Ranch was looking for a friend for a lone male, they knew it would be the perfect home for her. The pair instantly gravitated to each other and little did they know that it was the start of a love story.

Meerkats are pregnant for up to 77 days and usually give birth from one to eight babies at a time.

Meerkat homes are usually called burrows and consist of intricate tunnel systems which can have as many as 15 entrance and exit holes. The pups, are born underground, safely hidden away from predators and other threats.

Macy nursed her babies in the den area where they were warm and concealed whilst kindly allowing
routine health inspections from the Zoological team.

What makes meerkats unique amongst other burrowing creatures, is that they tend to have a few burrows in rotation. This means that they often up and leave one burrow for another, which the Cango Wildlife Ranch staff have witnessed dominant female Macy and her family, doing a few times.

In human context they can be referred to as phenomenal property investors!

According to San Diego Zoo, new-borns weigh between 25 – 36 grams – similar to the weight of a tablespoon of sugar! At day 9, Cango Wildlife Ranch weighed their four pups noting that they had already doubled this and clocked in between 55 – 60g! They are doing really well and as per their natural behaviour, the whole colony, consisting of adults Macy, Dusk and Scout, is pitching in to help raise the babies. Mom Macy will most probably nurse them for up to 9 weeks, after which they will
start their ‘Meerkat Academy for foraging’.

A typical meerkat day starts with grooming or basking in the morning sun. During the rest of the day they forage for food, always having one meerkat on security duty. They are so well organised that security duty rotates every hour to allow everyone the opportunity to forage. Their diet mostly consists of lizards, birds, bugs and fruit and in the wild they even like to treat themselves to an odd scorpion here or there. Amazingly, adult meerkats have some immunity to the venom!

Meerkats, alternatively known as Suricates (Suricata suricatta) are listed as Least Concerned due to the fact that their species is relatively widespread within Southern Africa. Densities can fluctuate greatly across the range, and are influenced by rainfall and predation. Although not a vulnerable or threatened species, they will form part of the integral ambassador animal collection at Cango Wildlife Ranch. The facility, which is accredited by the Pan-Africa Association of Zoo’s and Aquaria, and members of the World Association, maintains incredible standards of animal care whilst fulfilling their main mission to Conserve, Care and Connect. The dedicated staff educate the public the species housed, the plights that they face as well as various environmental issues and more, 365 days of the year.

The four pups can be seen in the meerkat enclosure right next to the snake park at Cango Wildlife Ranch’s. The genders cannot yet be identified so stay tuned to the Wildlife Ranch’s facebook page to view the pups progress and join in on naming them!