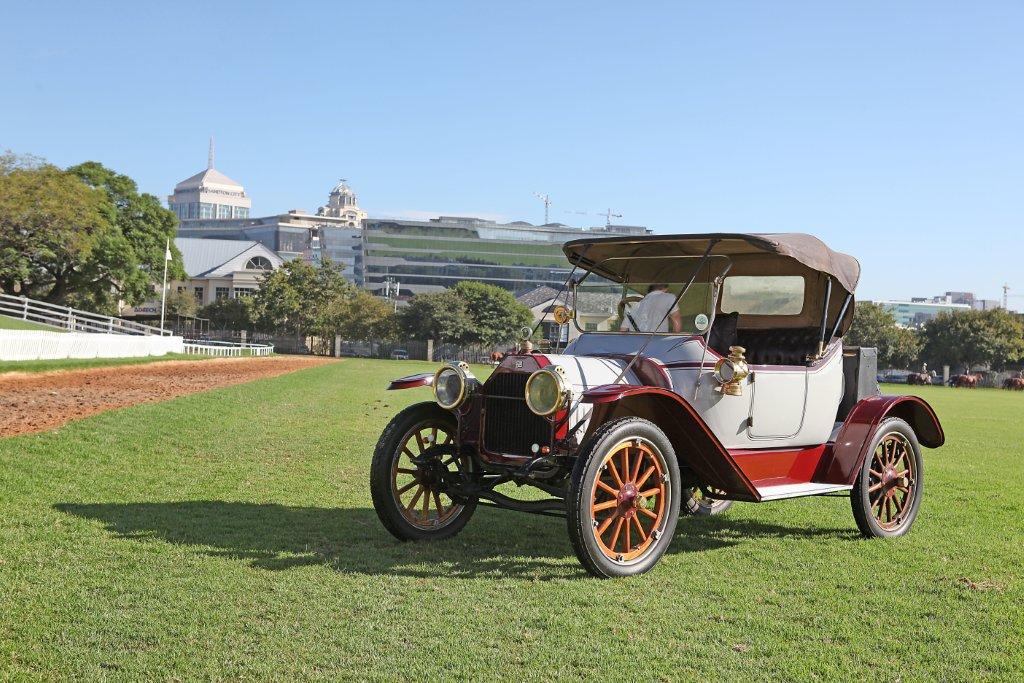 Dating back to 17th century France, Concours d’Elegance is a term of French origin that means a “competition of elegance”. Concours is not a contest of speed, but of elegance. Automobiles are judged on the quality of presentation, historical accuracy, technical merit and style – and the best garner reward and recognition.

The oldest still-existent Concours, the Concorso d’Eleganza Villa d’Este, first held in September 1929, is held annually at Villa d’Este in Cernobbio on Lake Como in Italy. The first Concours in North America was held in 1950 at the Beach Club of the Del Monte Lodge in Pebble Beach, Monterey, California in conjunction with the first Pebble Beach Road Race. The honour for longest continually-running Concours event, running since 1956, belongs to the Hillsborough Concours d’Elegence in California.

“The Concours event strives to honour the artistry and craftsmanship of bygone eras”, says Ross Crichton, co-founder of the Concours South Africa.

Limited to 120 vehicles, on display are the finest rare, collectable and classic cars from pre-war vintage to the modern era, all models dating from 1995 and prior. Judges are drawn from the highest echelons of the automotive and design industries. In 2017 over 75 cars entered and this year, indications are that entries will swell to some 100 cars.

“We are gratified that there has been so much interest in Concours South Africa, with the actual competition still five months away this bodes well for another brilliant event in 2018.” says Concours co-founder Paul Kennard.

The event last year was won by the 1988 Ferrari F40 belonging to the Johannesburg collector Keith Rivers, while the victory of the first Concours South Africa, hosted in 2016, was awarded to the 1985 De Tomaso Pantera GT5 owned by the De Abreu family from Gaborone.

The growth of competitors’ submissions can be attributed to the distinctive formula and combination of glamour, exotic machinery and the high judging standards comparable to any international level.

Entrants and guests can expect premium hospitality, a gourmet cuisine showcase hosted by top celebrity chefs, a fashion catwalk of the country’s finest designers and the finest exhibition of classic show cars in the world.

Concours South Africa took it a tier higher this year by hosting a media launch on the 20 March at the Inanda Club, Sandton. The event boasted a mouth-watering display of collector vehicles, such as the 2001 Ferrari 550 Barchetta Pininfarina, the 1974 Porsche 911 L, the 1981 Ferrari 308 GTBi, a 1973 Ferrari 365 GTB/4 Daytona, 1913 Buick Model 24, a 1962 Maserati 3500 GT as well as the current champion 1988 Ferrari F40. Guests at the event also included South Africa’s racing greats, Jaki Scheckter and Arnold Chatz. “We look forward to hosting an event in August where enthusiasts can enjoy great cars in a sublime setting” said Concours South Africa organiser Greg Marucchi.

The weekend programme will include; a Parade Des Voitures and a Welcome Function & Auction by Coys of Kensington on Friday 10 August. Saturday 11 August will showcase a full day of judging competitor cars, with final judging and the prize giving ceremony on Sunday 12 August.

Entries are now open for Concours South Africa 2018. Owners of classic, vintage and veteran cars can enter their vehicles for this year’s event by visiting www.concourssouthafrica.com

Hospitality packages, for those wishing to offer clients an exceptionally exclusive, luxury weekend, can be arranged through Concours’ co-ordinator, Sabrina Morris, who has a wealth of experience in managing events at this level, sabrina@eventoptions.co.za

CAPTION: An age of elegance: this 1913 Buick Model 24 will be on show at the Concours. Picture: Motorpress