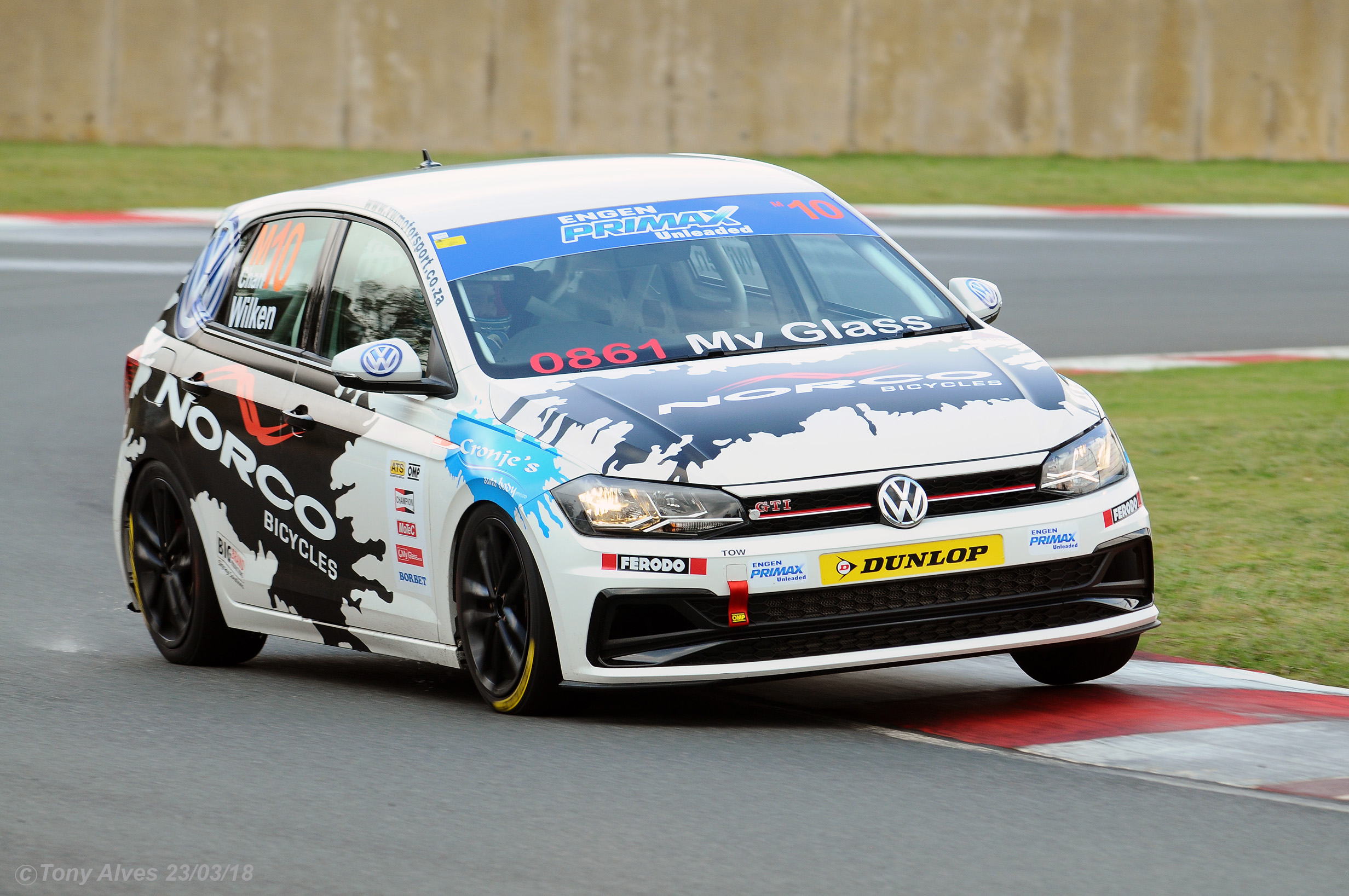 Brian Joss – It certainly wasn’t plain sailing for multiple national racing and rallying champion Charl Wilken on his return to competitive racing in the opening round of hotly contested Engen Volkswagen Polo Cup series at the Kyalami Grand Prix circuit at the weekend.

“I must admit it was far more difficult than I expected it would be.  Learning the new Kyalami in only two sessions proved to be particularly challenging. This said, it was very surprising that we were on the pace straight away with second- and fourth-fastest times in the first and second practice sessions respectively,” reflected Charl.

Unfortunately, when it mattered the Cronje’s Auto Body/Norco Cycles Polo could not deliver. During qualifying a brake pipe came off on the very first lap and Charl was lucky enough to keep the car on the track with some help from the handbrake. André Haupt and his team did a great job in repairing the car quickly, so Charl could go out again.

“Unfortunately, we were now out of sync with the other cars and I had to weave my way through the rest of the field, who were all on their slow-down laps. One of the drivers did not see me coming out if the Esses and in an effort to avoid colliding with him I ended up hitting one of the huge kerbs. Ultimately this knocked the car’s wheel alignment out and I ended a disappointing 8th on the grid,” Charl explained.

In this form of racing qualifying is key as passing is so hard to do, especially without contact. Charl knew that his issues in qualifying were always going to compromise his results over the weekend and making up places was going to be very hard.

“Although I was hoping for a better showing, I still enjoyed it immensely and a 6th overall for the day and third in the Master’s class was probably not such a bad result under very difficult circumstances. Our pace seems to be good and I am confident that I will only get quicker as the season progresses. Hopefully we will be fighting  in the front bunch at the next event,” Charl concluded.

The next VW Polo Cup race is in Cape Town at the well-known Killarney track on April 21.