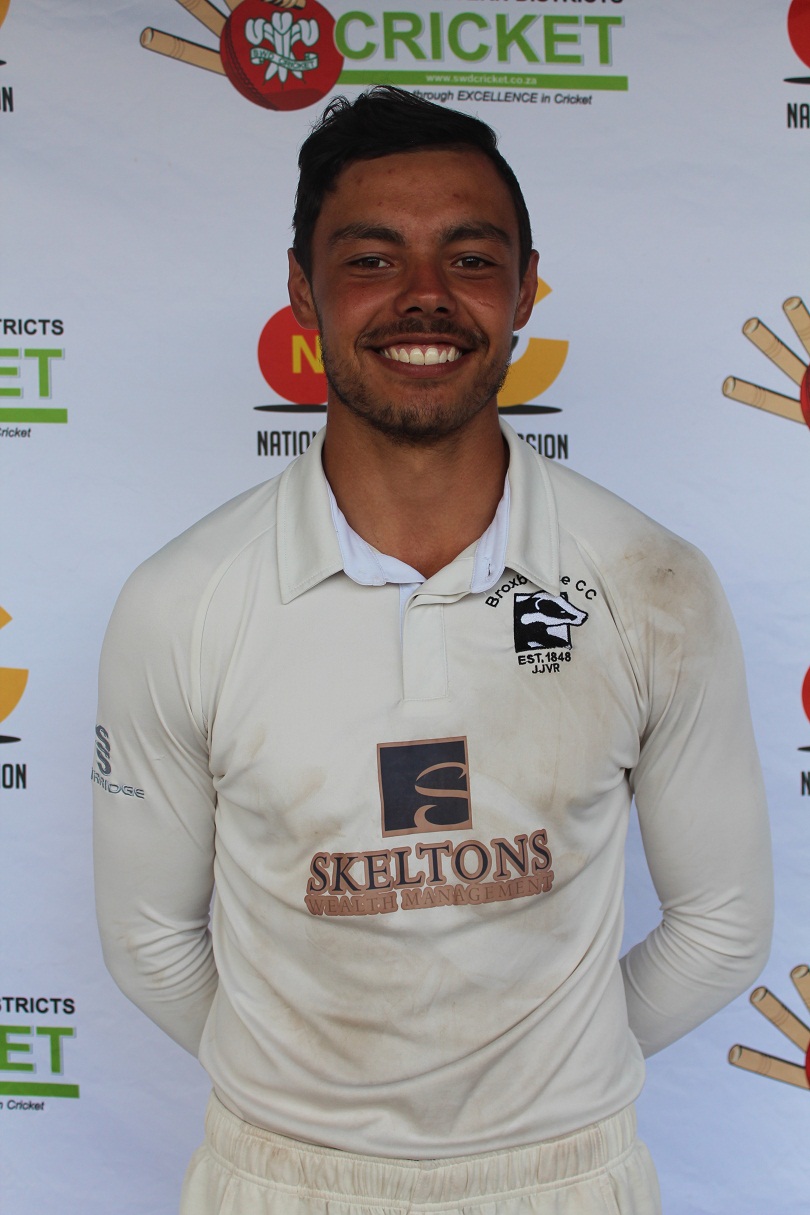 A remarkable six-wicket haul by SWD’s Jaco Janse van Rensburg, which helped the World Sports Betting (WSB) Cape Cobras to register their only win at the Cricket South Africa (CSA) Franchise Academy Week that was hosted in Potchefstroom secured him a place in the CSA Franchise Academies Cubs team.

The leg-spinner bagged figures of 10-2-21-6 to help his side easily overcome the Hollywoodbets Dolphins by 72 runs. The Western Cape side lost the toss at the start and were asked to bat first with Janse van Rensburg also contributing 31 runs to the 212/7 total.   Waseem Rahman hit 56 for the KwaZulu-Natal franchise in their reply, but it was all about Janse van Rensberg as the Dolphins were shot out for 140 in 35 overs.

The CSA Franchise Academies team will participate together with the SA Universities team and the SA Rural team 6-8 April 2018 in the Future Cup tournament at the Diamond Oval in Kimberley from 8-10 April 2018.