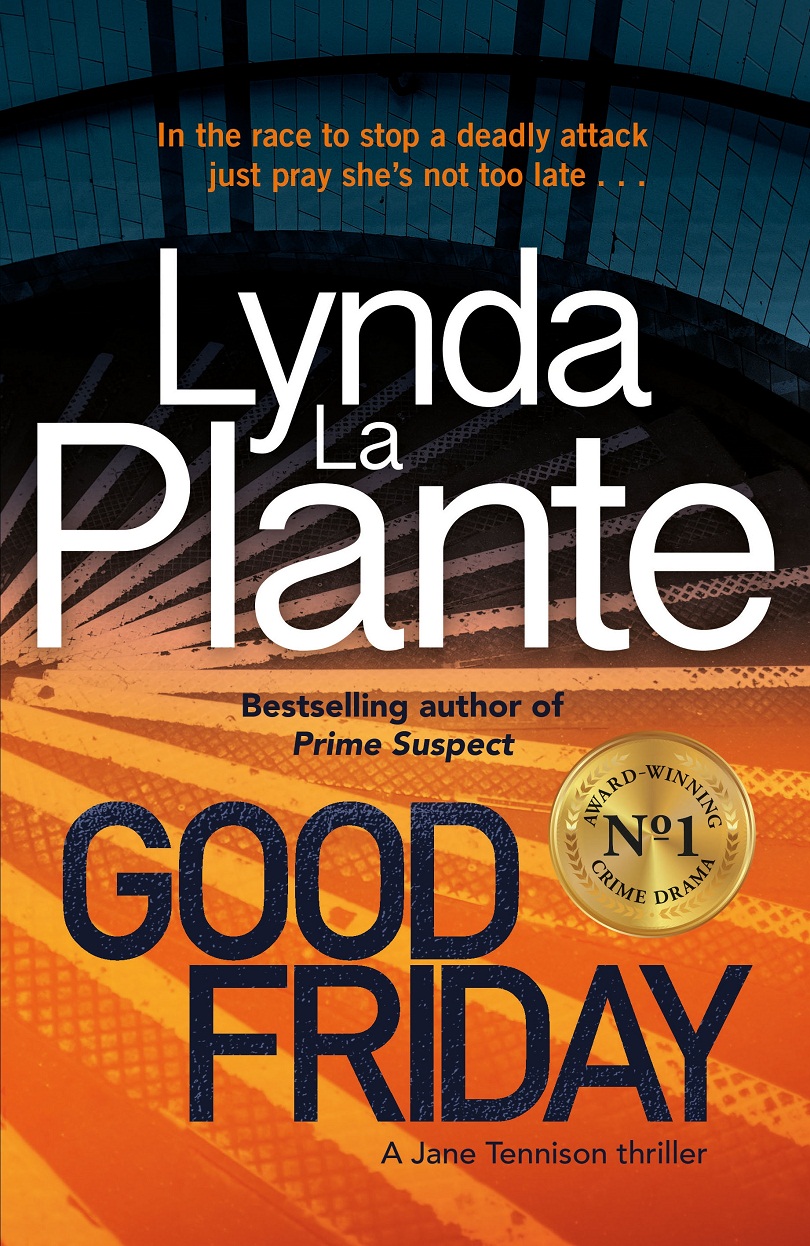 If you haven’t heard of Detective Chief Inspector Jane Tennison then you have been asleep. Actress Helen Mirren brought her to life in the acclaimed TV series, Prime Suspect, shown on satellite TV in South Africa and she has also been the subject of several books by Linda La Plante. Good Friday is the third in the series filling in the back story of the DCI’s early years.

The IRA carried out a terrifying bombing campaign between 1974 and 1975 in London: their Active Service Units (ASU) spread fear and loathing detonating over 40 bombs, killing 35 people and injuring scores more. You never knew when or where they would hit next. They did, however, send coded messages to the police warning them of the next strike to try to avoid as many casualties as possible. After the 1974-75 campaign there was a lull. Now it’s 1976 and Tennison is a detective constable in the Dip Squad, the only female member, and it is dedicated to breaking up pick-pocket syndicates.

After Tennison successfully completed her CID course she went back to Bow Street, and then transferred to Hackney. She wants to go back to Bow Street because she is still hurting after her lover DCI Leonard Bradfield was killed in an abortive bank raid along with WPC Kath Morgan. The memories are still too raw. Her aim is the Flying Squad. Instead she gets the Dip Squad and is trained in the fine art of pick-pocketing. On her first outing with the squad she notices an attractive young girl who appears to be playing the role of the distractor. The experienced team has missed the girl previously and Tennison’s discovery has unintended consequences.

While she is at Covent Garden Underground she sees an IRA bomber leaving a rucksack behind seconds before it explodes. Several people are killed and more are injured. Tennison was protected from injury when she was inadvertently shielded by a large man standing nearby. A mother and her baby are among the dead and a survivor includes a seriously injured elderly woman, Daphne Millbank, who becomes an important witness as she also saw the bomber and can pick him out of a line-out. Meanwhile Tennison who said she caught a glimpse of the bomber is coerced into saying she can identify him. A photograph of Tennison helping the injured and accompanying Daphne in the ambulance, appears in the newspapers. Now her life and that of her family is endangered. Tennison meanwhile has bought a small flat with the help of her father but to help pay the mortgage she looks for a flatmate. Rules are rules and the prospective tenant, Pearl Radcliff, has to be vetted by the police as well as any new friends that Tennison may have in case they’re sleepers (IRA agents) put in place to be activated at the right moment.

While she is visiting Daphne in hospital she bumps in to an old police college pal, Natalie Wilde, who failed the course (the swimming part) and has gone on to other business pursuits. She and Tennison become good friends. And to get her out of harm’s way Tennison is transferred to the Bomb Squad which sounds like an oxymoron but it’s to the forensic lab she goes where she sifts through the debris left by the explosion at Covent Garden railway station.

Meanwhile Scotland Yard’s CID is holding their annual dinner at St Ermin’s Hotel and with all the detectives and guests, it presents the perfect target for the IRA. The action, which up to now has played out at little more than a snail’s pace, apart from the odd incident, heats up when Tennison sees the Covent Garden bomber dressed in police uniform directing traffic in the hotel parking lot. Then she has to convince her superiors that it is indeed the bomber. The story is told mainly through Tennison’s viewfinder and there are hints of the demons that will come to haunt her later in life. Romantic interests include the male nurse, Michael Mitchell at the hospital; forensic expert DS Paul Laurence and DS Alan Dexter, a one-man bomb-disposal unit.

Good Friday gives a good insight in to Tennison’s early life and the battles she had to fight because she was a woman and when racism and sexism were still entrenched in the police force. La Plante has also hit the nail on the head with her description of London during the troubles, when you wondered if a bomb in the pub you were drinking at would explode at any minute.  Good Friday is a good read but it doesn’t move at a cracking pace. La Plante fans will relish it.