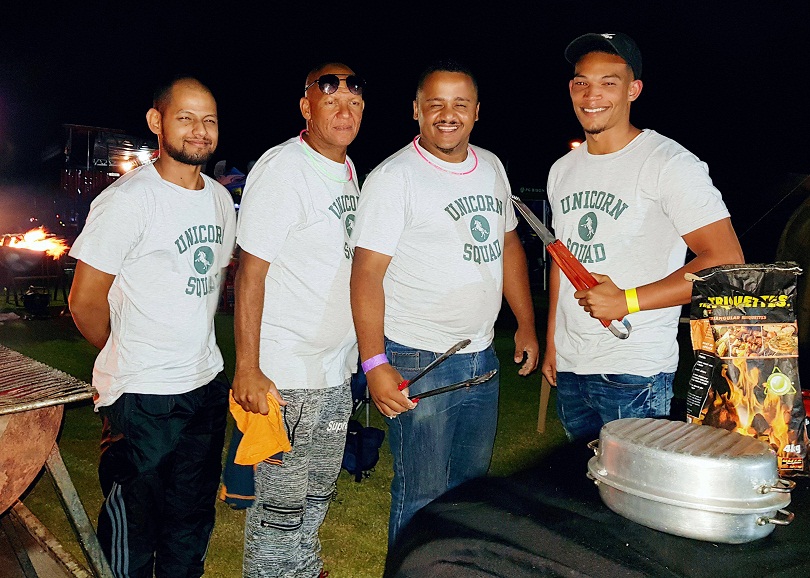 Eden District Municipality’s (Eden DM’s) team, also named the “UNICORN SQUAD” formed part of the 2018 CANSA Relay for Life event in George on 27 March 2018. This year, it was the Eden DM’s 3rd year of participation in the event.

Eden DM Team Organiser and Human Resource Officer: Employee Assistance Programme, Shandré Abrahams, said: “It’s a huge privilege for the Eden DM team to be part of this amazing initiative. It was unbelievable to see the commitment and passion of the people even in the midst of rain. The highlight of the CANSA Relay was the Luminaria ceremony, where candles are lit to signify loved ones who passed on due to Cancer, and those who won their battle and those who are still fighting the disease. It’s very emotional, and it genuinely touches one’s heart when a person sees how many people have lost loved ones. It is also amazing to hear the stories of those who have survived Cancer,” Shandré added.

Calvyn Scheepers, Deputy Manager of Human Resources, commended the team for their efforts and added: “CANSA Relay for Life is a global event that unites communities all over the world in the fight against cancer. Worldwide on an annual basis, approximately 6 000 Relay for Life events take place, of which more than a hundred are hosted in South Africa”.

Scheepers further stated: “This unique event offers everyone in our community the opportunity to participate in the fight against cancer. It represents the HOPE that all of people who have lost their lives due to cancer will never be forgotten; that those who are fighting cancer will be supported and that one day, cancer will be cured. TheRelay for Life embraces the entire community; from the young to the old,” he added.

Eden DM will continue to uphold its vision by supporting life-changing initiatives, as a means to create awareness, to improve the lives of the residents of the Eden district and through its participation in CANSA. Eden DM believes that cancer survivors, family members and friends of survivors and those living with cancer, will echo the same warm embrace and deeds for others.