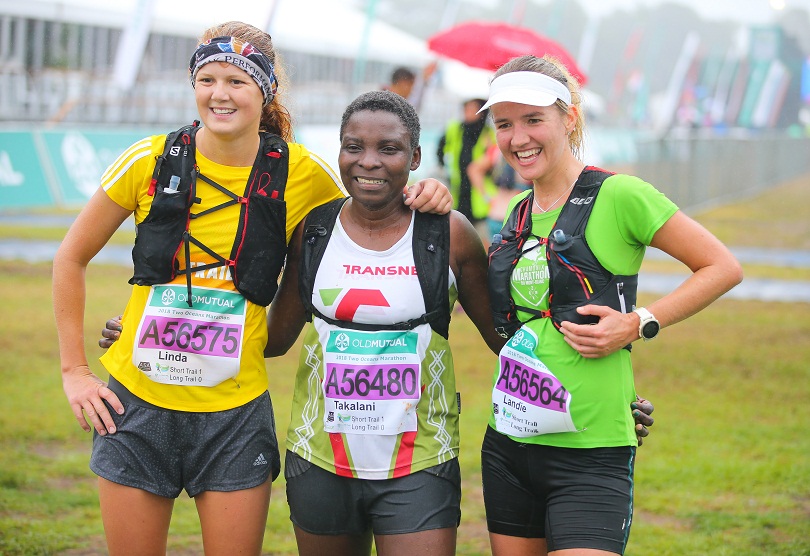 In the 12km Trail Run, Takalani Ndandani won the women’s event, with Kennedy Sekhuthe claiming the men’s title. Winner of the junior title for the men’s 12km (and second overall) was Stephen Millard, one of the OMTOM Development Runners for 2018.

Both the 24km and 12km Trail Runs started at UCT before heading on to the slopes of Table Mountain via Newlands Forest. Runners – and Capetonians – were treated to the rare sight and sensation of rain in the morning, with the running conditions slippery but pleasant once out on the trail.

Reilly went out hard from the start; keeping him company from the get-go were Lucky Miya, Givemore Mudzinganyama and Tranquil Gumbo. Christiaan Greyling was also in the mix.

“The quality of the field was really good,” said Reilly. “I didn’t expect guys like Lucky and Givemore to be here, so when the gun went off the pace was really hot.”

After a fast start, local man Reilly was able to gain the upper hand on the climb up Devil’s Peak. “I know the trails really well, and I thought Devil’s Peak would be the best place to make a move.”

After Reilly broke away the others were unable to catch him again. “From there I was pretty much on my own to the finish.”

Reilly added that the route was a highlight overall, with an excellent mix of trail, forest and good climbing.

Despite the chilly and wet weather, Megan Mackenzie was also all smiles after her 24km Trail Run success. This was her debut run at the OMTOM Trail Run.

“I came here today to use the Trail Run as a tune up for my racing season, but I also wanted to give it my all,” said Mackenzie. “I am really thrilled to have won on my first attempt.”

The women’s race was not quite as tight as the men’s, with Mackenzie breaking away from the chasing ladies early on, ultimately finishing 14 minutes ahead of second-placed Samantha Reilly (Kane’s sister).

Mackenzie added that the course suited her training schedule, albeit at half the distance she will be  racing at European events.

“The course was lovely. It was fast with lots of hills, which really gave me a workout, plus running in the rain was great training for racing overseas. It was just so nice to run in rain in Cape Town again!”