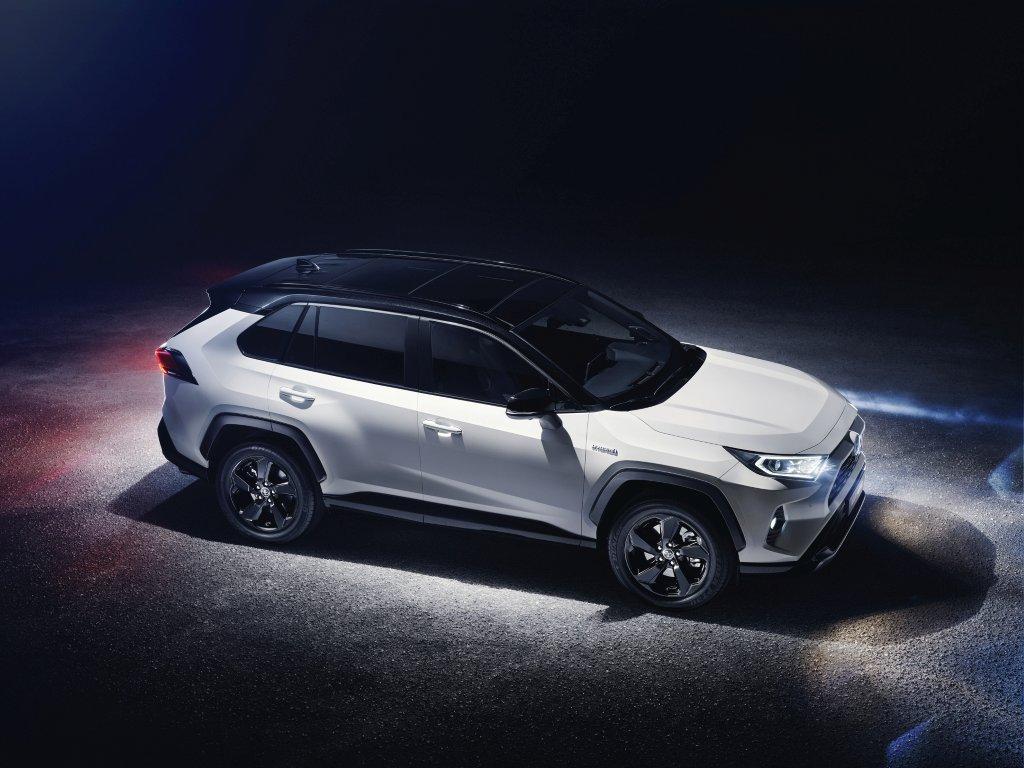 Brian Joss – All the stops were pulled out for the world debut of the all-new 2019 Toyota RAV4. The vehicle that created the small sport utility vehicle (SUV) segment made its fifth-generation debut at the New York International Auto Show last week.

Designers focused on the key words “adventure” and “refined” to produce a bolder and tougher presence with a lower, wider exterior profile and more sophisticated and premium interior with increased rear legroom.

The adoption of a Toyota New Global Architecture (TNGA) platform results in a longer wheelbase and wider front and rear tracks for stable, confident driving while shorter overhangs enhance new RAV4’s ability to overcome rugged terrain. The 2019 RAV4 is the second SUV to adopt a TNGA platform, joining the C-HR that was launched last year.

A new multi-link rear suspension and chassis rigidity that has been improved by 57 per cent contribute to improved handling, minimum interior cabin noise and excellent ride comfort.

A new 2.5-litre in-line four-cylinder engine features in both petrol and hybrid models to meet the demand of providing a highly responsive, yet fuel efficient driving experience.

An eight-speed direct-shift automatic transmission is mated to the petrol version while hybrid variants are equipped with a continuously variable transmission.

A new all-wheel-drive system can send 50 per cent of engine torque to the rear wheels and distribute it to the left or right rear wheel for improved handling.

The all-new 2.0-litre petrol engine will be designed specifically for the new TNGA architecture and will also be available with a choice of manual or automatic transmissions.

Internationally, the RAV4 will also debut with an all-new hybrid variant delivering impressive power output and exceptional energy efficiency. (This model is under investigation for local introduction, but will not be available at launch.)

Toyota’s hybrid technology will perfectly complement the work of engineers who have dialed-up the fun-to-drive factor by advancing every aspect of RAV4’s performance, handling and ride comfort.

Together with the robust exterior styling and sophisticated interior, the new RAV4 will offer even greater appeal to people with active lifestyles who want to explore the city or make a weekend trip to off road to the inlands and SA’s beautiful sceneries.

In the US, the new RAV4 comes with a raft of new active-safety technologies that enhance protection, including a pre-collision system with pedestrian detection, autonomous emergency braking, cruise control, automatic high beam to name a few.

The new Rav4 will make its local debut in the second half of 2019.