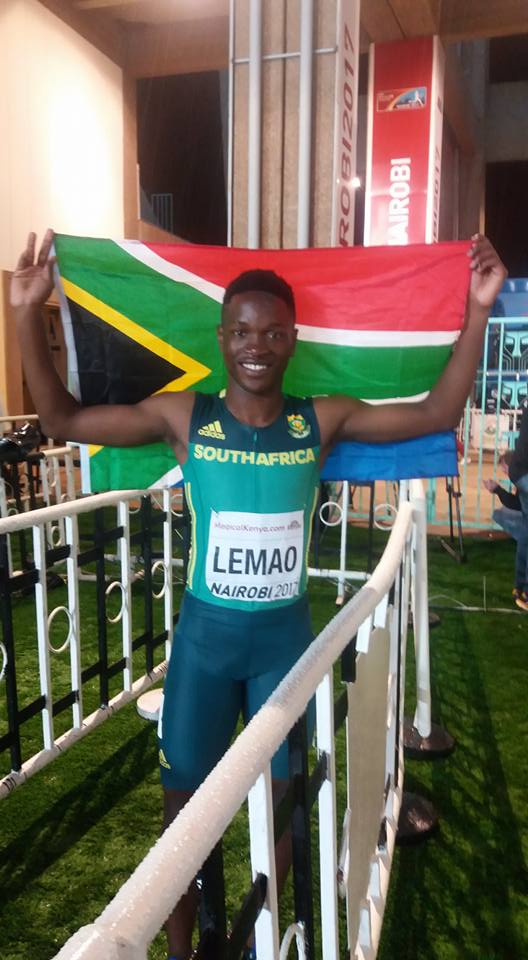 Some of the country’s most promising track and field athletes will compete at Dal Josaphat Stadium in Paarl this week when they turn out at the ASA U18 and U20 Championships between Thursday and Sunday (5-7 April 2018).

While High Jump sensation Breyton Poole is on international duty at the Commonwealth Games in Australia, a number of his compatriots who joined him on the podium at the IAAF World U18 Youth Championships in Nairobi, Kenya last year, will battle for national age group honours.

The Gauteng North squad also features the likes of sprinters Tshenolo Lemao and Retshidisitswe Mlenga, who won the world youth 100m and 200m titles last year respectively, and double amputee Ntando Mahlangu who is expected to put up a fight against his able-bodied compatriots.

Another sprinter who is expected to light up the track is in-form Central Gauteng athlete Thando Dlodlo who set a national Junior 100m record of 10.11 at the ASA Senior Championships in Tshwane last month.

The annual age group championships will start with the Youth Boys 10 000m Walk at 8am on Thursday and will conclude with the Junior Men 4x400m Relay final at 6.10pm on Saturday.

Tickets cost R30 for adults per day, R20 per day children and R30 entry per car. Tickets will be available at the Main Entrance each day.

“We are heading for a thrilling three days of athletics this week,” said Aleck Skhosana, the President of Athletics South Africa.

“There’s amazing talent that will once again set alight Paarl after a successful staging of the Liquid Telecom Athletix Grand Prix Series two weeks ago at the same venue.

“We are counting on athletics to fans in Paarl to provide another great atmosphere over the three days which has a potential of setting new records. We wish all athletes and coaches the best of luck.”