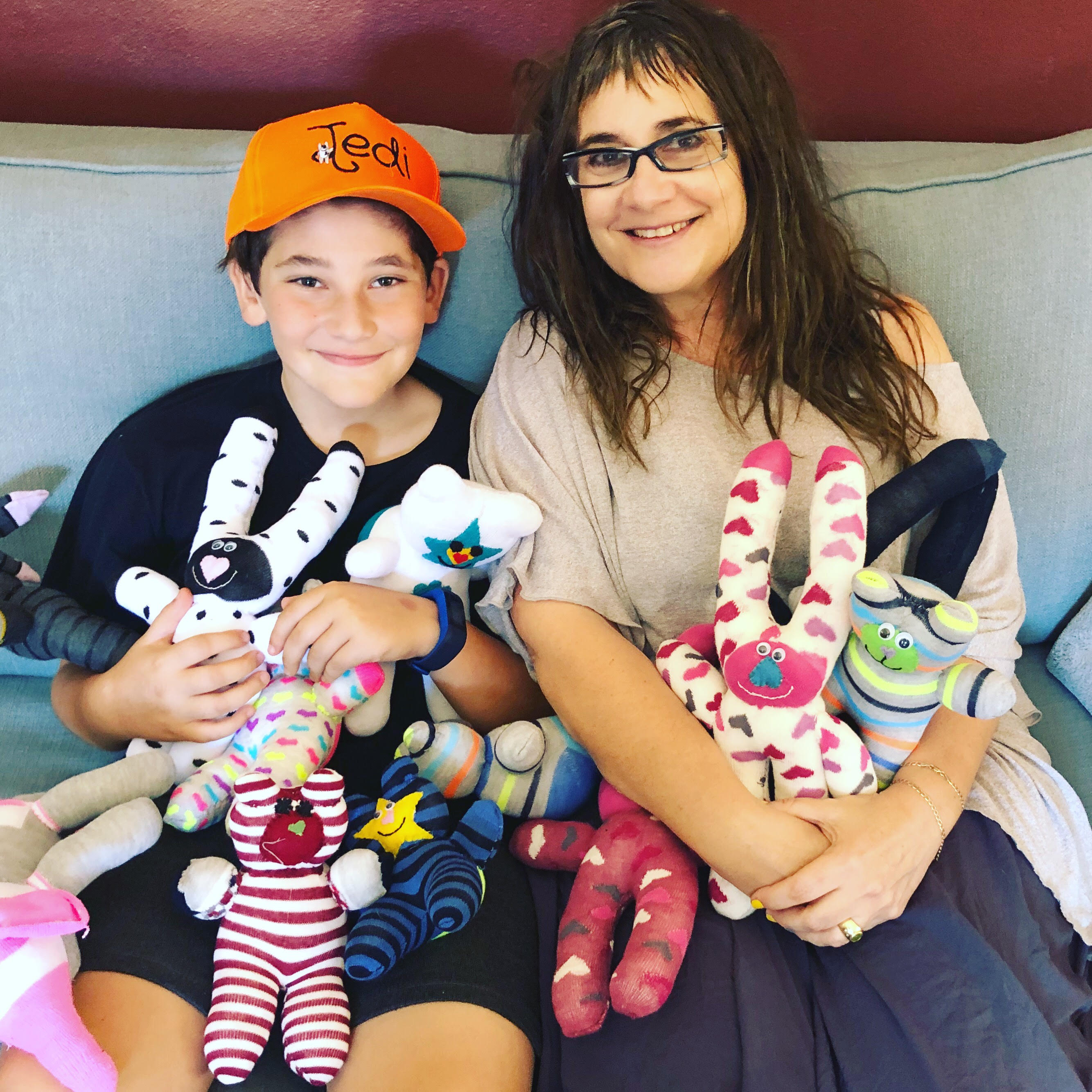 In September 2016 Jed Kagan (10) from Sea Point, Cape Town, experienced severe pain in his knee after playing with his older brother, Liam. Trying to determine the root of his pain struck fear Jed’s parents and puzzled a number of specialists.

“Jed returned home from school to play cricket with his older brother. After coming in to rest he revealed he had severe pain in his knee and struggled to get up. Not thinking much of it, we carried him to the bath, thinking warm water would help. Jed screamed blue murder and there was nothing we could do about it” – recalls mom, Shana.

By lunch time the next day, Jed’s pain had elevated and he was rushed to medi-clinic emergency. An X-ray and several blood tests revealed nothing out of the ordinary and Jed was sent home with anti-inflammatories.

After a number of days, Jed’s pain had not subsided which concerned his parents and Dr Lee, his GP, who then arranged a blood test to investigate whether Jed had contracted the strep virus. To their dismay, the test came back positive.

“The virus settled in his knee making him unable to walk without crutches. Jed’s pain appeared to be escalating despite being prescribed with a lot of medication. After 2 weeks the medication showed no results and we were referred to Dr. Salkinder, an orthopedic knee specialist.” – says Shana

A series of X-rays and blood tests eliminated rheumatoid arthritis as a possible diagnosis and then Jed was booked for an MRI which led to another dead-end.

“By this point Jed was on adult suppositories that had no impact on his pain. All he could do was to remain as still as possible and make the best of a difficult situation” – says Shana

“Dr Zieff, noticed in his assessment that Jed’s leg was cooler than the other, it was slightly swollen and also discoloured. Recognizing these symptoms, Dr Zieff suspected Jed had a condition known as Complex Regional Pain Syndrome (CRPS). After a day of deliberation the Nuclear Medical Doctors confirmed Jed’s knee tested positive for the disease.– says Shana.

CRPS is a disease brought upon by a previous injury or sickness, which causes extreme pain in a region. In simple terms, the pain results from a series of incorrect nerve signals sent from the affected joint to the brain.

After searching pillar to post for an answer and solution to Jed’s severe pain, Jed’s luck changed when he landed on the steps of The Red Cross War Memorial Children’s Hospital. Their Aneasthiology department had dealt with children with this disease and to date is one of the only institutions in the world equipped to help those suffering with the condition.

“When we arrived at the Red Cross, Jed was unable to walk, but with determination he powered through, gritting his teeth through the pain.” – says Shana

The Red Cross Team, Sister Angeline Schrikker and Rukaiya Mowzer in particular formed a special bond with Jed and always kept Jed in positive spirits. After a 12 hour Ketamine drip, Jed’s pain level decrease from 8 to 7, by the third day his pain was only at level 3.

“We felt so accepted. It is a difficult disease to explain and to comprehend. Here they had seen it all before and they were encouraging and nurturing, caring and empathetic to Jed and to all of us. We so needed to be understood as it is a disease that makes one question ones sanity.” – says Shana

Jed became the 10th child in Africa to be treated for the rare CRPS disease after spending only 4 days at the Red Cross and was discharged on the 25 November 2016. By the end of December Jed was already walking without crutches due to extensive Physiotherapy.

During their time at the Red Cross, Jed and mum, Shana were introduced to a number of families who had suffered a similar ordeal and were inspired to have a positive impact on those affected by this condition.

Jed has done a number of motivational speeches about CRPS and his experience with beating the illness. He has a soft spot for the Red Cross for the role they played in his recovery.

“Here I am, a smile on my face and a spring in my step. And the truth is, I could not have done it without Red Cross War Memorial Children’s Hospital and the support of my amazing family.” Says Jed.

In Jed’s honour, Shana created a non-profit organization called Jedi Tedi. An organization focused particularly on raising funds for the Red Cross Pain Clinic on an ongoing basis. Funds are generated by selling unique, handmade Tedis, the people of Sea Point have come to know. Each Tedi is made with care and affection, by a team of retired grannies and anyone in the neighborhood wanting to volunteer their time for a good cause.

The cornerstone of our organization, Jedi Tedi is to create awareness for a disease commonly misdiagnosed and mistreated, so others can receive the help they need early on. I wouldn’t want anyone to ever have to go through what we went through” – says Shana

The Jedi Tedi team put together a campaign on donations based crowdfunding platform, BackaBuddy as special project to say thank you to the dynamic team at the Red Cross Hospital more than a year since Jed’s recovery.

In raising R36 500, Jedi Tedi hopes to provide 365 patients at the Red Cross with their own their own companion.

“We hope to provide these children with a symbol of courage, triumph and perseverance while they are battling their various conditions.” – says Shana

To support Jedi Tedi in raising funds to provide a child at the Red Cross with a Tedi, donate R100 to the BackaBuddy crowdfunding campaign here: https://www.backabuddy.co.za/jedi-tedi-campaign

Any Additional funds will be shared between the Red Cross Pain Unit and 10 year old Caden Benjamin who is suffering an extremely rare and incurable condition known as Prader Willi Syndrome.

Contact information on request as well as additional photos.