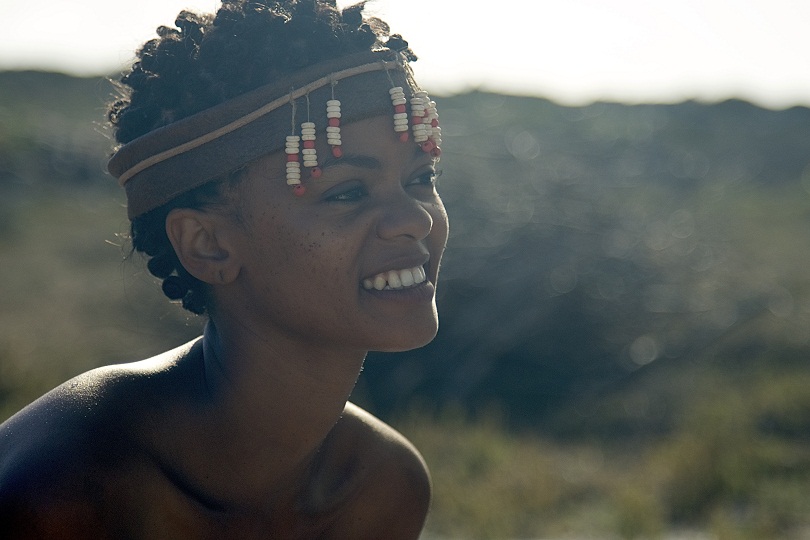 It has just been announced that the acclaimed historical drama, KROTOA, has been invited to attend the eighth Beijing International Film Festival, from 15 to 22 April 2018, to compete for a prestigious Tiantan Award!

The news of the film’s inclusion in the festival, follows closely on the heels of the success of leading lady, Crystal-Donna Roberts, who has just won a SAFTA for Best Actress for her captivating portrayal of this forgotten heroin and who will also be attending this glamorous event. Roberts, who is currently starring in kykNET’s brand new sitcom, Mense Mense, says: “It is amazing to get recognition for my craft, especially considering the controversy surrounding this film. It is a story about a woman who few people know about and whose contribution to our country is barely recognized. Although the film won international awards, it just means so much for her memory that it has now also received a local award. Hopefully this will lead to the discovery of many similar stories in the future.”

Armand Aucamp, who impresses in the role of Jan van Riebeeck, as well as Roeline Daneel (Maria van Riebeeck), Ernest St. Clair (Doman) and award-winning director and producer, Roberta Durrant, will also be attending the festival in Beijing. “We are very excited for this award and thrilled that the organisers of the festival offered to fly and accommodate four cast members and the director to Beijing. The continued interest inKROTOA is remarkable and it is very encouraging that her story continues to travel the globe via these festivals,” shares Roberta Durrant, about this latest accolade. “It is so exciting because the movie has been featured at various international film festivals, but we have never had the opportunity to attend until now. I am looking forward to experiencing, first-hand, the reaction of international audiences to the film,” Crystal-Donna adds.

Written by Kaye Ann Williams and Margaret Goldsmid, this impressive drama tells the true story of a brave Khoi princess, who is removed from her close-knit Khoi tribe to serve Jan van Riebeeck, her uncle’s trading partner. She is brought into the first Fort, established by the Dutch East India Company in 1652. There she grows into a visionary young woman, who assimilates the Dutch language and culture so well that she rises to become an influential interpreter for van Riebeeck, who became the first Governor of the Cape Colony. KROTOA ends up being rejected by her own Khoi people and destroyed by the Dutch, when she tries to find the middle way between the two cultures.

Aside from its exceptional local achievements, the movie has won eight international awards and has received numerous selections from various film festivals. It has also been selected as the gala opening night film at the Toronto South African Film Festival in October 2017.

KROTOA was produced by the SAFTA Award-winning film company, Penguin Films, in association with kykNET, the NFVF and the Department of Trade and Industry and was locally distributed by Ster-Kinekor Entertainment.