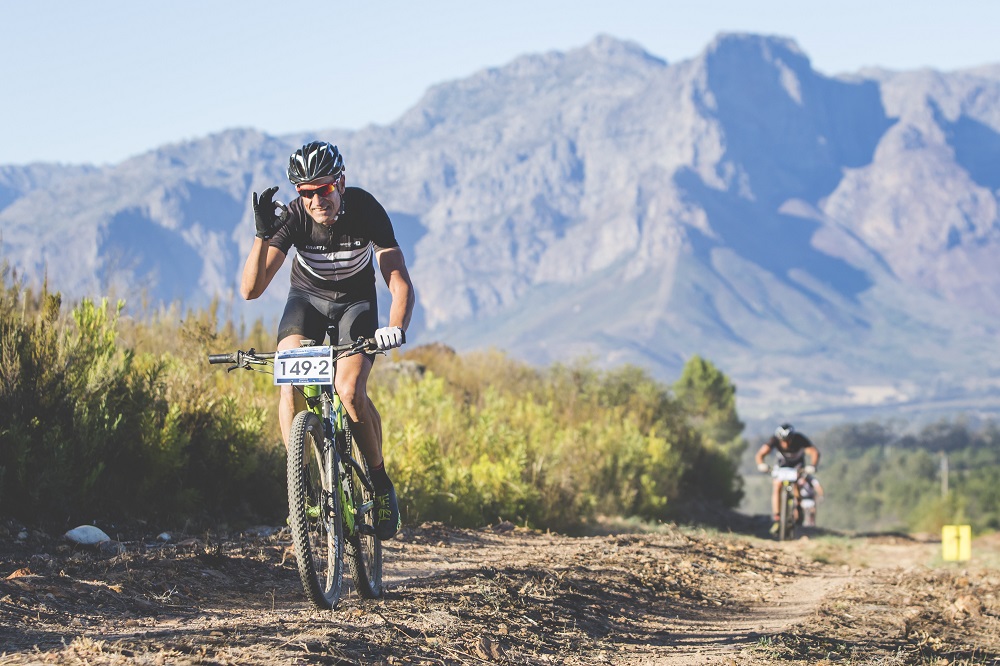 A route to provide special memories and an extended stay at the luxury Le Franschhoek Hotel are two of the key elements race organisers ASG Events believe will add value to the Liberty Winelands Encounter next weekend.

Taking place in the Cape Winelands from April 13 to 15, the mountain-bike stage race forms part of the Liberty Encounter Series, which kicked off with the TransCape event in February.

The third and final race, the Waterberg Encounter, will take place near Bela-Bela in Limpopo in June.

Winelands route designer Johan Kriegler has been adapting the course for this year’s event with a view to making it manageable for all riders, while also ensuring there are a few interesting challenges.

He said one of the significant moves was to change the start of the race from Coetzenburg in Stellenbosch to Zorgvliet Wine Estate, taking out the tough Botmaskop climb early in the stage.

“We found that the ascent and the switchback climbs were too technical for the average Liberty Winelands rider,” said Kriegler.

“It didn’t make sense in terms of the target market of the race to set up luxurious accommodation for the competitors and then create a stage which leaves them so exhausted they cannot appreciate what is on offer.”

With the key focus on creating scenic routes and providing a memorable experience, he added that the switch in the start allowed them to incorporate more of the Boschendal single-track in the 49km stage.

“Previously we used to include Skyfall in the route after the Botmaskop climb, but Boschendal has similar sections to Skyfall so we are using more of those trails this year.”

Kriegler said there was quite a bit of single-track on stage two over 48km, including the 12km Matoppie climb alongside the Berg River dam.

“This comes about 10km into the stage and it is a little hill like an oasis in the landscape,” he said.

“It will test the riders, but this stage is also about the conditions they will face.

“The area is characterised by loose rock and sandy patches so although the stage, at 47km and 1 150m of vertical ascent, doesn’t look too hectic, the surface will make it a little tricky.”

Kriegler said there would be a good challenge for the riders in the final stage of 50km when they went up into Hawekwa Forest, with a sting in the tail as they climbed up to Hawekwa Plantation.

“From there it all flows down to the Nederburg Wine Estate near Paarl, so after the hard work earlier on there is some reward at the end.”

He added that the decision to book out the four-star Le Franschhoek Hotel for the weekend would add much value to the event.

“This avoids cyclists having to move on Saturday as in previous years and gives them an extended time in luxury surroundings, which is one of the important elements of the whole package.”

CAPTION: Cyclists in the Liberty Winelands Encounter can again look forward to a variety of scenic trails when the event takes place in the Cape Winelands from April 13 to 15. Photo: Ewald Sadie