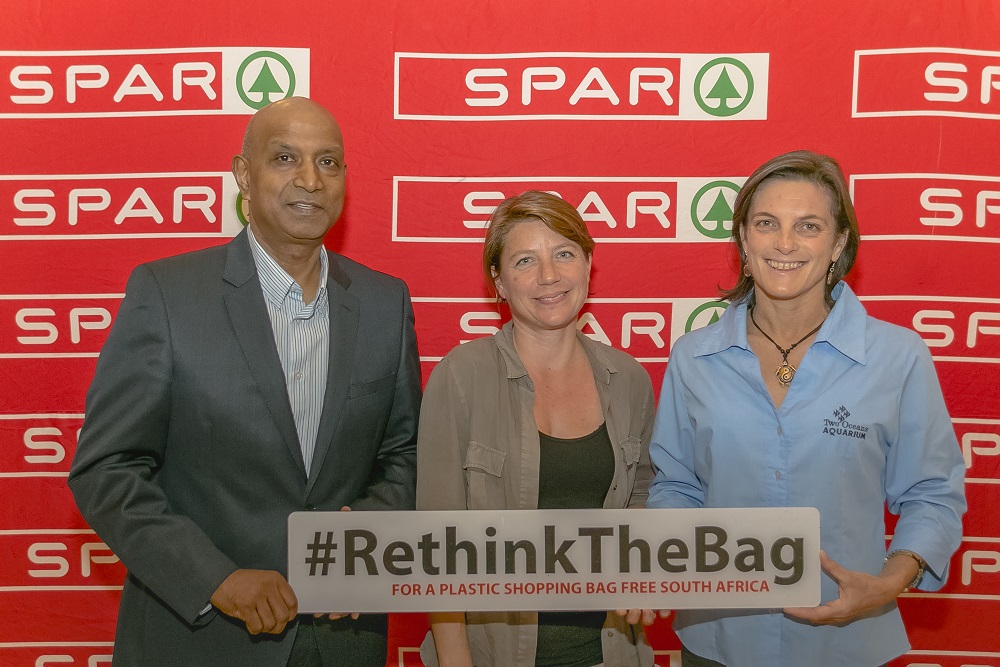 Starting today (April 6), SPAR Eastern Cape have declared war on plastic bags as the retailer spearheads a significant step forward in the battle to protect the environment.

In a move which has been hailed by environmental groups as a major development, the SPAR EC team are launching an initiative to urge their customers to consider alternative packaging options.

With hundreds of millions of shopping bags in circulation, SPAR EC managing director Conrad Isaac said they could no longer ignore their accountability in what was becoming an increasingly harmful situation in the world.

“We believe that safeguarding our environment and the future are often spoken about but not much is done,” he said.

“As the biggest food retailer in the Eastern Cape, I believe we have to take care of the health and wellbeing of the communities in which we operate.”

He said it had reached a situation where something tangible had to be done.

“If we carry on in this way and don’t do something about the mess we are creating it can only lead to the eventual destruction of our environment.

“So the dream is to clean up the place and to work towards creating a healthy and fresh environment in which we can live.”

Facing a massive challenge to change the consumer’s mind-set, SPAR EC are launching their campaign with a drive today and tomorrow (April 6 and 7) to encourage shoppers to swop plastic bags for paper bags.

Over these two days, while stocks last, members of the public will be given a paper bag free of charge for every 10 plastic shopping bags brought to any one of SPAR’s Eastern Cape outlets.

The plastic shopping bags can be from any retailer, not only SPAR.

An initial order of 300 000 paper shopping bags was placed to accommodate the demand. These are wax-lined, waterproof reusable bags, capable of carrying 12kg.

Having long been involved in the fight against pollution, Zwartkops Conservancy environmental manager Jenny Rump was full of praise for SPAR EC’s decision to take this initiative.

“We are over the moon with their passion for the project and this is a much-needed wake-up call,” she said.

The problem with plastic, she added, was that it was not biodegradable and, consequently, it never disappeared.

“All that happens is that it breaks up into smaller and smaller bits called micro plastic.

“Meanwhile the bigger pieces of plastic are eaten by animals who think it is food and more and more marine animals are being found with plastic in their stomachs.

“There was this tragic example of a whale found dead on an England shore. When they dissected it they found a huge amount of plastic tied all around its gut, which caused it to die.”

Isaac said they understood old habits would be hard to change.

“But we are inviting our consumers to join us in solving what is a very real problem in our society.

“To those consumers who have a concern and appreciate the enormity of the problem, we will be offering alternative options of shopping bags in all our stores.”

He added that he foresaw the campaign evolving into a far bigger project than just plastic bags, one that would eventually incorporate the collection and recycling of all plastic.

“For now we are focusing on plastic shopping bags, but if we can change the habits of the communities over time we will be contributing to a cause with real benefits for our society.”