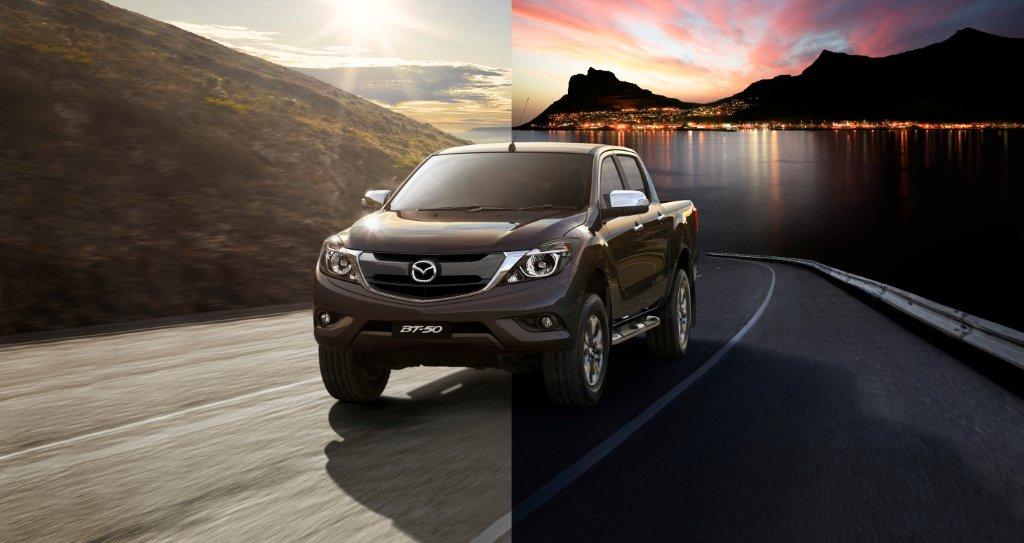 Brian Joss – Legend has it that the first pickup, better known as the bakkie in South Africa, was created in Australia more than 80 years ago (1938) and in America in 1941.

But Mazda in the 1930s developed the autorickshaw, a three-wheeled truck, which could be described as the forerunner of the bakkie.  Ford, however, introduced its first purpose-built truck, the 1917 Ford Model TT, over 100 years ago. They listened to their customers, who after the first Model T, wanted a vehicle that could be used to go to church on Sunday and take livestock to the market on Monday. The factory price for the TT was $600.

In 1935, Ford introduced the Model 50 pickup.  Down under bakkies are called Utes and in the US they are known as pickups. It has been reported that Ford Australia built the “bakkie” after they received a letter in 1932 from a farmer’s wife in Victoria, asking for a vehicle that they could use to drive to church on a Sunday and take the pigs to market on a Monday. The wife wrote to Ford: “My husband and I can’t afford a car and a truck but we need a car to go to church on Sunday and a truck to take the pigs to market on Monday. Can you help?”

In response designer Lew Bandt, who was Ford Australia’s entire design team at the time, developed the Ford V8 302. It was based on a car chassis with a load bed attached to the front cabin. The instrument panels, such as they were, were also taken from passenger cars.

The Mazda bakkie also has a history going back decades. Mazda was originally known as the Toyo Cork Kogyo Co and was formed in Hiroshima in January 1920. Founded to manufacture machine tools, Toyo Cork Kogyo was saved from bankruptcy in the late 1920s, by the Hiroshima Saving Bank as well as other business leaders in Hiroshima. It was in 1931 that Toyo Kogyo started making vehicles, with the introduction of the Mazda-Go autorickshaw. This was a three-wheeled truck.

In 1931, 66 units were built. The following year Toyo Kogyo started exporting these trucks to China. Then Using the Mazda-Go, Toyo Kogyo launched their first advertising campaign which saw four Mazda-Go Type KC36 trucks and one Mazda-Go Type-DC taking part in a caravan from Kagoshima to Tokyo.

The bakkies that were an ubiquitous part of the South African motoring landscape were basically boxes on wheels. The gear shift was either on the steering column or four-on-the-floor and if you wanted aircon you’d have to drive with the windows open. They didn’t have Bluetooth or SatNav and if you wanted to find your way about you would have to use paper maps. If you wanted to reverse you would have to crane your neck at an impossible angle to see where you were going and slam on the brakes if your were reversing too quickly. No rearview cameras then or parking sensors, for that matter.

But the bakkie has come a long, long way since those early days. Witness the Mazda BT-50 which has undergone a facelift since I drove one last year (The Gremlin August 24). It has all the bells and whistles including electric seats; a rearview camera on the mirror. What is doesn’t have though is power steering: the Mazda BT-50 has kept the hydraulic steering system and it is a bit heavy at low speeds which makes parking a bit of a sweat, especially if it is in an underground area that’s a bit smaller than the average parking lot. Otherwise the steering is accurate with lots of feedback. Which is a boon off-road. The test car was the flagship 3.2L 4×4 6AT SLE turbocharged diesel.

The KODO design inspired Mazda BT-50 was first introduced to the South African market in 2012. It was with the aim of extending its appeal to a wider range of customers. So instead of your basic bakkie the BT-50 became a “lifestyle vehicle” that could be used for the daily commute; taking the family on holiday or doing a bit of bundu-bashing. And you can change from 2H to 4H while on the move when you’re off-road.

Inside, there have been several refinements: Bluetooth; steering wheel switches; cruise control; an auto dimming mirror and of course, an electrically adjusted driving seat. The cabin is well finished, plenty of storage place, also between the seats and large door pockets in the front and back. The controls are easy to use.

What hasn’t changed much is the infotainment system: it’s pretty basic and in my opinion the figures are still hard to read. Perhaps the next generation BT-50 will have an improved version.

On the road, the Mazda BT-50 has plenty of grunt and the six-speed auto transmission works well with the 3.2 litre engine, although there is some hunting at lower speeds in heavy traffic. The ride is comfortable, even over gravel with an empty load bay. There’s more than enough room up front and three large adults won’t feel squashed at the back. The five-cylinder diesel engine produces 147 Kw and 470 N.m of torque. As far as fuel goes, with a light foot, you could achieve just over 10 litres/100km. The build quality was good and there were no unexplained wheezes or rattles. Although at higher speeds the cabin is a bit noisy and you don’t to shout so the backseat passengers can hear you. Incidentally, the BT-50s come from Mazda’s plant in Thailand. From this year, Mazda will go into partnership with Isuzu which means that the BT-50 and KB double cab will share the same underpinnings, components and drivetrains. You can expect to see the product of the new partnership on showroom floors in 2020.

Summing up, I enjoyed driving the Mazda BT-50 around the Peninsula. It tackled some of the more mountainous, twisty passes with ease; it easily kept up with fast moving heavy traffic on the motorways and apart from being a bit more difficult to park, it felt at home in the city streets. I think Mazda has found the happy medium with the BT-50. It will prove its value as a workaday bakkie or as a lifestyle vehicle.

Mazda offers an unlimited kilometre warranty over three years, as well as a three-year service plan. Service intervals are at 15 000 km. The 3.2L 4×4 6AT SLE turbocharged diesel carries a price tag R561 300.