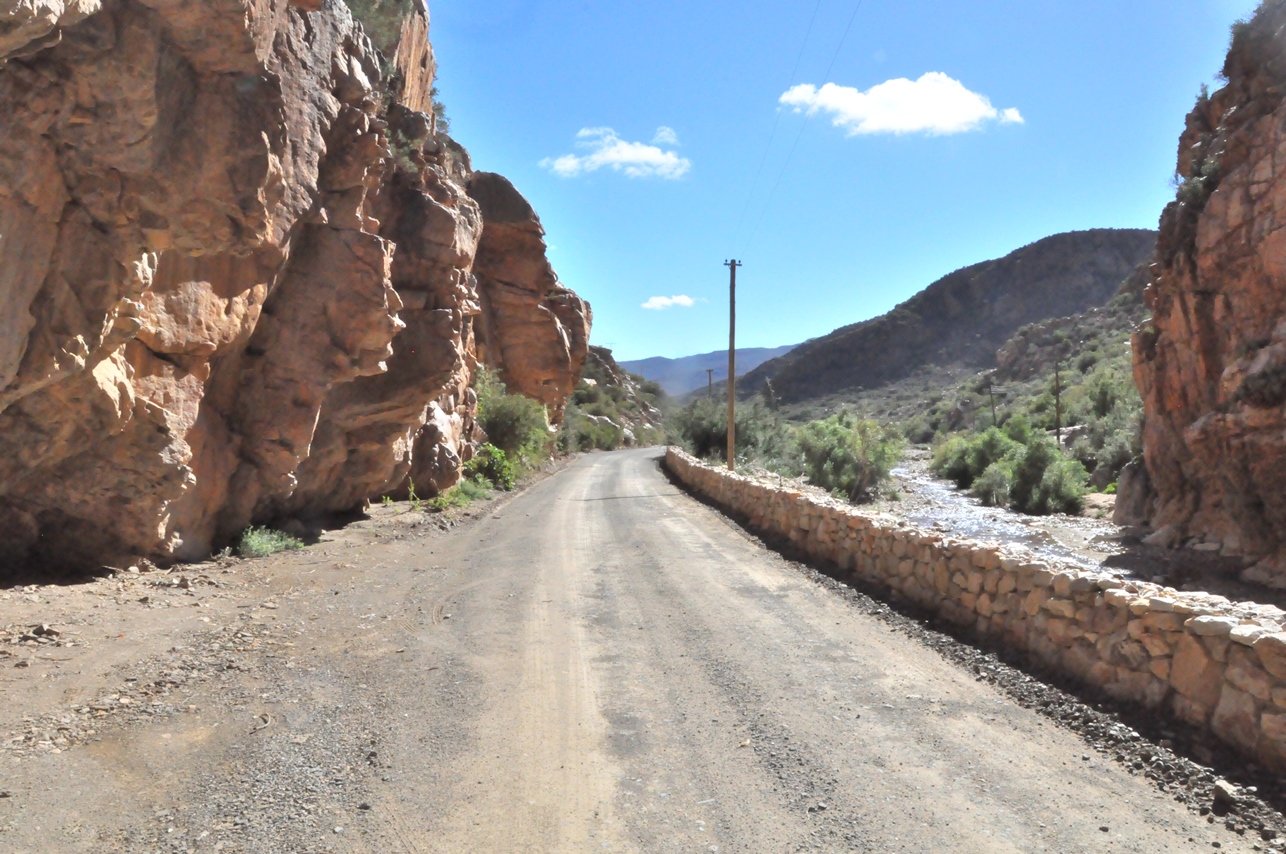 This R10 million reconstruction project has been almost a year in the making, following the April flash flood last year, which washed away the section of the pass between its entrance on the Prince Albert side of the Swartberg Mountain and Tweede Water.

“A major economic driver to both Prince Albert and Oudtshoorn is tourism. Tourism activities include annual visits to the Swartberg Pass. For this reason, restoring the pass to its normal operations became of top priority for the Department of Transport and Public Works and the Prince Albert Municipality,” said Minister Grant.

This “in-house” project saw the appointment of an additional 16 temporary local workers during the project. There is also one skilled worker doing the wall reconstruction work. The construction team responsible for the reconstruction of the wall received training in the packing of dry walls to help develop their skills. Plant operators were also hired when necessary.

This road will have far-reaching economic benefits for this region, linking the Great Karoo and the Klein Karoo.