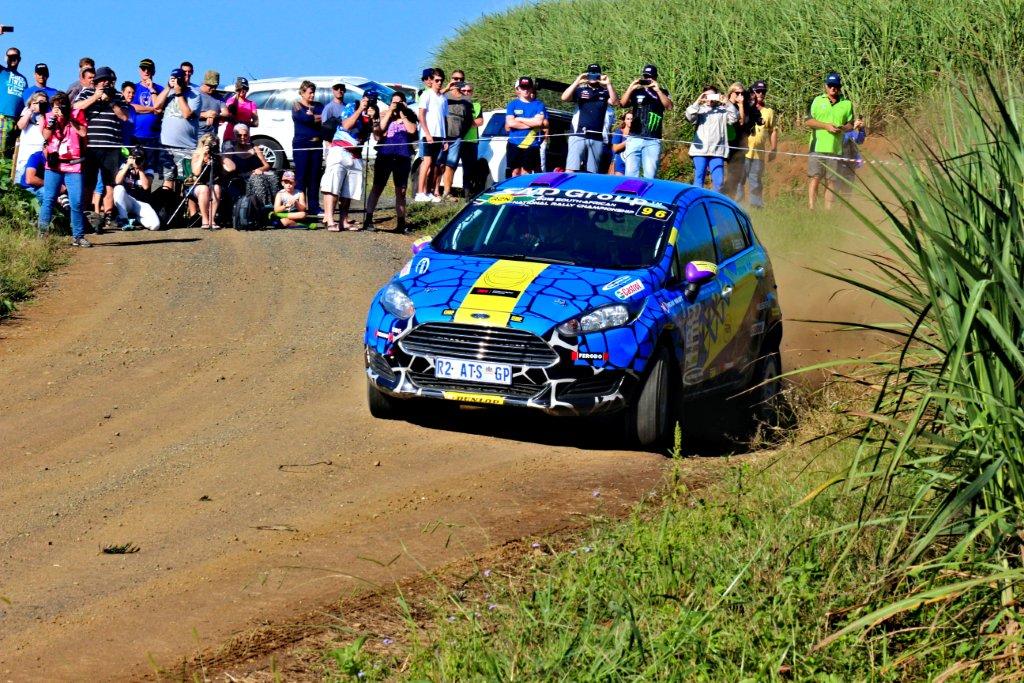 Brian Joss – Who will be the beast in the east?

The Young Guns – Richard Leeke and Henry Köhne – head to the York Rally in Sabie next weekend eager to cement their lead at the top of the South African Rally Championship.

With silverware from the opening round of the championship still gleaming in the trophy cabinet, the Speedglas Welding crew are off to the best possible start – especially with their arch-rivals failing to score in KZN in February. But the Young Guns are acutely aware of two things: success and disaster on a rally is a matter of millimetres, and that reigning champs Guy Botterill/Simon Vacy-Lyle will be calling on all their considerable resources to ensure the best chance of success in the forests.

Round Two of the championship, which gets underway on April 20 from the quaint timber industry town, is also the longest of the year, with a total event distance of just under 500 kilometres and 220 kilometres of special stages. This includes three tarmac stages.

Proceedings get underway at 10am on Friday April 20 and with the York Rally forming part of the FIA African Rally Championship, spectators can look forward to seeing some rally exotica in action.

However, the local interest will focus on the R2N category which is the top class in South Africa. The battle between the Fiesta of Leeke/Köhne and the Etios of Botterill/Vacy-Lyle is expected to be a highlight. However, the Polo of AC Potgieter and Nico Swartz seems to be coming on song and could make it a three-way tussle.

Says Leeke, recently nominated for the South African Guild Of Motoring Journalists’ Motor Sportsman Of The Year award: “Being longer than usual means the York requires a slightly different strategy but it isn’t as if you can settle down to a cruise and wait for the rally to come to you. You still need to be on it from the start!”

Leeke expects to encounter the familiar blend of fast but undulating roads where there is little room for error between the timber. Thanks to a local dealer, Nelspruit Ford, the team has enjoyed some much-appreciated support, including the use of a vehicle to recce the route.

“A driver needs to be precise in these conditions and the co-driver needs to be extremely accurate in his calls too,” explains the 22-year-old. “In many ways this event is the essence of the sport so we’re looking forward to it more than ever before. Our test last week was a success and we’re ready to get to Mpumalanga and repeat what we did in KZN.”

Rally fans can follow the Young Guns on their Facebook page: Team ATS Racing, and keep abreast of timing on the event via the National Rally championship’s Telegram handle: SA Rallying, or the live timing facility on the NRC website: http://www.sarallying.co.za/livetiming/