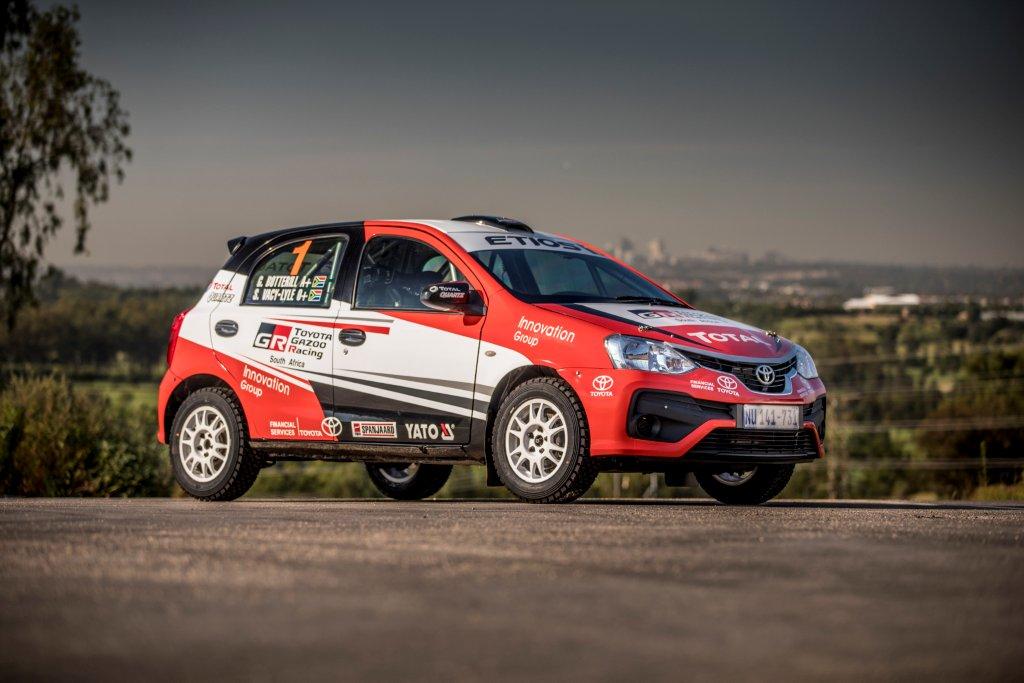 “We were bitterly disappointed to get our campaign started with a retirement,” says Botterill. “We were very excited to get our season under way, and the updated Etios R2 showed a lot of promise in pre-season testing.”

But gearbox trouble early in the opening round saw the crew drop behind the Ford crew of Richard Leeke and Henry Köhne (Ford Fiesta R2). The Toyota Gazoo Racing SA crew, however, fought back after installing a new gearbox during a service stop. They made up time hand over fist, and were soon back in the lead of the rally.

“Unfortunately, we ran into a problem with the front differential near the end of the event,” explains Botterill. “We were going along at a fantastic pace, when all drive to the wheels suddenly ceased. We had no choice but to retire from the event.”

The crew stripped the Toyota Etios R2 down after the event, tracked down the problem, and Botterill is confident that the car is in perfect shape for the upcoming York Rally – Round 2 of this year’s South African National Rally Championship.

“We’ve double, and triple checked every component, nut and bolt,” says Botterill. “By its very nature, the sport of rallying is unpredictable, but we feel that we’ve done everything in our power to prepare the car.”

Preparation is certainly key for the upcoming rally, as the York Rally has a reputation as a very tough event with a high attrition rate. The rally, formerly known as the Sasol Rally, takes place in and around the town of Sabie, Mpumalanga, and the action gets under way on Friday, 20 April 2018.

The rally comprises a mix of tarmac and tough gravel stages, and concludes with the spectacular downhill sprint to the finish just outside the town of Sabie.

Over the years many of South Africa’s rally legends have tried – and failed – to win this tough event. Seen as the crown jewel of the South African rally calendar, the York Rally also incorporates a round of the African Rally Championship, with crews from around the African continent making the journey to compete in Mpumalanga.

“Winning the York Rally is certainly something that all rally drivers aspire to,” concludes Botterill. “But a lot has to happen before the podium celebrations, and as much and we are confident, we also recognise that this is probably the toughest event of the year, often punctuated by wet and cold weather. Even so, we can’t wait to get going in Sabie.”